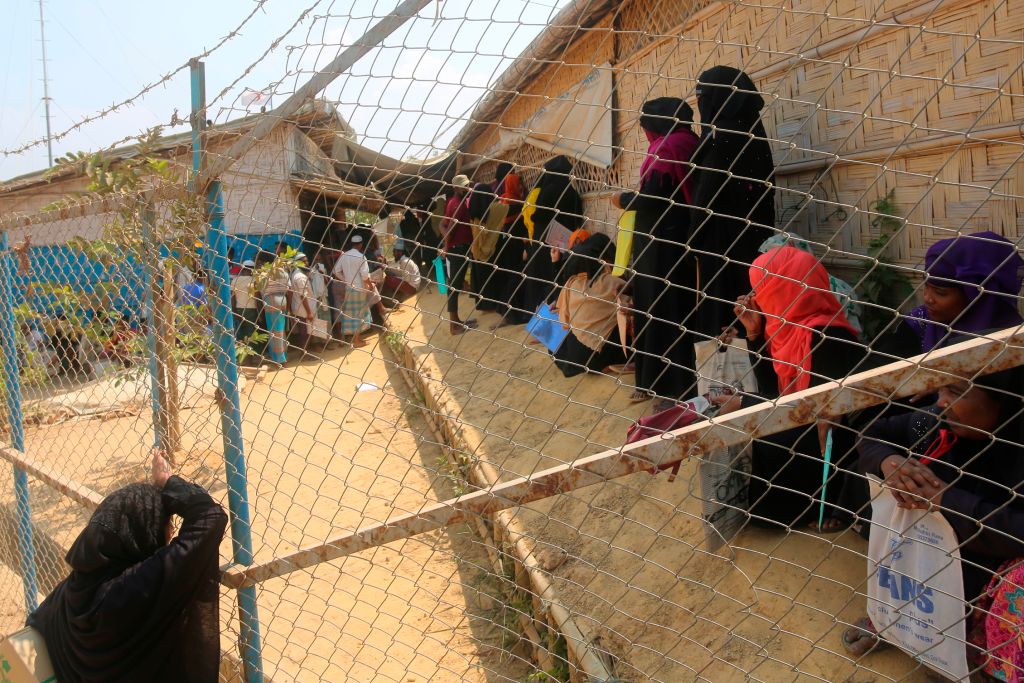 Rohingya refugees, without wearing any mask or any other safty gear as a preventive measure against the COVID-19 novel coronavirus, wait in a relief distribution point at Kutupalong refugee camp in Ukhia March 24, 2020. (Photo by SUZAUDDIN RUBEL/AFP via Getty Images)

Bangladesh, together with the UN and other humanitarian partners, has made efforts to reduce the risk of COVID-19 spreading to the camps outside Cox’s Bazar, including a recent decision to increase COVID-19-specific assistance, stop large gatherings, and order preventative measures.

Amnesty’s new research has found basic, accurate information about the illness and measures to prevent its spread is failing to reach many people in the camps, and especially older people, as the humanitarian response pays insufficient attention to their specific needs.

“Older displaced people face a devastating combination: they are the group most at-risk of COVID-19, and they are also the group least included in humanitarian response. Their invisibility must end now. Governments, donors, and humanitarian organisations must put older people at the centre of their planning and response, to minimize the deadly consequences of this global pandemic,” said a statement from Amnesty International.

Amnesty interviewed 15 older Rohingya women and men living in seven of the 34 refugee camps near Cox’s Bazar, in the last week of March.

Only one of the 15 older people interviewed by Amnesty had anyone come to their shelter to provide information about COVID-19. A few others received news through family members about the disease and preventative measures like frequent hand-washing.

“I’m very afraid, because if the virus arrives to the camp, no one will be alive, as here many people are living in very small place,” said Hotiza, a woman around 85 years old.

Though efforts are made to spread information regarding COVID-19 using megaphones attached to tuktuks and blasting messages in the camps in the Rohingya language, most older people were not able to hear it properly.

“I didn’t hear any new things, just people are saying, ‘A disease is coming, pray,’” said Abdu Salaam, 70, who said he had a physical disability that left him unable to walk well. He also lacked access to adequate care for pain and other significant health problems.

Amnesty is calling on donors, the UN, and humanitarian organisations to act urgently to ensure older people can access critical information safely and quickly, as well as put preventative measures into practice, including by ensuring older people have access to sufficient water and sanitation infrastructure.

Amnesty International released a report on the impact of conflict and displacement on older people in Myanmar in June 2019. It revealed that the humanitarian response has failed to respect older people’s rights to health, food, water, and sanitation in the Bangladesh refugee camps. Many problems stem from not including older people’s views and inputs and from not considering their needs and risks when designing assistance.