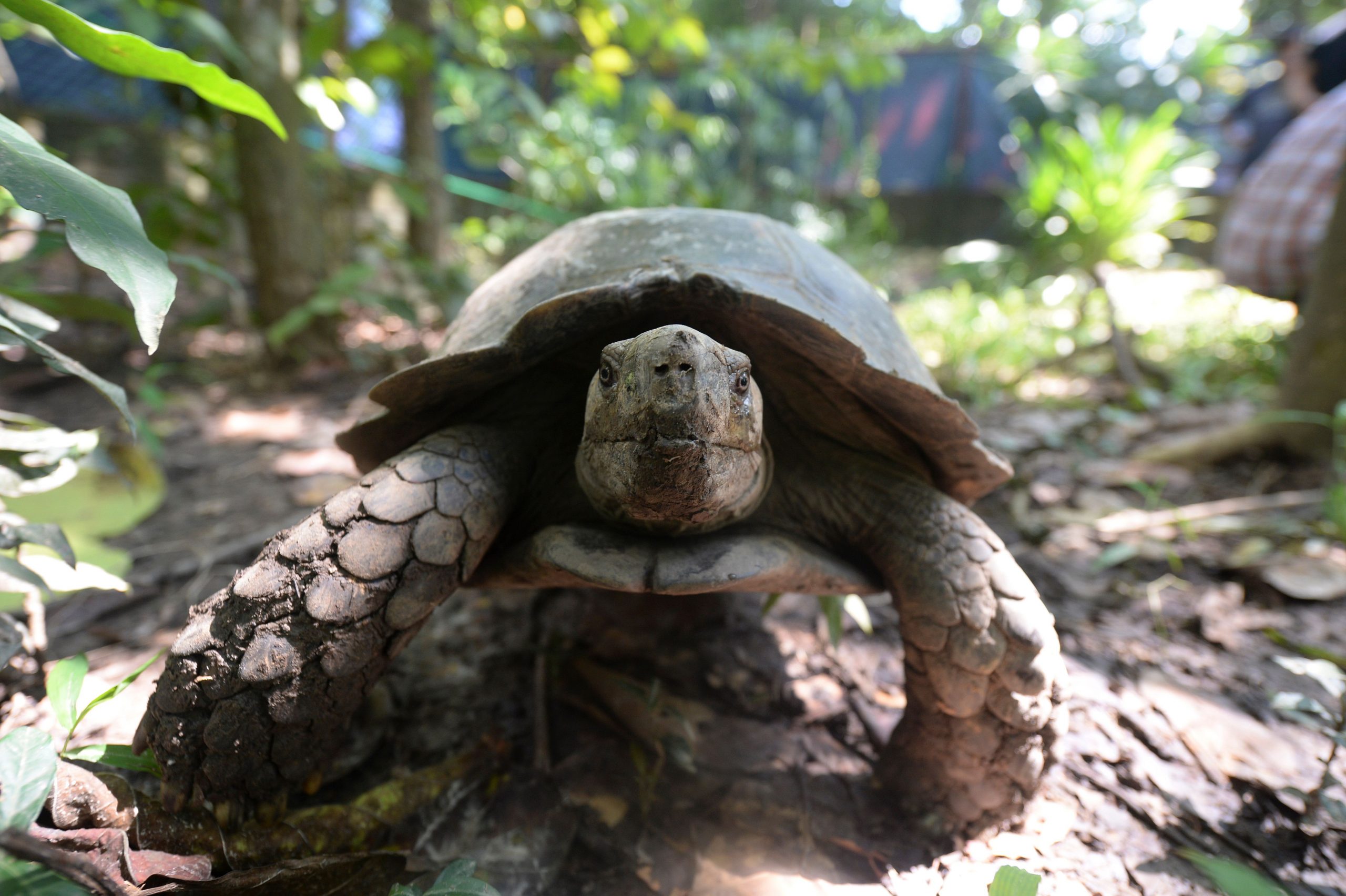 An Asian giant tortoise at the Turtle Conservation Centre at a forest reserve in Rajendrapur,, some 40 kilometres north of capital Dhaka. (Photo by MUNIR UZ ZAMAN/AFP via Getty Images)

CONSERVATIONISTS in Bangladesh have released 10 tortoises into a remote forest as they attempt to revive the critically endangered species in a region wrecked by deforestation and poaching.

Once abundant across the country’s dense tropical forests, Asian Giant Tortoises had all but disappeared from the lush Chittagong hills.

The area has been stripped bare of vegetation for new roads and development, and the tortoises are also popular in local tribal cuisine.

The 10 tortoises released into the area on the weekend were raised in captivity after their parents were rescued from slaughter.

Turtle Survival Alliance president Rick Hudson said on Monday (20) that the re-wilding was “a really big first step” to returning the creatures to their native habitat.

Each tortoise will be fitted with a transmitter and their movements will be monitored by biologists.

The species is the largest of its kind in Asia and can weigh up to 35 kilograms (77 pounds). It is believed to be of one of the world’s oldest tortoise lineages.