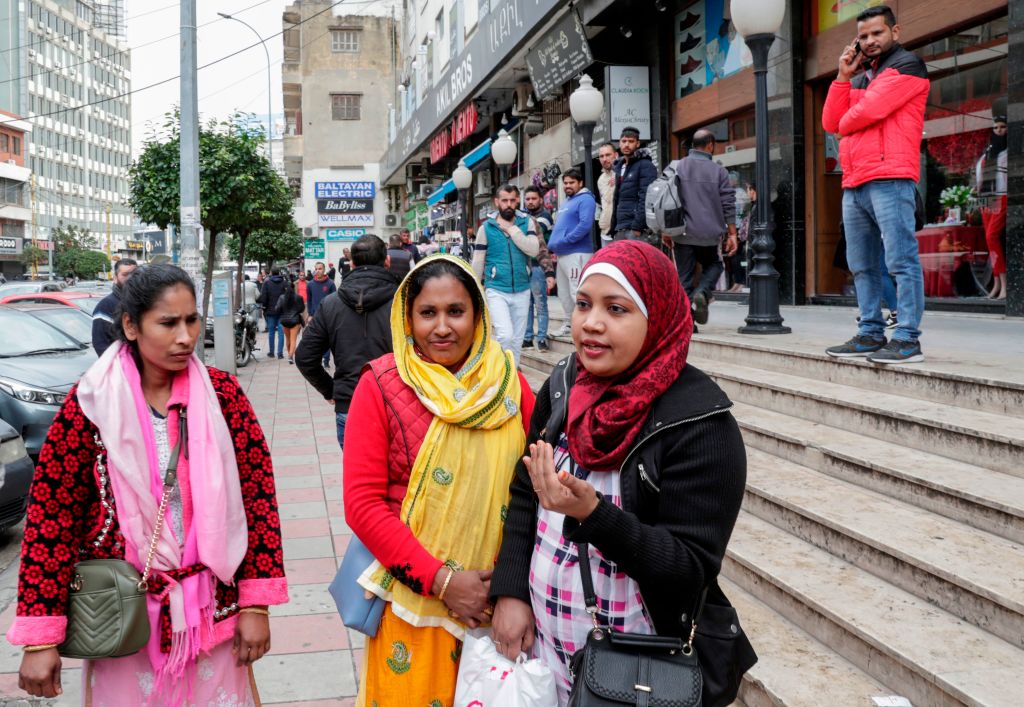 FILE PHOTO: Djasmin Begon (R), a 32-year-old domestic worker from Bangladesh is pictured during an interview in the Lebanese capital Beirut (Photo by ANWAR AMRO/AFP via Getty Images)

Remittance hit a 15-month low in March in Bangladesh due to the economic fallout in the global economy due to the ongoing COVID-19 pandemic.

In March, expatriate Bangladeshis sent home $1.28 billion, down from 12 per cent a year ago and 11.36 per cent one month earlier, according to data from the central bank.

The pandemic has put an adverse impact on remittance, officials said.

The country’s major economic indicators including exports, imports and mobilising revenue have been showing poor performance in recent months, but remittance continued to maintain an upward trend.

This helped mitigate the balance of payments related crisis as well, the Bangladesh Bank official said.

The monthly volume of remittance stood at $1.20 billion in December, after which the volume maintained a satisfactory trend till February.

The price of petroleum in the global market has sharply declined in the recent period, which has made the financial activities come to a halt in the Middle East, the region where the majority of Bangladeshi expats work.

The government’s move to provide a 2 per cent cash subsidy for remittance senders from fiscal year 2019-20 had earlier helped increase remittance significantly.

But the policy measure is not working due to the ongoing financial crisis.

Between the months of July and March this fiscal year, expatriate Bangladeshis sent home $13.78 billion, up 16.15 per cent from one year ago.