The big unforgettable moments at Cannes 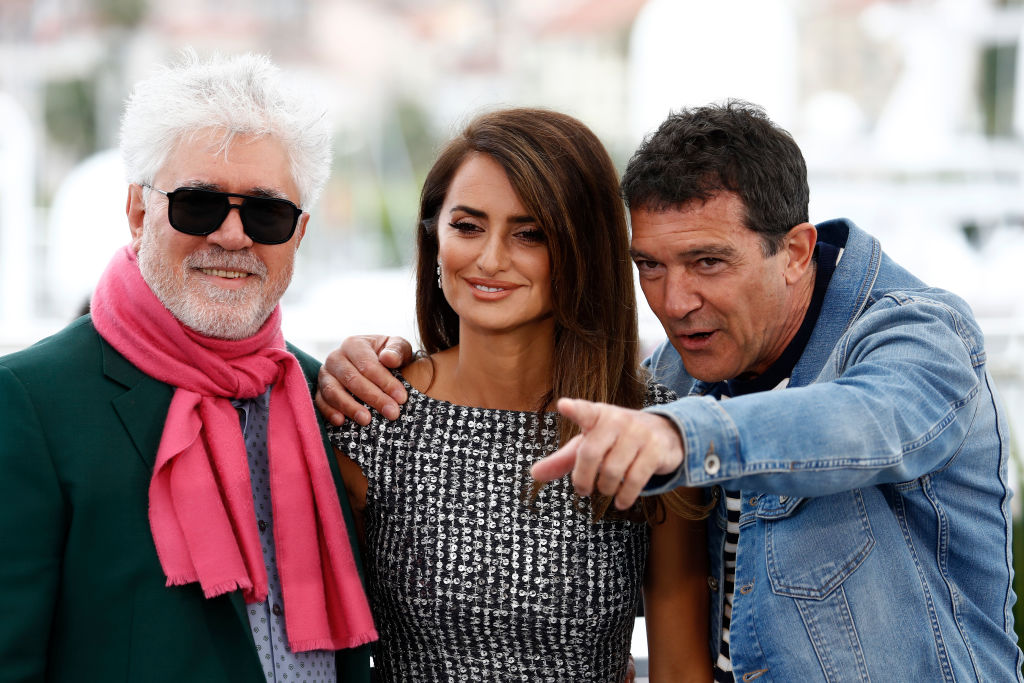 The Cannes film festival serves up 12 days of movie magic on the French Riviera each May.

Here are the biggest moments, on and off screen, that have made 2019 a vintage year:

Twenty-five years after he ripped up the rule book for independent cinema with his Palme d’Or-winning “Pulp Fiction”, Quentin Tarantino returned to Cannes with one of his best-reviewed films in years.

The world premiere of “Once Upon a Time in Hollywood”, a dark fairytale set in the Tinseltown of 1969, sparked frenzied scenes of festival-goers rushing to catch the first glimpse of the movie.

When it was all over, the director and his stars Leonardo DiCaprio, Brad Pitt and Margot Robbie basked in a rapturous six-minute standing ovation.

A visibly moved Tarantino gave the crowd what it wanted: his rendition of the two-fingered eye swipe from John Travolta and Uma Thurman’s unforgettable dance scene in “Pulp Fiction”.

Elton John came to Cannes to join the pantheon of rock legends with their own sequin-spangled biopics, and “Rocketman” blew away audiences on the famed seaside Croisette boulevard.

Despite wincing in pain during a photo session from an apparent hip problem and limping his way down the festival’s fabled red carpet, John rallied for his movie star moment.

The “Tiny Dancer” singer fought back tears as the crowd cheered the high-energy picture and it was waterworks again when the on-screen Elton, British actor Taron Egerton, tried to talk about his feelings about playing the pop legend.

At the raucous after-party, John sat down at a grand piano on the beach and brought the house down with a soaring duet with Egerton of the title track.

Spain’s most acclaimed director Pedro Almodovar reunited with two stars from his early films, Antonio Banderas and Penelope Cruz, for his stunner of a Cannes contender, “Pain and Glory”.

Banderas plays a film director loosely based on Almodovar himself while Cruz appears as his mother in flashbacks, meaning the two A-list celebrities never appear on screen together.

“I’ve never dared to kiss anyone in such an intimate way,” Almodovar later told reporters.

“Two 50-year-old men kissing with so much passion and excitement on screen is not often seen.”

Waving green bandanas, they turned out to support the Argentinian documentary “Let It Be Law”, which premiered at the festival.

It tells the story of the struggle for women’s rights in the overwhelmingly Catholic country, which has become bitterly divided over abortion.

And a year after the #MeToo scandal over sexual misconduct in the entertainment industry rocked the festival, one accuser made a dramatic entrance.

Sand Van Roy, whose rape allegation against French film mogul Luc Besson was dropped in February for lack of evidence, walked up the vaunted steps to the Palais main venue with the words Stop Violence Against Women tattooed on her back, next to a raised-fist feminist symbol.

No Cannes festival is complete without a scandal and this year it was one of France’s top directors who delivered the goods.

Critics walked out in droves from Abdellatif Kechiche’s “Mektoub, My Love: Intermezzo”, dismissing the ode to pole dancing and women’s derrieres as a pointless jiggle fest that exploited its female cast.

At a stormy press conference, the director defended the rambling three-and-a-half-hour epic, which included a 13-minute explicit sex scene in a nightclub toilet, as a tribute to “love, desire, bread, music and the body”.

But Kechiche, who won the Palme d’Or won in 2013 for the lesbian love story “Blue Is the Warmest Colour”, railed at an AFP question about sex assault allegations levelled against him in October.

Branding the query “stupid and sick”, he said he had a “clear conscience” but that the “new morality of our time disturbs me”.

Rainy, cool weather put a dampener on many of this year’s festivities, washing out yacht parties and beach screenings.

Cannes organisers have a nose for showmanship, however, and turned one night’s downpour into a playful tribute to classic cinema.

Guests for the final instalment of Claude Lelouch’s “A Man and a Woman” trilogy were treated to “Singin’ in the Rain” on the loudspeakers as they made their way up the sodden red carpet.

A few attendees even twirled their umbrellas.