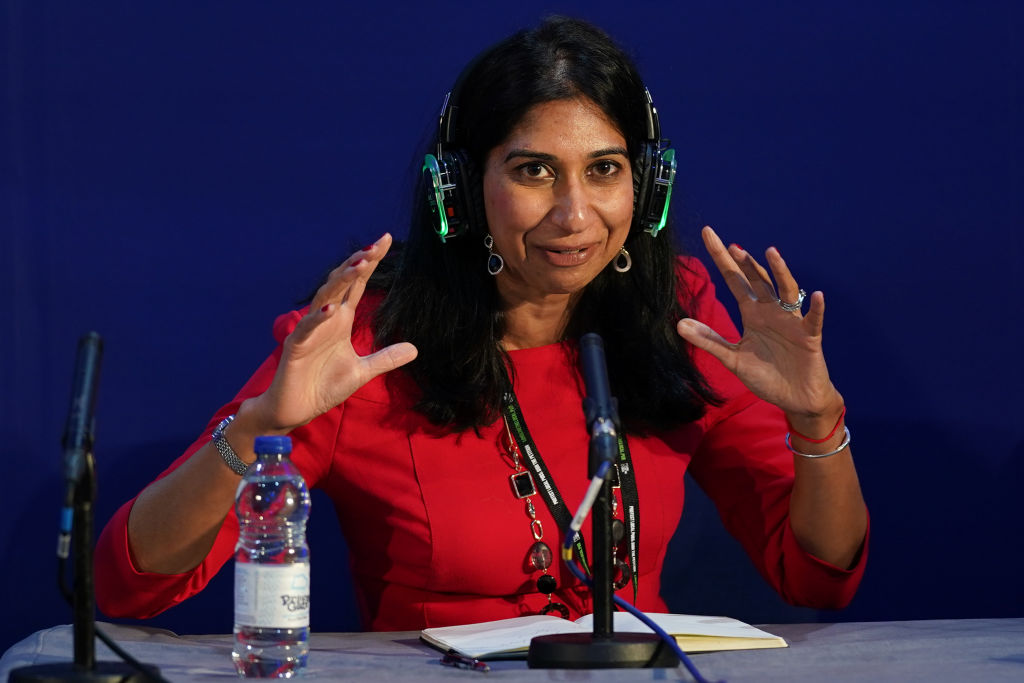 British home secretary Suella Braverman may ensure suspects anonymity before they are charged in a radical change to the existing criminal justice system, according to reports.

The minister told a Young Conservatives event on Monday (3) that the government is considering such a proposal due to concern over the identification and treatment of people wrongly accused of sexual abuse.

According to Braverman, trial by media will only undermine the criminal justice system.

During her speech, the minister blamed the ‘media circus’ surrounding accusations against the singer Cliff Richard and the former MP Harvey Proctor. They both alleged that ‘media trials’ had ‘ruined their lives’.

“I think that we’ve had some high-profile instances where the media circus around a suspect, who has not been charged, can be and has been devastating,” she told the Tory conference in Birmingham.

While calling for a radical change to the present system, Braverman said that ‘coverage of people prior to charge can be very, very damaging’ especially if the charges are not pursued or they’re dropped later.

South Yorkshire police investigated Sir Cliff for allegedly assaulting a teenage boy in 1985. He denied the allegations and was never charged. In 2016, the case was dropped. The case was settled for £400,000.

The BBC broke the news regarding raid on his home in Sunningdale, Berkshire in 2014. Later, a judge ruled that Richard’s right to privacy outweighed the BBC’s right to free expression. He received initial damages of £210,000.

Proctor lost his job and home following alleged claims of a paedophile ring in Westminster.It was later reported that the source for the claims, Carl Beech, known by the pseudonym Nick, had lied to senior Met police officers.

Sir Cliff launched a campaign with radio DJ Paul Gambaccini, also falsely accused of historical sex offences, to bring in changes into the system so that the accused will remain anonymous unless and until the police issue charges.

According to them, the privacy law gives insufficient protection and an amendment in the next criminal justice bill is an immediate requirement.

UK home secretary also pointed out her concerns regarding arrival of foreign students in UK. She said that students enroll in ‘low quality’ courses and bring along their dependents.

Braverman also urged the government to examine the quality of courses these foreign students are pursuing in the country.

UK government sources said that Braverman will set out plans on Tuesday (4) for new powers which would ban migrants who cross the English Channel from claiming asylum.

The government has been under pressure to deal with the rising number of people making dangerous journeys despite plans to deport those arriving illegally to Rwanda.

More than 30,000 people have made the crossing in small boats so far this year, already surpassing last year’s record. Government officials have warned the total could reach 60,000 by the end of the year.