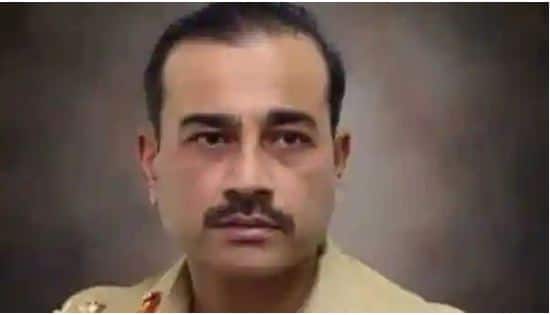 Pakistan’s newly-appointed Army chief General Asim Munir on Saturday (3) said that if his country is attacked, the Pakistani armed forces will “not only defend every inch of our motherland, but to take the fight back to the enemy.”

Munir made the remarks during his first-ever visit to troops in the frontline areas in Rakhchikri Sector of the Line of Control (LoC) on Saturday.

“We have noticed highly irresponsible statements from Indian leadership on Gilgit Baltistan and Jammu and Kashmir recently. Let me make it categorically clear, Pakistan’s armed forces are ever ready, not only to defend every inch of our motherland, but to take the fight back to the enemy, if ever, war is imposed on us,” he said.

General Munir on November 24 replaced General Qamar Javed Bajwa, who retired after serving two consecutive three-year terms as the Army chief in the coup-prone country, where the military wields considerable power in matters of security and foreign policy.

During his visit to the frontline areas, Chief of Army Staff Gen Munir was briefed on the latest situation along LoC and operational preparedness of the formation.

General Munir interacted with officers and soldiers, appreciating their high morale, professional competence and combat readiness while performing their duties in challenging conditions.

He also talked about some recent statements by Indian officials about Jammu and Kashmir and Gilgit-Baltistan.

“Any misconception resulting into a misadventure will always be met with the full might of our armed forces backed by a resilient nation,” he said.

Relations between India and Pakistan have been strained over the Kashmir issue and cross-border terrorism emanating from Pakistan.

The ties between the two countries nosedived after India abrogated Article 370 of the Constitution, revoking the special status of Jammu and Kashmir and bifurcating the State into two Union Territories on August 5, 2019.

India’s decision evoked strong reaction from Pakistan, which downgraded diplomatic ties and expelled the Indian envoy. Trade ties between Pakistan and India have largely been frozen since then.

India has told Pakistan that the entire Union Territory of Jammu Kashmir and Ladakh were and will always be an integral and inalienable part of the country.