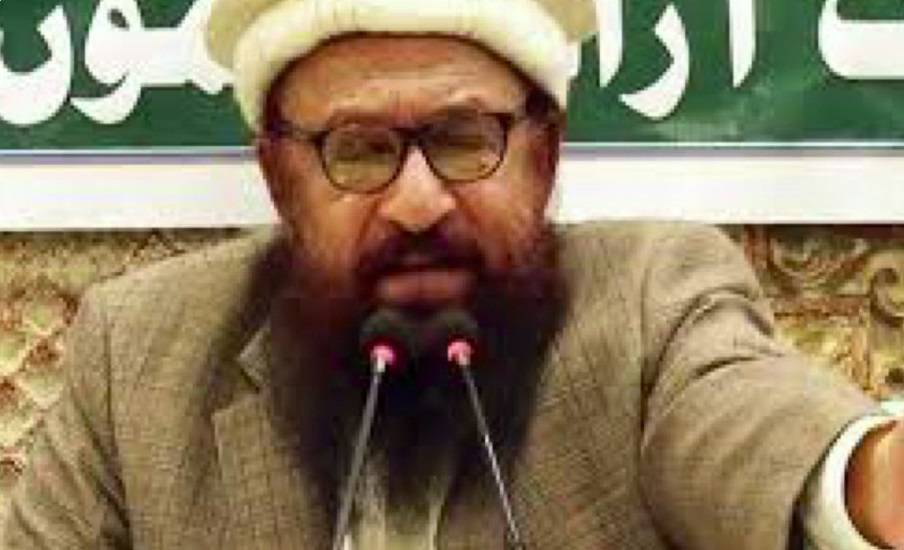 In a major diplomatic victory for India, Abdul Rehman Makki was designated a global terrorist by the UN after China lifted its hold on a joint India-US proposal to blacklist the deputy chief of Pakistan-based terror group Lashkar-e-Taiba.

The UN Security Council’s 1267 ISIL (Da’esh) and Al Qaeda Sanctions Committee added 68-year-old Makki to its list of designated terrorists on Monday, subjecting him to an assets freeze, travel ban and arms embargo, after years of efforts by India and its allies.

Makki’s listing comes seven months after China, a close ally of Pakistan, had put a hold on June 16, 2022 on a joint proposal by India and the US to designate the head of the political affairs wing of JuD/LeT and the brother-in-law of LeT chief Hafiz Muhammad Saeed.

Responding to a question on why China decided to lift its technical hold on blacklisting Makki as a global terrorist, Chinese Foreign Ministry spokesman Wang Wenbin defended the move, saying that listing of terrorists is conducive to enhancing global counterterrorism cooperation and praised Islamabad for backing counter-terrorism efforts.

“Terrorism is the common enemy of humanity,” Wang Wenbin told a media briefing in Beijing.

India on Tuesday welcomed the UN Security Council decision to declare Makki as a global terrorist and said threats from terrorism in the region remain high and sanctions by the UNSC are an effective tool to curb such threats.

Makki has occupied various leadership roles in LeT, including raising funds for the organisation, he said in New Delhi.

“Threats from terrorist organisations in the region remain high and listings and sanctions by the UNSC, are an effective tool to curb such threats and dismantle terror infrastructure in the region,” Bagchi said.

Decisions to list individuals and entities under the 1267 Sanctions Committee are made through consensus.

Of the 15 Security Council members that make up the Al Qaeda Sanctions Committee, veto-wielding permanent member China was the sole hold-out during the process to list Makki.

As per the Committee’s guidelines, a Member may request more time to consider a proposal by placing a hold on the decision. For the duration of the validity of any hold placed on a matter, the decision on that matter will be considered “pending”.

The Committee Member that has placed the hold is required to provide updates after three months on its progress in resolving the pending matter.

If the hold placed on a proposal is lifted, the UN Secretariat is bound to immediately update the ISIL (Da’esh) and Al-Qaeda Sanctions List and inform the Member States concerned about the Committee’s decision.

China has repeatedly placed holds and blocks on bids by India and its allies to list Pakistan-based terrorists.

In May 2019, India had won a huge diplomatic win at the UN when the global body designated Pakistan-based Jaish-e-Mohammed chief Masood Azhar as a global terrorist, a decade after New Delhi had first approached the world body on the issue. China was the sole hold-out in the 15-nation body on the bid to blacklist Azhar, blocking attempts by placing a “technical hold”.

In 2009, India first moved a proposal to designate Azhar. This was followed by similar efforts together with the US, the UK and France in 2016 and 2017 but on all occasions, China’s holds blocked India’s proposal from being adopted by the sanctions committee.

The Sanctions Committee provided a narrative summary of reasons for Makki’s listing in which it said Makki and other Lashkar-e-Taiba/Jamaat-Ud-Dawa operatives “have been involved in raising funds, recruiting and radicalising youth to violence and planning attacks in India, particularly in Jammu and Kashmir.

The UN said in a press release Makki “is deputy Amir/Chief of Lashkar-e-Taiba (LeT) a.k.a Jamaat-ud-Dawa (JuD) and Head of Political Affairs Wing JuD/LeT. He also served as head of LeT’s foreign relations department and a member of Shura (governing body). He is the brother-in-law of JuD/LeT Chief Hafiz Muhammad Saeed.” Former Indian diplomats hailed Makki’s listing as a huge success for the country’s diplomacy.

“First terrorist listing proposal by India in the Security Council to be approved and, further, expressly mentioning terrorist attacks in Jammu and Kashmir emanating from Pakistan. India’s presence in the Council and as Chair of the Counter-terrorism Committee has considerably enhanced the focus on terrorism, including cross-border terrorism,” Tirumurti said.

Notably, the proposal in June 2022 by India to list Makki under the UNSC sanctions committee was made under Tirumurti’s tenure as India’s Ambassador to the UN.

India was a member of the UN Security Council for the 2021-22 term and Tirumurti was Chair of the UN Counter-Terrorism Committee last year before retiring from the Indian foreign service.

India’s former Permanent Representative to the UN Ambassador Syed Akbaruddin said in a tweet, “1 more success for @IndianDiplomacy. Abdul Rahman Makki designated by @UN Sanctions Committee…The pursuit of the rest continues.” It was under Akbaruddin’s leadership at India’s Permanent Mission to the UN here that India won a huge diplomatic win in May 2019 when the global body had designated Pakistan-based Jaish-e-Mohammed chief Masood Azhar as a global terrorist, capping a decade-long relentless effort by New Delhi to sanction Azhar, the mastermind of the attack on the air base in Pathankot in January, 2016.

Makki, born in Bahawalpur, Punjab Province of Pakistan, is a US-designated terrorist and is the deputy chief of LeT, head of the political affairs wing of JuD/LeT, a member of JuD’s Markazi (Central) Team and Daawati (proselytization) team.

Makki also served as head of LeT’s foreign relations department and a member of Shura (governing body). He is the brother-in-law of JuD/LeT Chief Hafiz Muhammad Saeed.

The UNSC 1267 Sanctions Committee said Makki, “wanted by the Indian Government”, was listed as being associated with ISIL or Al-Qaida for “participating in the financing, planning, facilitating, preparing, or perpetrating of acts or activities by, in conjunction with, under the name of, on behalf of, or in support of”, “recruiting for”, “otherwise supporting acts or activities of”, and “either owned or controlled, directly or indirectly, by, or otherwise supporting” Lashkar-e-Taiba.” “Makki was arrested on May 15, 2019 by the Pakistan Government and was under house arrest in Lahore. In 2020, a Pakistani court convicted Makki of terrorism financing and sentenced him to prison,” the sanctions committee said.

The sanctions committee said that while Makki has held his leadership positions within LeT and JuD, LeT has been responsible for or had involvement in prominent attacks including the Red Fort Attack in which six LeT terrorists had stormed Red Fort on December 22, 2000 and had opened indiscriminate fire on the security forces guarding the Fort.

Describing the 26/11 Mumbai terror attacks as the “most audacious attack by LeT in India”, the committee said 10 LeT terrorists from Pakistan entered via the Arabian Sea in Mumbai with pre-decided targets out of which Amir Ajmal Kasab was caught alive, the rest were killed.