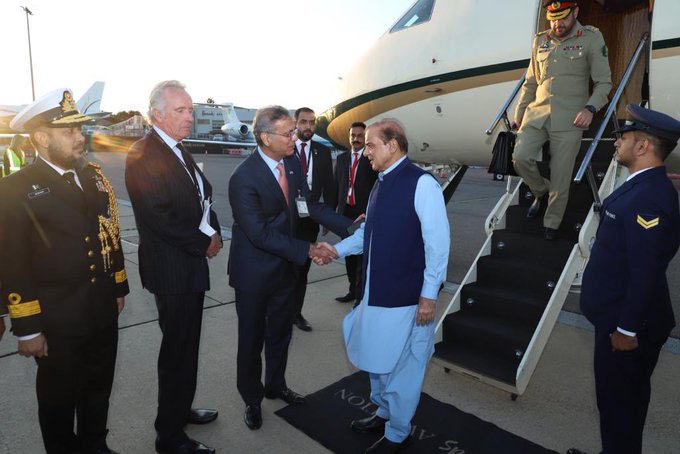 According to the Foreign Office, Sharif will represent the country at the state funeral.

The funeral of the Queen will take place at 11:00 BST on Monday at Westminster Abbey in London.

Sharif will also hold meetings with political leaders during the visit, reports said.

Sharif will also meet his brother Nawaz Sharif to discuss the current political and economic situation in Pakistan among other issues.

Later on Monday, Sharif will travel to New York to addres the UN General Assembly session on September 23.

“He will then return to Pakistan after his UNGA address,” the Foreign Office said.

The leaders met with British High Commissioner Christian Turner and expressed grief over the Queen’s death on behalf of the government and the people of Pakistan. They also recorded their remarks in the condolence book placed at the High Commission.

Sharif said that the Queen remained a symbol of unity and brotherhood besides her services for the public interest.

In August, Sharif cancelled his planned visit to London due to the flood situation in the country.