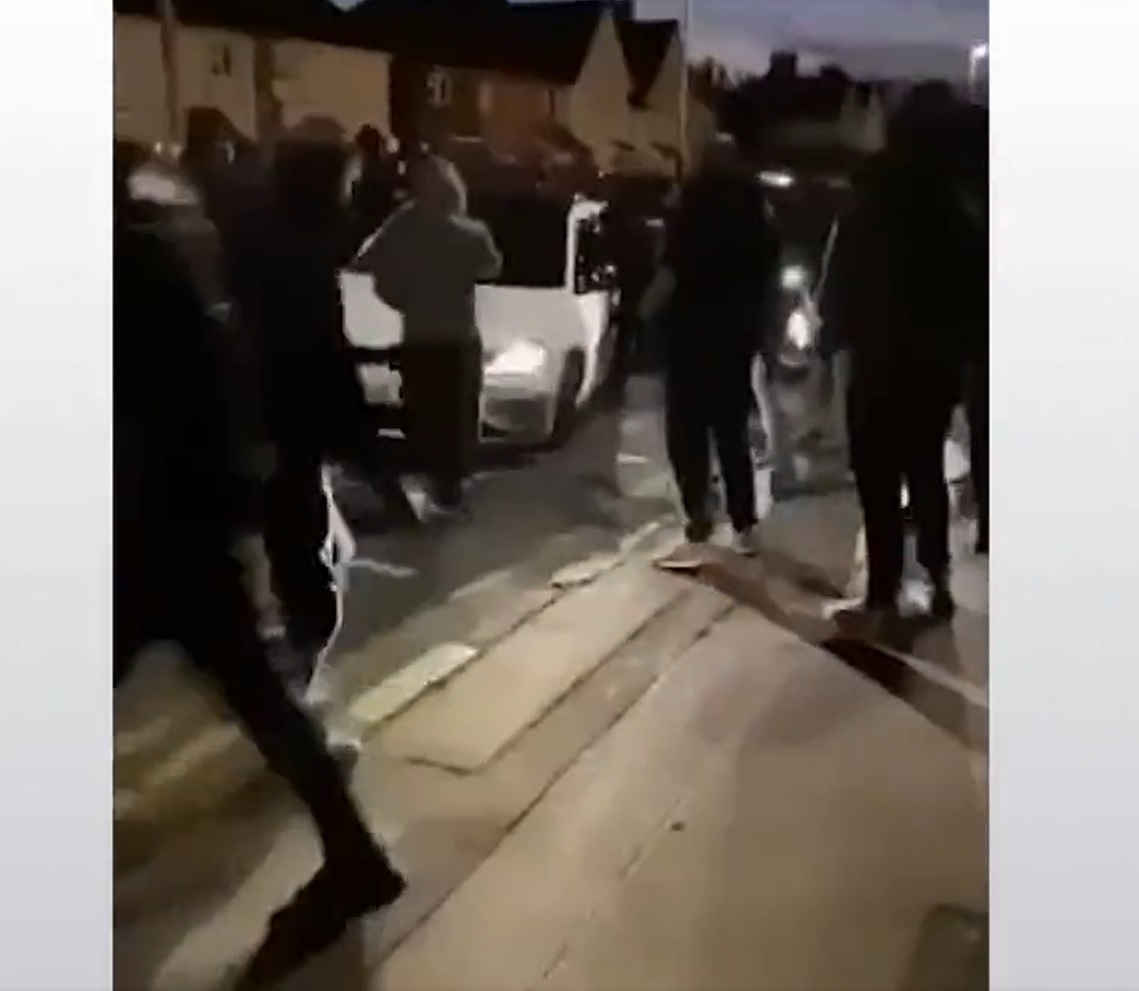 A Hindu man thanked the Muslim activist who saved his life during the violence in Leicester.

Ram Keshwala, 32, needed stitches after his head was slashed during the incident on 17 September. He was rescued by Muslim community activist Majid Freeman.

“He saved my life. Because of that, I’m still here,” said Keshwala.

Videos of the incident, in which a group of Muslim men attacked Keshwala in his car, went viral immediately after the incident.

Reports said that a false rumor saying that Keshwala had tried to run over the crowd that had taken to the streets following a Hindu march. It provoked the mob to attack the man.

In the video, a man can be seen trying to drag Keshwala out of the vehicle, after smashing his car. Then Freeman stepped in and said ‘leave him’ and closed the car door and saved the Hindu man.

“During the #LeicesterViolence, Ram was attacked after falsely being accused of trying to run Muslims over. Me and others intervened to stop the attack. Footage later emerged showing how I stepped in. I’m just glad he wasn’t seriously injured,” he wrote on Twitter.

An image of Keshwala with blood covering his face also went viral on social media.

Now, Keshwala he is scared to go out. “Right now still I don’t feel safe. I might get attacked by people because some people don’t know I’m innocent,” he said.

While describing the incident, Freeman told Sky News that ‘it was just mayhem and everything was happening so fast.

“Other people were trying to come, and I was just shouting ‘stop, it’s done now’. But I don’t think there was anyone who was physically stopping it because the situation was so hostile… anyone could get hurt,” he was quoted as saying by the media outlet.

According to reports, several people were injured during clashes, including 16 police officers.

Bilal Mangera, 33, was also injured and ended up in hospital along with Keshwala. He tried to support Muslim businesses when they were under attack.

“We need to find the root cause, that’s the first thing we need to find out. Who are these youngsters who are coming, masked up, and instigating things?. How do we control the youth that want to take revenge?,” ,” Mangera said.