What happens in Ukraine will have impact on Indo-Pacific: EU chief 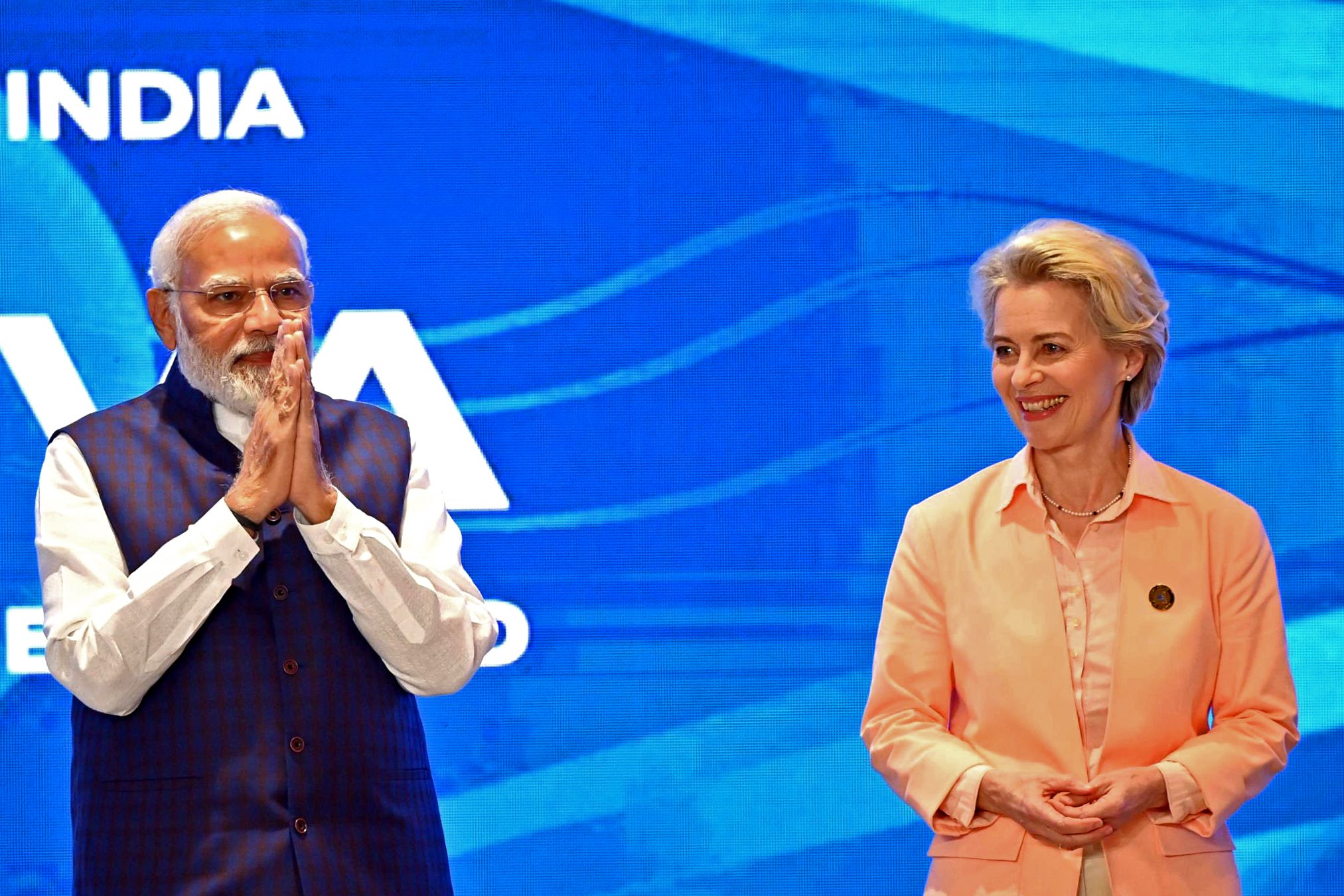 EUROPE will make sure that Russia’s “unprovoked and unjustified” aggression against Ukraine will be a “strategic failure”, though the Indo-Pacific region has started feeling the impact of the crisis, European Commission president Ursula von der Leyen said on Monday (25).

She also said energising the partnership with New Delhi is a “priority” for the bloc and added, “with Europe, what you see is what you get”.

Von der Leyen was speaking in New Delhi as part of her address at the Raisina Dialogue; India’s prime minister Narendra Modi was among those in the audience.

In his talks with von der Leyen earlier, Modi stressed the importance of giving peace a chance in Ukraine and the need to return to dialogue and diplomacy as the only way to achieve peace, according to India’s Ministry of External Affairs (MEA). It said both sides “expressed concern” about the humanitarian situation in Ukraine and called for an immediate end to the violence. Both leaders also discussed the situation in the Indo-Pacific, Afghanistan and Myanmar.

In her address at the Raisina Dialogue, Von der Leyen said the conflict in Ukraine will have an impact on the Indo-Pacific region and wondered about the “new international relations” that both China and Russia have called for after announcing their “no-limits” friendship.

“What happens in Ukraine will have an impact on the Indo-Pacific region. It already has. Countries battered by two years of the Covid-19 pandemic must deal now with rising prices for grain, energy and fertilisers as a direct result of (Russian president Vladimir) Putin’s war of choice,” she said.

“For the Indo-Pacific region, it is as important as it is for Europe that borders are respected and that spheres of influence are rejected,” she added.

The European leader also questioned the “seemingly unrestrained pact” between Russia and China and said the invasion of Ukraine followed soon after the two countries announced a “no-limits” friendship in February with “no forbidden areas of cooperation”.

“In Europe, we see Russia’s aggression as a direct threat to our security. We will make sure that the unprovoked and unjustified aggression against Ukraine will be a strategic failure,” she said. “This is why we are doing all we can to help Ukraine fight for its freedom. This is why we immediately imposed massive, sharp and effective sanctions.”

The European Commission president also questioned “what it means, for Europe and Asia, that Russia and China have forged a seemingly unrestrained pact. They have declared that the friendship between them has no limits, that there are no forbidden areas of cooperation. This was in February this year.

“And then, the invasion of Ukraine followed. What can we expect from the new international relations that both have called for?”

Von der Leyen added, “This is a defining moment. Our decisions in these days will shape the decades to come. Our response to Russia’s aggression today will decide the future of both the international system and the global economy.”

On the EU’s ties with China, von der Leyen said Europe will continue to encourage Beijing to play its part in a peaceful and thriving Indo-Pacific region.

“The relationship between the European Union and China is simultaneously strategically important and challenging. All at once, China is a negotiating partner, an economic competitor and a systemic rival,” she said.

“We will continue to cooperate on tackling common challenges and we will protect our essential interests and promote our values,” she added.

Why doctors are strongly against viral TikTok trend ‘vabbing’

‘Too cold, they don’t speak English’: Afghan refugees don’t want to move to Scotland and…

Want to lose weight? Eat when you are hungry