Lioness Vidya Balan dragged the Bollywood leading lady out of the eye-candy comfort zone with a series of rip-roaring performances that helped change the face of commercial Hindi cinema.

The result of her game-changing success has translated into the rise of girl power in Indian cinema in recent years and successful films with female-orientated subjects.

The award-winning actress is happy a sea change has happened and hopes it continues.

“I am absolutely thrilled about the fact that I am credited with what should I say, ‘reinventing the wheel’ or whatever. I am just borrowing from the many things people have said in the past.

“I am really happy we are living in the time where there are so many female-centric films that are being made and released on a large scale. They are all doing well.

“In recent weeks alone, there are so many like Phillauri, Naam Shabana, Begum Jaan and Noor. It is an incredible time,” said Vidya.

The soft-spoken star talks with heartfelt honesty, and in an age of rivalry is genuinely happy for all the success other actresses are enjoying. She also feels women getting empowered in everyday life is translating into the arts.

“Women are the heroes of their own lives more and more. That is what is getting reflected in cinema. I am talking about the real women who are inspiring other real women,” Vidya said.

The actress has reflected that empowerment in commanding performances that have won universal acclaim, but surprisingly she doesn’t have a set method of choosing projects and is just grateful writers are coming up with interesting subjects for women.

“I just get bored very easily so I need to do something different every time. That is what stimulates me, keeps me motivated and keeps me going. Since I did films like Ishqiya (2010), in the past eight or nine years I have seen a massive change year-on-year in the quality of scripts coming to me and the scope of female-centric films has widened,” she said.

Vidya is most attracted to playing tough women because that is a part of her own beliefs and an extension of who she is.

“I guess I am drawn to these kinds of women who defy the norms and who are ready to face up to any challenge and confident within themselves.”

This desire to play tough women is perfectly illustrated with her latest film Begum Jaan, which revolves around women in a brothel who get caught up in the crossfire of partition and fight back. Vidya plays the title role in the remake of acclaimed 2015 Bengali drama Rajkahini and enjoyed sinking her acting teeth into what she describes as the most powerful character she played.

“Normally I am not very excited by the thought of a remake. I have been offered the chance to be in the remake of many classic films in the past, but I have decided not to do them. But this one was a Bengali film so I thought a national audience would probably not have watched it, and more importantly I didn’t want to let go of the chance to play Begum Jaan, who is probably the most powerful female character I have (to my memory) seen on the screen.”

She describes Begum Jaan as one of a kind and did plenty of research before getting into the skin of her character in the 1947 set drama.

The hard-working star read up on how partition impacted women and relied heavily on filmmaker Srijit Mukherji, who researched the period extensively and had already directed the original Bengali version which received great acclaim.

“I think we are all aware of partition stories as Indians that have been told through literature, our history books and even films, but not enough I think. It is a part of our collective consciousness, but not foremost if you know what I mean. But having said that, I knew how it affected and changed the course of people’s lives of two nations forever, the impact of which we are even seeing today.”

Apart from going back in time, Vidya is also portraying a prostitute on screen for the first time and enjoyed the challenge of playing a layered character. In fact, it is one she has wanted to explore for a while.

“I have always wanted to play a prostitute and never got the chance until I was offered Begum Jaan. It is a subject that attracted me because I have never understood how you can trade pleasure for pain whilst putting yourself in jeopardy. That is what they actually do. I found that interesting.”

The team behind the film did extensive research on the look, costumes, jewellery and make-up to construct the eye-catching look of a brothel madam in the rural heartlands of 1940s Punjab.

“The look is informed by that period and by what the girls in that part of the country would be wearing. That guided what look I would have in the film. Srijit decided to give me this unibrow, which I thought would look fantastic, and was very different to the other characters that I have played.

“He told me you are someone who can experiment with your looks enough, so how do I make you play Begum Jaan differently? So we tried the uni-brow and the green lipstick to give her that certain feline ferocity and ferociousness, and I think it worked.”

Clearly proud of the film, Vidya is unable to choose a favourite moment in Begum Jaan and gives full credit to the writers. She thinks it is one of the first time women talking like that has appeared in mainstream Hindi cinema.

“I must say that (writer) Kausar Munir has done a tremendous job on the dialogues. I really enjoyed mouthing the dialogues and owning them. I have many favourite lines in the film because there is so much attitude in each line. She is so brazenly and unabashedly woman.”

Looking ahead, the in-demand actress doesn’t feel under pressure despite becoming a symbol for girl power in Bollywood and will carry on following her instincts. She will also continue to mix up the genres and enjoy her work to the fullest.

“I choose my films based on a very instinctive decision when it comes to the story I want to be part of or roles I play. I don’t come under any pressure and am enjoying the work that I am doing. I thankfully always have.

“Some of them have worked and some haven’t. What doesn’t change is the fact that I love what I do or that I have loved everyone of those films I have done.”

When asked if she has a masterplan, Vidya signs off with her winning smile and said: “No Asjad, you know me. We have had this conversation many times. I don’t think I have ever planned anything. I am like a tiger on the prowl. I am satisfied now, but I will get hungry again in a short while.” 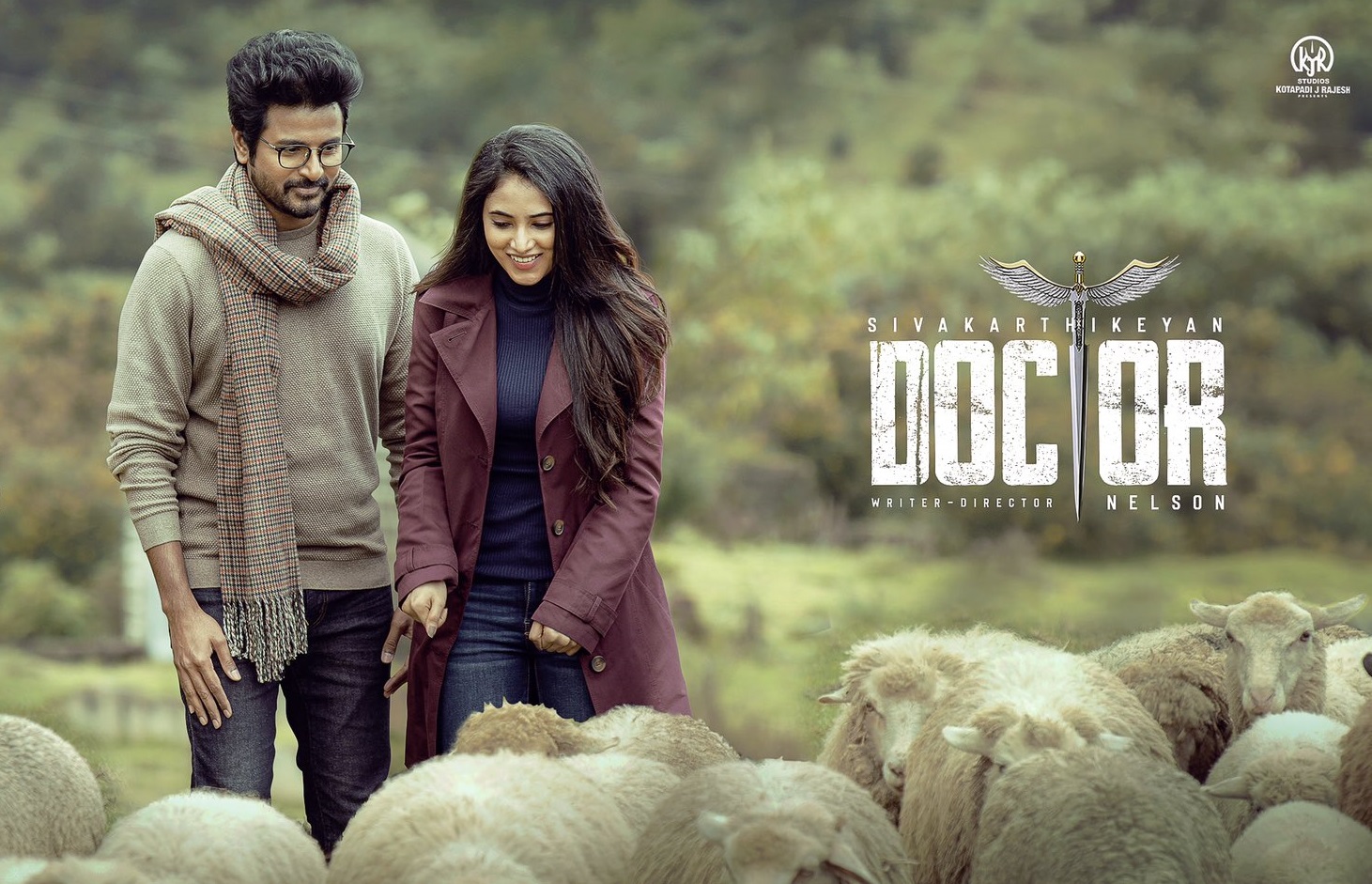 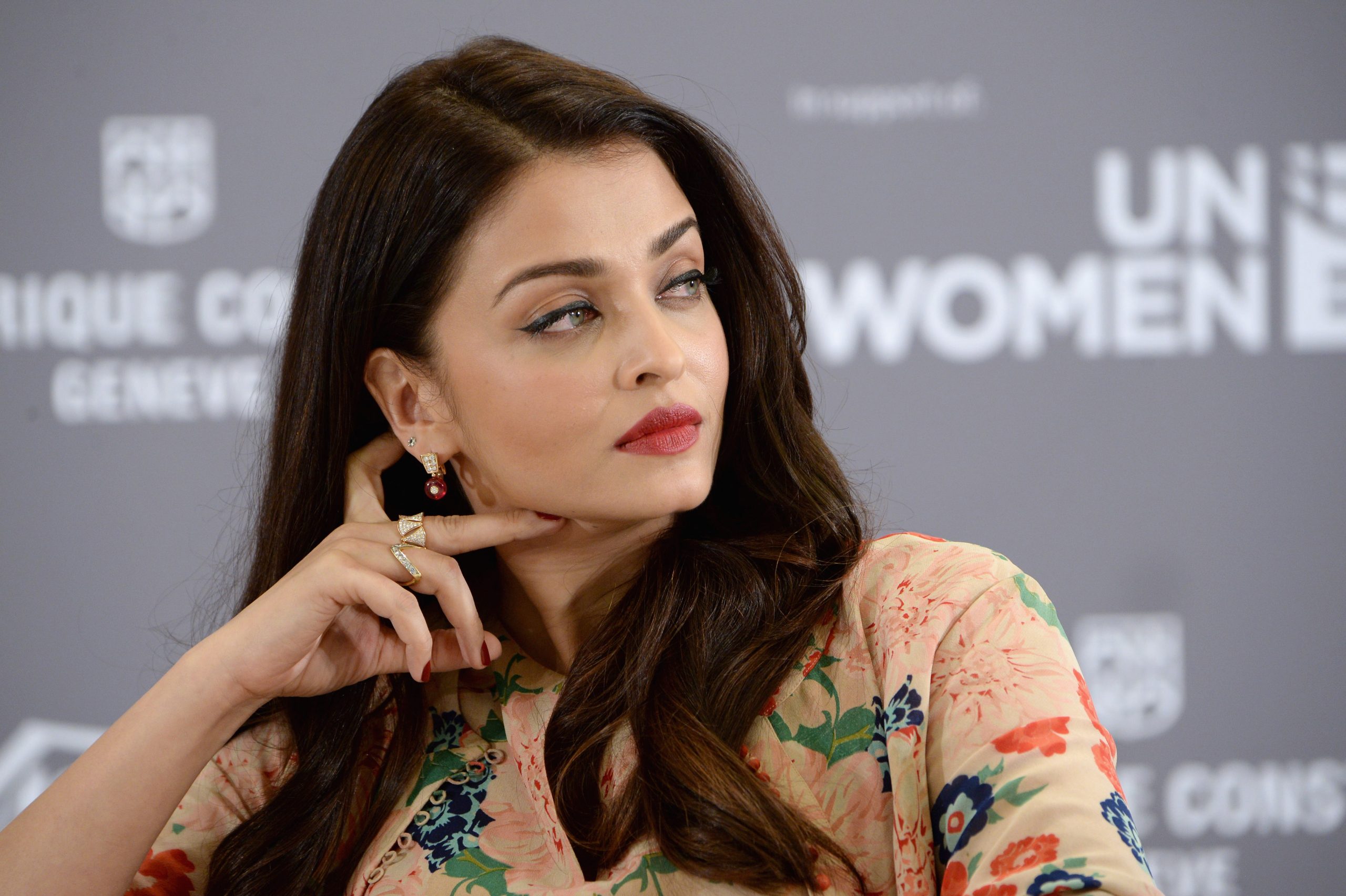 Aishwarya Rai Bachchan in talks with Netflix for her digital debut? 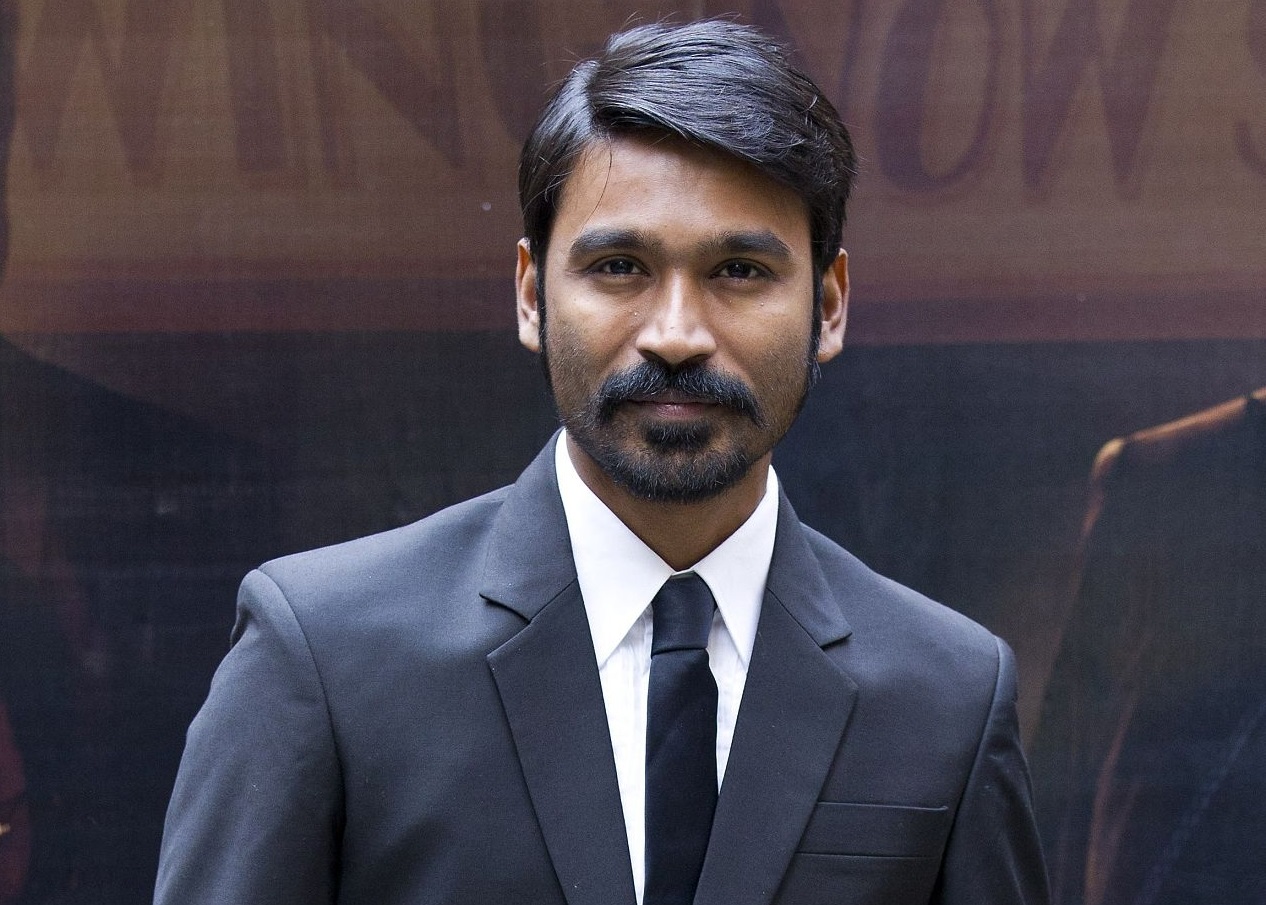 Dhanush joins the cast of Russo Brothers’ The Gray Man 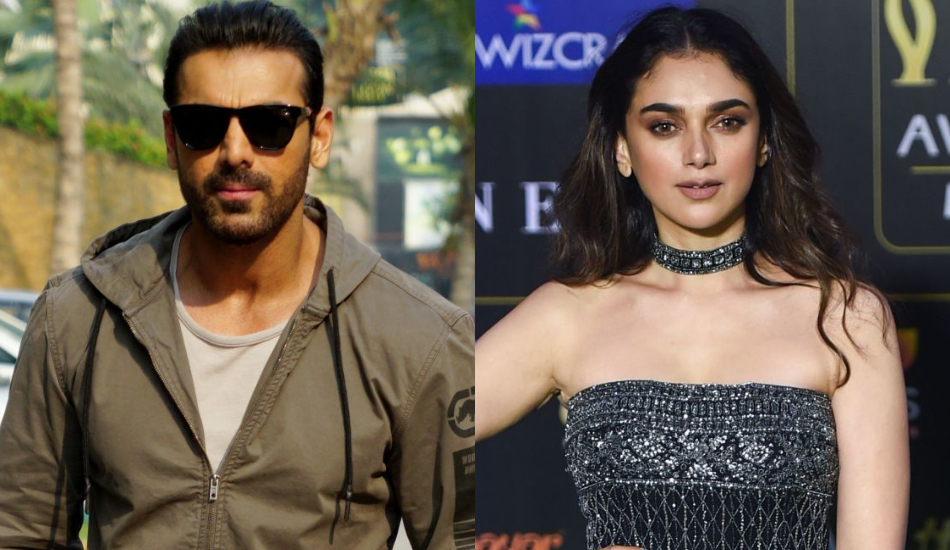 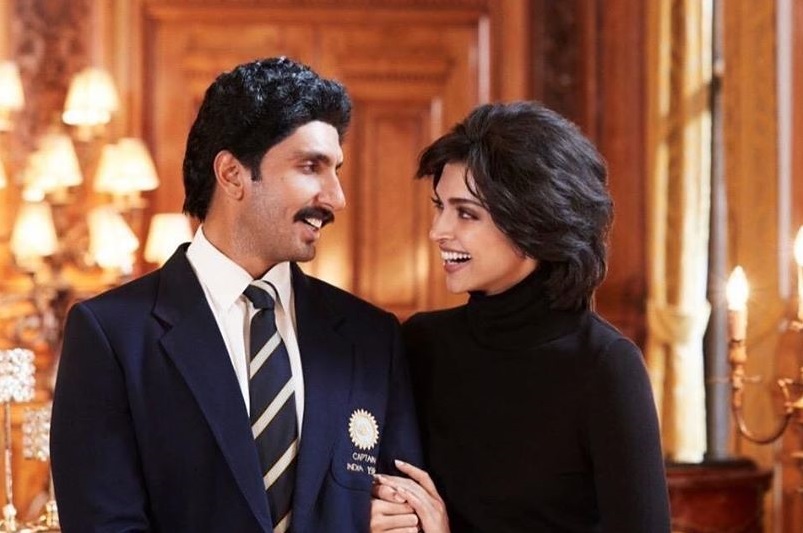 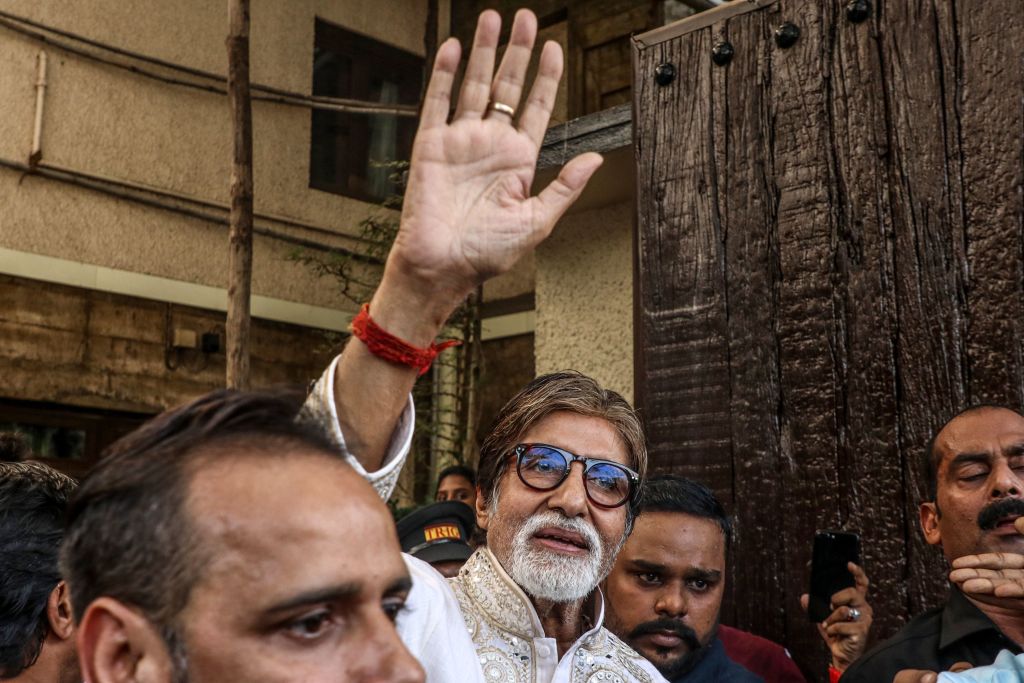 Thank you for inspiring us: Bollywood celebs to Amitabh Bachchan on 77th birthday

Mughal-e-Azam: A-Z of a Bollywood Epic

The Kapoor family dynasty: An A-Z