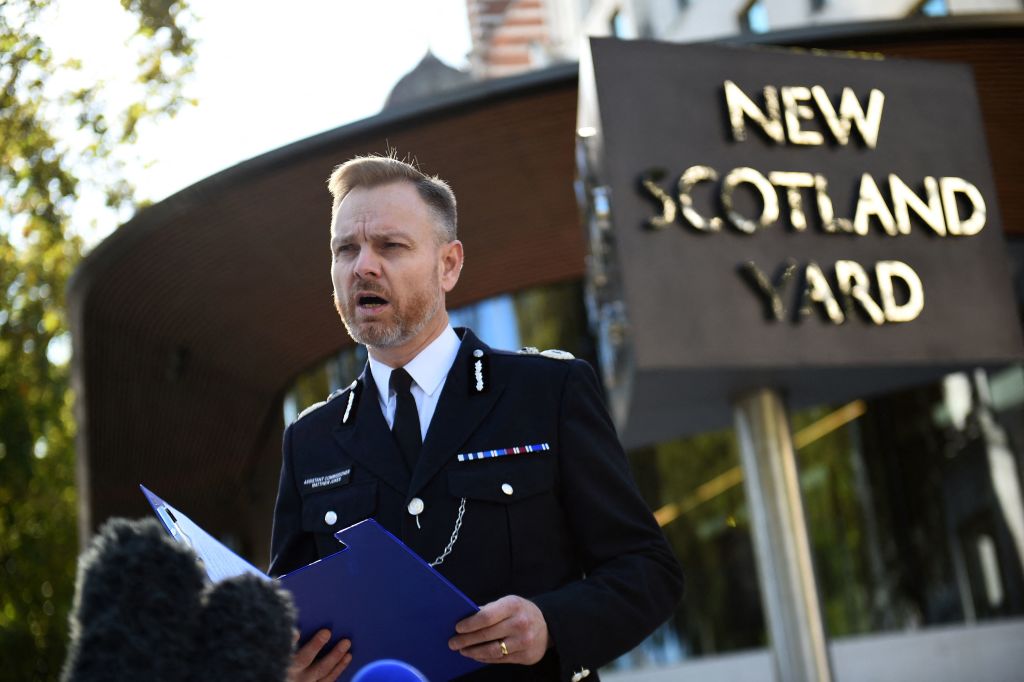 BRITAIN’s head of counter-terrorism policing has said that the police had serious concern about a rise in the number of young people and children becoming caught up in far-right extremism.

“We’re talking about boys principally 14, 15 years old,” Jukes told reporters. “This is a group which is substantially younger than we have seen in the past.”

British police have warned for some time about the rise in far-right extremism, but Jukes said those involved were getting younger. In 2021, out of 186 terrorism arrests, just over 40 per cent related to suspected extreme right-wing terrorism. Of the 20 children arrested, 19 were linked to far-right ideologies.

Last February, a boy who headed a neo-Nazi group and carried out his first offence aged just 13 was convicted of terrorism offences, while last July, another 13-year-old was arrested and later admitted possessing information useful to a terrorist.

Earlier this week a 15-year-old boy was charged with terrorism crimes.

Whilst Jukes said most offences involved sharing terrorist material online, others had moved to attack planning.

“There is a picture here of young people who are spending a great deal of time discussing and sharing and exchanging material online,” he said. “But we are absolutely seeing some of that shift to plans to carry out terrorist attacks.”

Overall since 2017 when Britain suffered five deadly attacks, Jukes said 32 plots had been foiled, of which 18 were linked to Islamist terrorism and 12 to far-right extremism, and they currently had about 800 live investigations.

In that period, police also investigated the Novichok nerve agent attack on double agent Sergei Skripal and his daughter in Salisbury, and have charged three suspected Russian military intelligence officers with attempted murder.

Asked about any increase in a threat from Russia in the wake of the crisis in Ukraine, Jukes said they were determined to “to detect and disrupt those people who might be in the UK with that type of hostile intent”.

“It’s very early days in relation to the conflicts in Ukraine to understand what that will mean,” he said. “In the UK, we are very aligned to risks that might present and what are the consequences that might follow across Europe.”