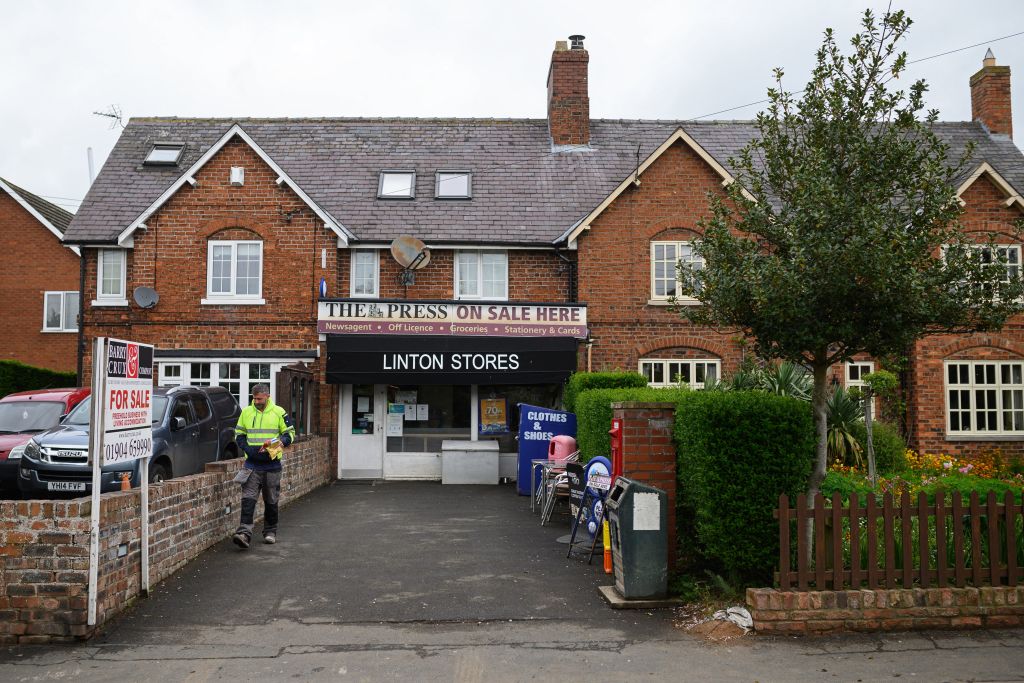 A man leaves Linton Stores, the only shop in the village of Linton-on-Ouse, near York in northern England on May 4, 2022. – The village of Linton-on-Ouse is usually a sleepy place, but its residents are up in arms at a government plan to house over a thousand asylum seekers, whose numbers will dwarf local residents. (Photo by OLI SCARFF / AFP) (Photo by OLI SCARFF/AFP via Getty Images)

The UK government will no longer try to house asylum seekers in a disused air force base in northern England following a backlash from local residents, Defence Secretary Ben Wallace said Tuesday (9).

The home ministry had planned to place up to 1,500 asylum seekers at the site in the sleepy village of Linton-on-Ouse in Yorkshire, prompting fury from its hundreds of residents.

They feared being dwarfed by the large numbers set to be sent to the centre for males, and had argued the isolated village was not an appropriate place for so many young men.

The government’s proposal was part of plans to reduce the number of migrants crossing the Channel from northern France in small boats, which has soared to record highs in recent years.

It was based on a similar scheme in Greece, which has seen a wave of migrants crossing the Mediterranean Sea and landing on its islands.

The UK government has also announced a controversial policy to deport to Rwanda those attempting the dangerous crossing, but that has stalled amid legal challenges.

On Tuesday, Wallace said his department had now withdrawn its offer to the interior ministry allowing use of the former Royal Air Force (RAF) base for asylum seekers.

“I have withdrawn the offer to the Home Office for that site,” he told reporters, during a visit to northern England.

“It’s been with them for a number of months. I have obligations to do something else with that site.”

He added his ministry had offered several other sites to the interior ministry.

A government spokesperson said in a statement it would “continue to identify appropriate sites for Greek-style asylum reception centres”.

It noted they will play a key role in reducing the number of asylum seekers housed temporarily in hotels, which cost taxpayers more than £5 million ($6 million) a day.