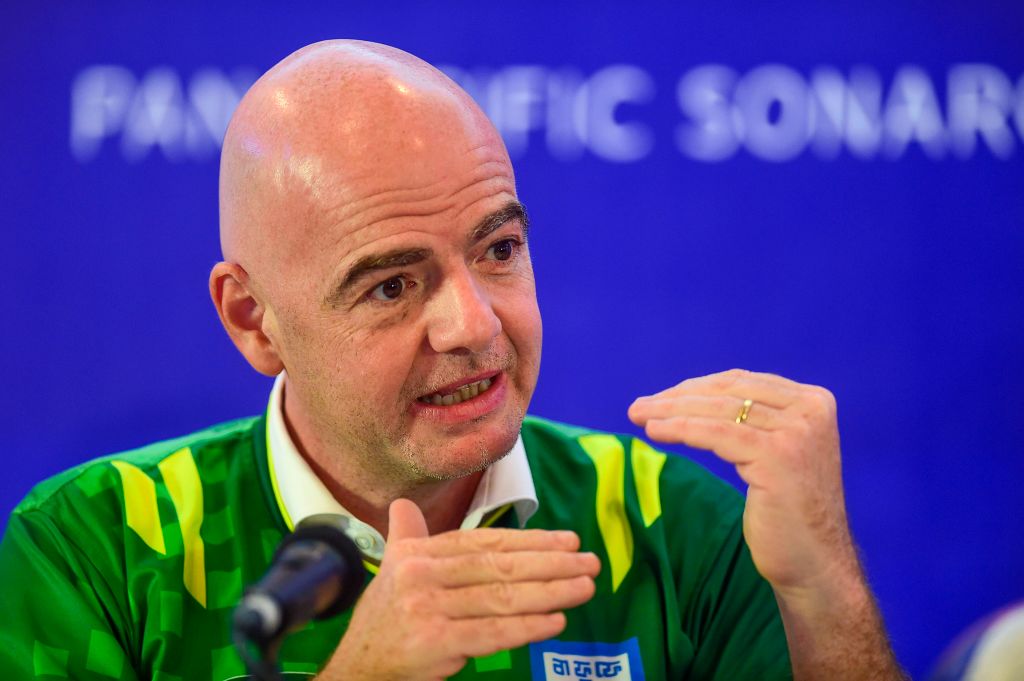 FILE PHOTO: FIFA president Gianni Infantino gestures as he speaks during a press conference in Dhaka on October 17, 2019.  – (Photo by MUNIR UZ ZAMAN/AFP via Getty Images)

FIFA postponed Under-17 Women’s World Cup, scheduled to be held in November in India, due to the coronavirus pandemic on Saturday (4).

The event was scheduled to be held at five venues in the country — Kolkata, Guwahati, Bhubaneswar, Ahmedabad and Navi Mumbai — from November 2-21.

The tournament was to be competed among 16 teams, with hosts India being automatic qualifiers. It was to be India’s maiden appearance in the U-17 Women’s World Cup

The decision was taken by the FIFA-Confederations working group which was recently established by the Bureau of the FIFA Council to address the consequences of the COVID-19 pandemic.

FIFA said that new dates will be identified later.

The working group includes the FIFA administration and Secretary Generals and top executives from all confederations. It unanimously approved a series of recommendations following its first meeting, which was organised via conference late on Friday.

While the tournament itself is five months away but just a few qualifying events have been held so far and the remaining have not been held due to the global health crisis which has affected more than a million people.