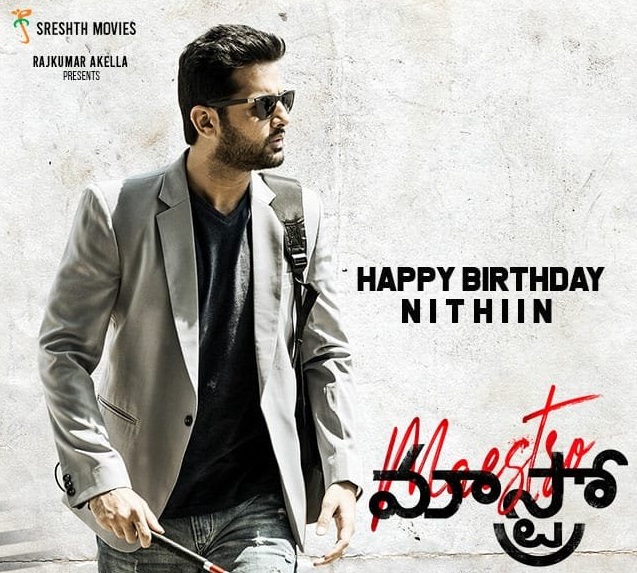 2018 release Andhadhun starring Ayushmann Khurrana, Tabu and Radhika Apte was a super hit at the box office. The film had received thumbs up from the critics and even won multiple awards including three National Awards, Best Hindi Film, Best Adapted Screenplay and Best Actor.

The movie is being remade in Tamil, Malayalam and Telugu. The Telugu remake stars Nithiin, Tamannaah Bhatia and Nabha Natesh.

Today, on Nithiin’s birthday, the makers of the Telugu remake announced that the film is titled Maestro, and they also shared a glimpse of the movie.

Well, the first glimpse of the film is interesting, but it will surely remind you of Andhadhun.

Directed by Merlapaka Gandhi, Maestro is slated to release on 11th June 2021. However, it is not yet revealed when Andhagan (Tamil remake) Bhramam (Malayalam remake) will hit the big screens.

Talking about other films of Nithiin, the actor already had two releases this year, Check and Rang De. The former released in February and the latter just released on 26th March 2021.