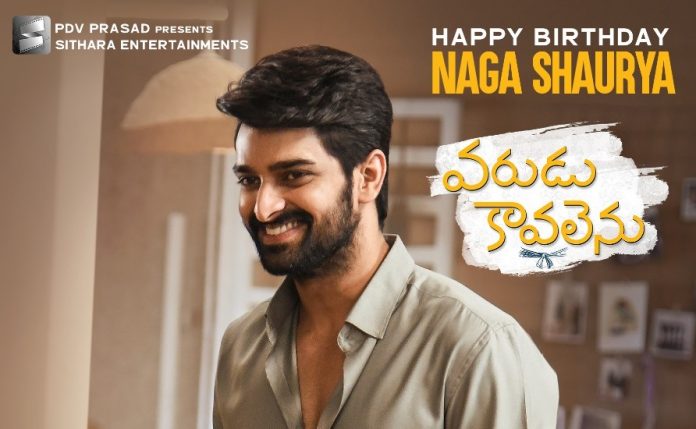 Naga Shaurya, who was last seen on the big screen in Aswathama, has some interesting films lined-up, and one of them is Lakshya. Today, on his 32nd birthday, the actor treated his fans with the teaser of the film.

He tweeted, “Finally, here I come with a small present to all My Beloved Fans on My Special day Lakshya Teaser is out now! Grateful for all your love Hope you all like it youtu.be/sPfnpKlUwkg @nseplofficial @SVCLLP @sharrath_marar @santhosshjagar #Ketikasharma @RaamDop.”

Lakshya is a sports drama, and the teaser is damn good. Naga Shaurya leaves a mark and his chiseled body is just amazing. It looks like the film will revolve around an archery champion. We have seen many films revolving around sports, but archery is a sport that has not been explored much on the big screen.

Well, not just the teaser of Lakshya, Naga Shaurya also shared a small glimpse of his character from the movie Varudu Kaavalenu. He tweeted, “So overwhelmed with this glimpse. It has been a pleasure working with such a wonderful team of #Varudukavalenu Hope You All Like it Too youtu.be/eDmVLqF6wqI @riturv @Composer_Vishal @navinnooli @vamsi84 @ganeshravuri @murlisharma72 @SitharaEnts.”

In both the movies, the actor has totally different looks. While the release date of Lakshya is not yet announced, Varudu Kaavalenu is slated to hit the big screens in May this year.