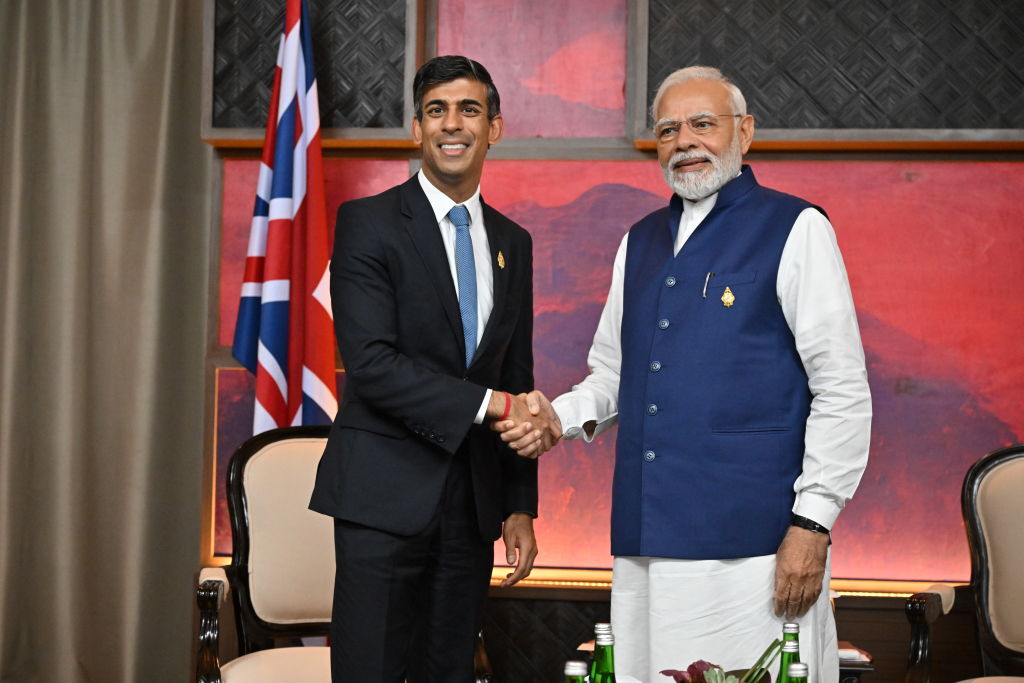 India Prime Minister Narendra Modi and his British counterpart Rishi Sunak met at the Group of 20 (G20) summit in Bali on Wednesday (16) and discussed ways to boost trade between the two countries, Modi said.

It was the first meeting between Modi and Sunak, who is of Indian origin, since the British prime minister took office in October.

Earlier on Wednesday, Sunak’s office said Britain was negotiating a trade deal with India, which if agreed would be the first of its kind India has made with a European country.

“We discussed ways to increase commercial linkages, raise the scope of security cooperation in context of India’s defence reforms and make people-to-people ties even stronger.”

India’s Ministry of External Affairs (MEA) said the two leaders expressed satisfaction at the state of the wide-ranging India-UK Comprehensive Strategic Partnership and progress on the ‘Roadmap 2030’ for future relations.

“The two leaders appreciated the importance of working together in bilateral and multilateral forums including G20 and the Commonwealth,” it said.

“Discussions touched upon important sectors of collaboration such as trade, mobility, defence and security,” the MEA added.

The two-day summit on the Indonesian island was the first time G20 leaders met since Russia’s February invasion of Ukraine, which Moscow describes as a “special military operation”.

At the end of the summit Indonesia handed over the G20 presidency to India for one year, beginning on Dec. 1.