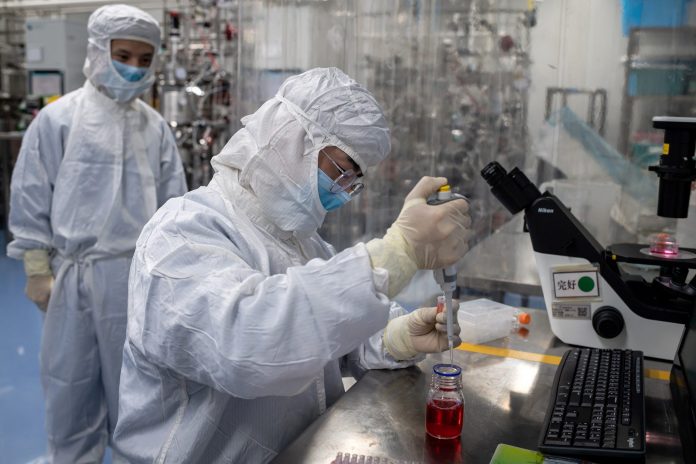 Should science alone dictate policy on how to cope with the coronavirus pandemic? Governments worldwide are grappling with this thorny question as they loosen lockdowns that have tested the tensile strength of communities and economies alike.

Stay-at-home orders have clearly saved lives by reducing the number of new COVID-19 patients streaming into overwhelmed hospitals. But measures to protect health have come at a steep economic and social cost.

Even among scientists, opinions are divided.

“If we want COVID-19 to be a bad memory and not a current nightmare, scientific advice must be prioritised in all political decisions, period,” said Sara N. Bleich, a professor of public health policy at the Harvard Chan School of Public Health.

But Simon Chauchemez, a mathematical modeller and a member of the scientific committee advising France’s top leaders, said science is not the only factor in the equation.

“As scientists we try to shed light, but at the end of the day it is the politicians who have to make decisions,” he told AFP.

The competing interests and hard choices facing leaders are coming into sharp focus as they set new rules — different in every country, and sometimes from one sub-region to the next — for sheltering-in-place, public gatherings and the businesses that should be allowed to reopen.

In Britain, the government of Boris Johnson has been sharply criticised for its late response to the pandemic.

“We scientists said lock down,” Helen Warn, a professor of public health at Imperial College London, said in a commentary. “But UK politicians refused to listen.”

In Germany, Chancellor Angela Merkel — widely praised for her management of the pandemic — has paid close attention to the scientists.

“It helps that she’s a scientist and can handle numbers,” said Christian Drosten, head of the Institute of Virology at Charite Hospital in Berlin, noting that Merkel has a PhD in quantum chemistry.

At the same time, Merkel has encountered criticism for pushing hard to keep stringent shelter-in-place requirements in place.

“When I hear that all other considerations must take a back seat to the protection of human life, I find that kind of absolutism unjustified,” Wolfgang Schauble, president of Germany’s Bundestag, or parliament, told the Tagesspiegel newspaper.

In France, opposition politicians and some public intellectuals have similarly criticised President Emmanuel Macron for hiding behind the opinions of scientists.

“Be careful to not make health the absolute value,” said philosopher Andre Comte-Sponville in a radio interview. “And don’t expect doctors to solve all of our problems.”

And yet Macron’s government has also been attacked for green-lighting the gradual reopening of primary schools across France starting on May 11 despite the recommendation of his own science advisory body to keep them closed until September.

Macron’s decision “is not really that shocking,” said Pierre-Louis Druais, a neighbourhood doctor and member of the advisory panel.

“We set the general direction, but it probably wouldn’t be very healthy if society were entirely run by scientists,” he told AFP.

“Our role is to provide health advice,” Arnaud Fontanet, another member of the scientific advisory panel, told lawmakers last week. “The role of politicians is to make decisions based not just on what we say but on a raft of social and economic considerations in which we have no say.”

“I am opposed to a government of doctors,” said emergency physician Mathias Wargon, whose wife is a junior minister in the French government. “And tomorrow — when the issue on the table is jobs — I’ll be against a government by corporate leaders.”

It is important for elected politicians to call the shots, Wargon added, noting that myriad unknowns about the new coronavirus have caused disagreement among experts.

This is one reason most countries hit hard by the pandemic — including France, Italy, Spain and the United States — have created special advisory bodies to sift through the thousands of reports and studies already released.

Britain’s Scientific Advisory Group for Emergencies (SAGE), created in 2014 to cope with the Ebola epidemic, was reactivated for this purpose.

The US Coronavirus Task Force is unusual in that its daily press conferences have, with rare exception, been dominated by US President Donald Trump.

Sometimes Trump is in open disagreement with respected members of the task force such as immunologist Anthony Fauci, director of the National Institute of Allergy and Infectious Diseases, and Deborah Birx, the US global AIDS coordinator, especially on the issue of how, where and when to ease lockdowns.

Fauci and Birx have called for keeping stricter restrictions — on the reopening of schools and sporting events for example, while Trump has openly supported lockdown protesters.

Political observers suggest Trump is focused on presidential and congressional elections in November, and would like to see the US economy back open and booming before then.

“President Trump cannot control his political instinct,” said Robert Blendon, an expert on health policy and politics at Harvard University. “In his view, if this doesn’t change, he’s going to lose the presidency.”