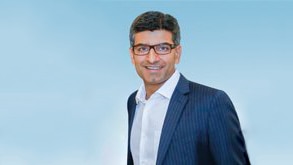 While the cost-of-living crisis in the UK has hit hard B&M European Value Retail SA, the erosion of wealth has been relatively modest for the family that runs the company because of the trimming of their shareholding and diversification of investments.

The market capitalisation of the Luxembourg-based company has halved since the beginning of this year compared to the near eight per cent decline in FTSE100 during the same period.

Simon Arora, who recently retired as the chief executive officer of the company, and his family had sold shares worth £234 million in the discount retailer in January this year.

Over the past decade, they sold a total of about £2 billion worth of shares, including in B&M’s London listing in 2014, according to a Bloomberg report.

Arora and his younger brothers Bobby and Robin who together hold nearly 10 per cent stake in B&M now have diversified their investments into exchange-traded funds, corporate bonds and real estate.

“Simon Arora is a clever guy and he took advantage of a niche in the market” for discount retail, Panmure Gordon’s equity analyst Tony Shiret told Bloomberg. “Him bailing out now and selling his stake down suggests we’re getting to the end of that window,” Shiret, who has a sell rating on the stock, said.

However, Bank of America Global Research raised its recommendation on the stock from neutral to buy.

Simon Arora, who had steered B&M for 17 years, announced in April that he would step down as its CEO and director of B&M in 2023. At that time, it meant the company had a year to find a successor.

He and Bobby had acquired the company in 2004 when it was just a regional chain with just 21 stores. It later grew into a group, with more than 1,100 stores across Britain and France.

With a total wealth of £2.4 billion, the Arora brothers were ranked sixth in the 2021 edition of the Asia Rich List.