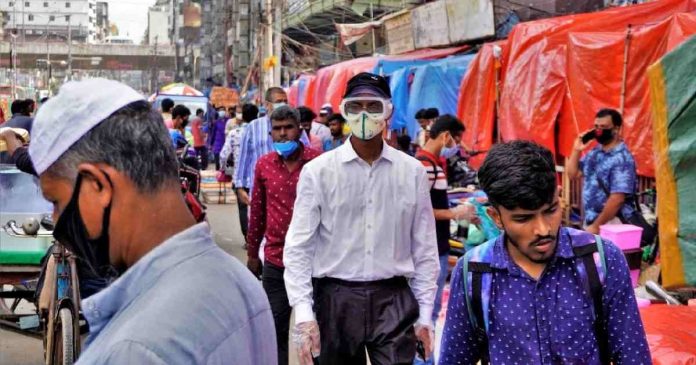 Bangladesh has registered 39 fatalities from the novel coronavirus infection in a day, taking the death toll to 2,391.

The tally of infections surged to 186,894 after 3,099 new COVID-19 cases were detected in the 24 hours to 8am Monday, according to the health directorate.

Another 4,703 patients recovered from the disease with treatment at home and in hospitals in the same period, raising the total to 98,317, DGHS Additional Director General Nasima Sultana said in a media briefing. The recovery rate currently stands at 52.61 percent, while the mortality rate is 1.28 percent.

A total of 12,423 samples were tested at 77 authorised labs across the country in the last 24 hours, 24.95 percent of which returned positive results, according to government data.

Globally, more than 12.94 million people have been reported to be infected by the novel coronavirus and 567,357​ have died, according to a Reuters tally.