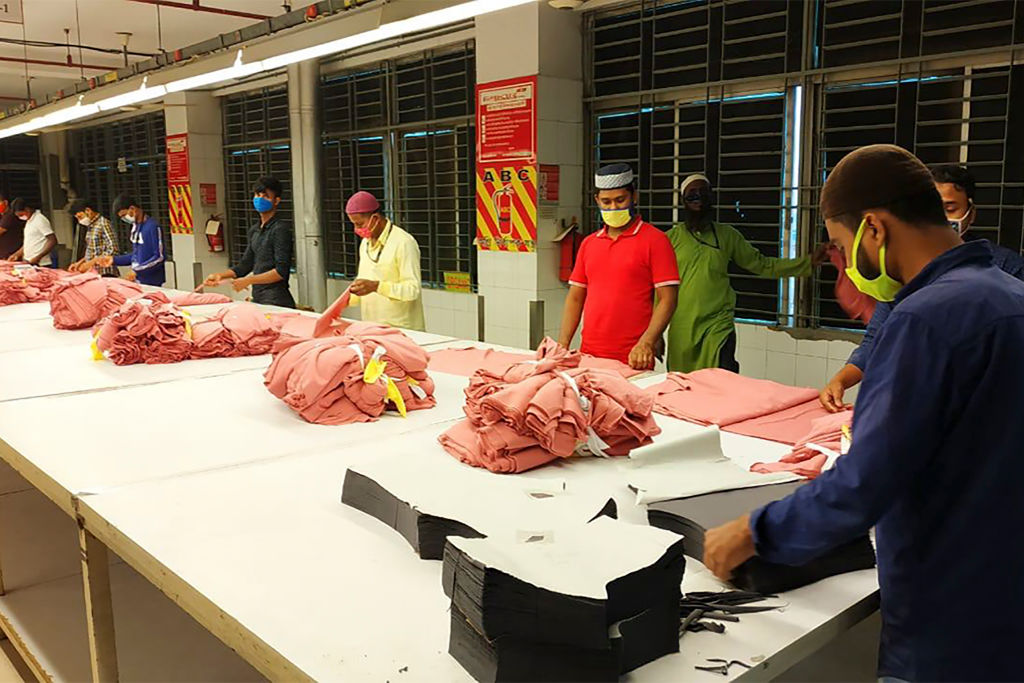 Labourers work in a garment factory during a nationwide coronavirus lockdown as a preventive measure against the COVID-19 coronavirus, in Asulia (Photo by STR/AFP via Getty Images)

BANGLADESH has received assurance from Dutch buyers that they will not cancel or suspend orders from local factories.

The Netherlands minister Sigrid Kaag conveyed it to foreign minister AK Abdul Momen and mentioned that the Dutch government would ensure that the RMG value chain would not be disrupted.

In the telephone meeting, Momen raised the issue of cancellation of orders by different European brands and buyers. It was reported that $3.18 billion worth of orders have already been cancelled or suspended by international buyers, affecting 1,150 factories and 2.28 million workers in Bangladesh.

The South Asian nation is the largest garment producer in the world after China.

Minister Sigrid Kaag informed that the Dutch Government had set up a fund of €100 million to help countries that need support because of COVID-19 pandemic.

Foreign minister Momen thanked minister Kaag for the Dutch support to Bangladesh on developing the Bangladesh Delta Plan 2100, and sought continued support, which was assured by the Dutch minister.

On the issue of FDI, Bangladesh foreign minister mentioned that FDI would be negatively affected by the COVID-19 pandemic, and requested for Dutch technical assistance in FDI in the areas of agriculture and fisheries.

Momen also raised the issue of impact of COVID-19 in Middle East, where 11.2 million Bangladeshi expatriate workers have lost their jobs.

He also pointed out the importance that their remittance plays in the economy of Bangladesh.