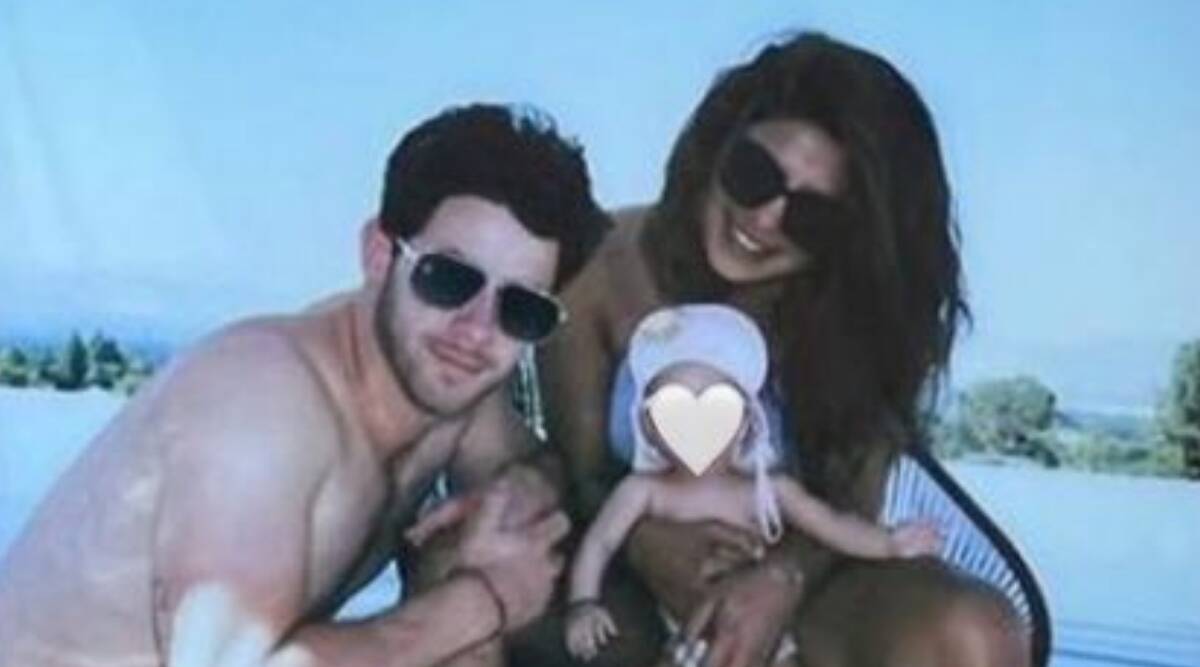 Priyanka Chopra and Nick Jonas keep posting pictures of their drool-worthy vacations and fun gatherings and don’t we all love them?

On Sunday, it looked like the couple had a fun day at the Los Angeles home, at least their pictures suggest so. And featuring in one of those photos is a very cute glimpse of their daughter Malti Marie. Priyanka took to her Instagram stories to share an adorable photo of herself with Nick and daughter Malti Marie and the Internet can’t stop from going ‘aww’! As usual, Priyanka covered Malti Marie’s face with a white heart emoji.

Priyanka also uploaded a photo of herself, wearing a black and white bikini with a kimono and captioned the photo, “Sundaze”.

Among pictures uploaded by Priyanka are also of a table laden with a hearty breakfast spread. She also tagged her new homeware brand ‘Sona Home’ in the photos.

Then, the following picture was of Malti Marie’s hand which Priyanka captioned, “MM approved” and again tagged Sona Home.

Priyanka was recently in Poland to meet the Ukrainian refugees as the UNICEF Global Ambassador.

In Bollywood, she will be starring with Alia Bhatt and Katrina Kaif in Farhan Akhtar’s ‘Jee Le Zaraa’, which promises to be another tale of friendship following the lineage of ‘Dil Chahta Hai’ and ‘Zindagi Na Milegi Dobara’, both of which have become cult classics over the years.’Jee Le Zaraa’ is reportedly going on floors around September 2022 and will be ready for release in the summer of 2023.