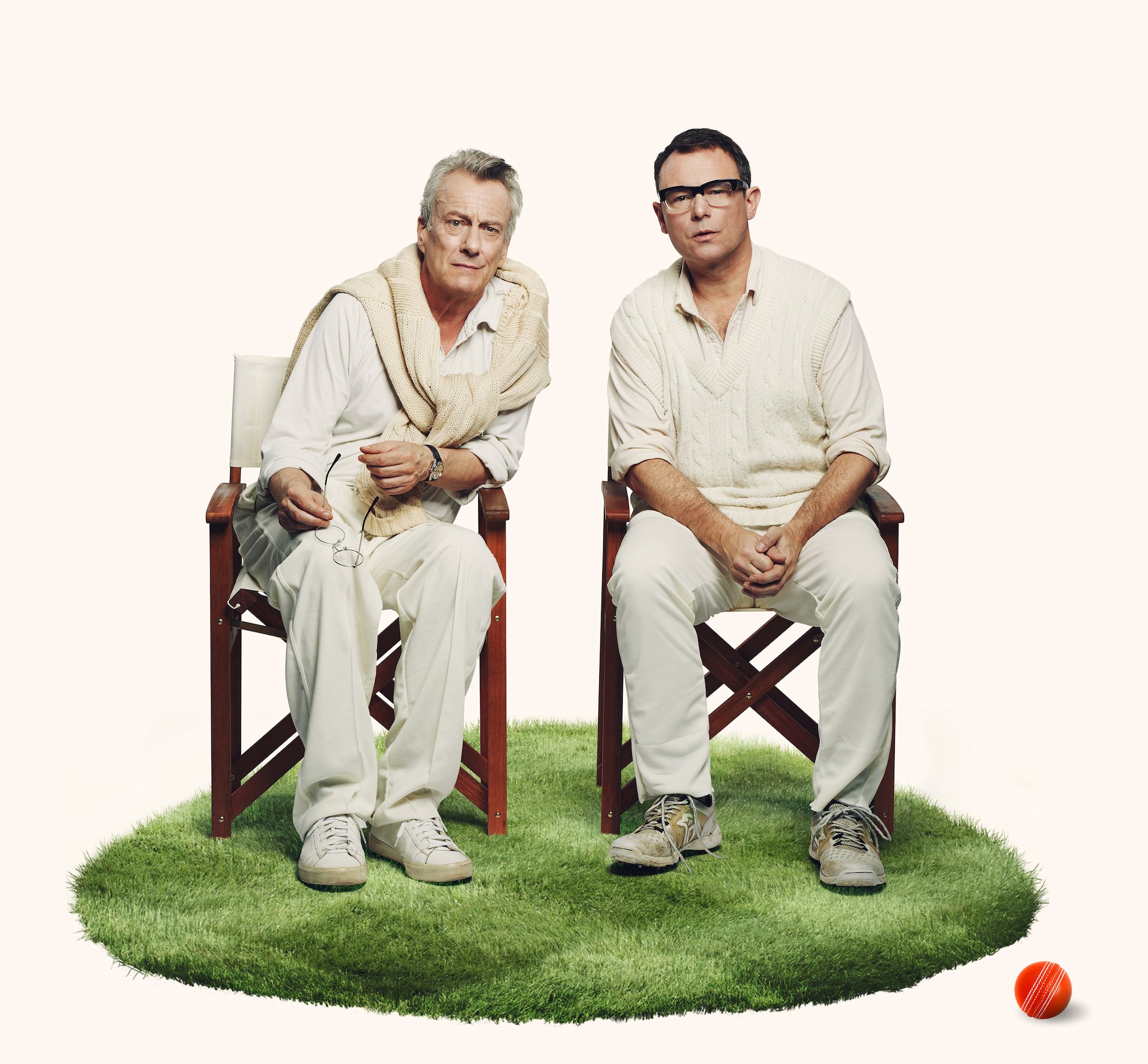 THE friendship and shared love of cricket of two great playwrights, Samuel Beckett and Harold Pinter, will be on show at Lord’s this month, when the iconic venue hosts the production of Shomit Dutta’s play, Stumped.

Beckett was a first-class cricket player before he became a Nobel Prize-winning author for his works Waiting for Godot and Endgame.

His fellow Nobel prize-winning author Pinter, whose best-known works include The Birthday Party, The Dumb Waiter and The Homecoming, described cricket
as “the greatest thing that God created”.

The British Library has a series of written correspondence between Beckett and Pinter which reflects the enduring and affectionate friendship between the two celebrated writers, and reveals how Beckett offered Pinter praise and encouragement for his work.

Stumped is a two-act play, a two-hander, Dutta told Eastern Eye in an interview on Tuesday (30). “I knew Samuel Beckett and Harold Pinter knew each other. Pinter was a huge admirer of Beckett and read all his work,” he said.

“The play imagines what might have happened if they had ever got to play together because Beckett stopped playing cricket when he was very young, I think (when he was) 23.

“Pinter played as a kid, but stopped before taking it up again in his late 30s. So they both kind of didn’t play as much as they might have.”

Dutta, who teaches Latin and Greek at a school in south London, did his PhD on the Ancient Greek comic playwright Aristophanes. His play The Changing of the Guard, based on the Trojan War, was directed by Iqbal Khan, who most recently was the artistic director of the Commonwealth Games opening ceremony.

“For me the play (Stumped) is kind of an antidote to the PhD,” Dutta said, adding, “I’ve had a go at doing what my PhD was about – as an author, rather than as an academic – which is an interesting change for me.”

The idea for the play originally came to Dutta during lockdown in 2020.

“I did an event for a festival about Beckett, which looked at his relationship with Pinter and his love of sport,” he said.

“My fellow Gaieties member, Inigo Thomas, suggested I write a funny five-minute sketch to coincide with a Beckett festival in Enniskillen the following year.

“I wanted to do it properly so I put it on the backburner for when I had time. But then I actually ended up writing it in lockdown because suddenly two or three days turned into weeks of lockdown.”

The struggles of the shut down and Pinter’s work helped extend a five-minute sketch into a fully-fledged play. Dutta recalled, “It was early summer and I thought, ‘God, we’ve been waiting and waiting around’ and my play is kind of about waiting.

“Beckett wrote Waiting for Godot, in which two characters wait a lot. And Pinter wrote The Dumb Waiter, which again involves two characters waiting for instructions. I thought, ‘this whole vibe the country is going through, of waiting, now fits with what I want to do with the play.’ So I ended up just writing the play in that first big lockdown.”

Dutta said both actors revered Beckett and Pinter, adding, “I think actors love Pinter and Beckett’s work because they’re interested in language and they are exciting plays to perform. A play which fictionalises the writers who wrote those plays is something that tickles actors. They think, ‘oh, that sounds interesting and fun.’

“That is why we were able to get Stephen and Andrew; its fun – the idea of playing their heroes.”

Dutta got to know Pinter towards the latter half of his life, after the renowned playwright started playing cricket for Pinter’s club, Gaieties CC.

The club is named after Gaiety Theatre and was set up in 1937 by a musical star of the time, Lauri Lupino Lane. It comprises theatre actors or those who work in the production of plays.

Dutta recalled how Pinter came across them when he took his son to the Gover School of Cricket in south London.

“It’s quite a famous cricket school that a lot of Surrey players will have been to.

“When Pinter took his son there, the guy who was coaching worked at the London Palladium. Pinter chatted with him and said ‘I used to play cricket, but I haven’t played it in a long time’. So he ended up having a net. And the guy invited him to come and play for this team, Gaieties.”

Pinter’s association with Gaieties as a player, match manager, umpire and chairman lasted for 40 years until his death in 2008.

“Towards the end of his life, when his health declined, he wasn’t able to come to quite as many matches. But he was still involved in selecting teams, organising the AGM, and if he wasn’t able to attend a match, you had to phone him up and talk him through the match,” said Dutta.

It seems fitting that the production of Stumped should be showcased at the home of cricket, Lord’s. Dutta said he could not remember how the opportunity came about, but spoke of his gratitude that the play will take place at Beckett’s and Pinter’s favourite ground.

“What’s nice about it is Pinter –when he was a boy – sometimes used to nip off from school to Lord’s, rather naughtily, to watch a bit of county cricket. He loved Denis Compton and John Eldrich. He used to watch them play for Middlesex.

“Lord’s was always a ground that meant a lot to Pinter, and it was Beckett’s favourite ground,” said Dutta.

“It also meant a lot to me because I played for Middlesex under-12s, and sometimes we would get to play at the Nursery Ground at Lord’s. So it’s my favourite ground as well.”

The play, with an audience of 150 people, will be streamed live next week, and then will be available on demand.

Dutta dismissed suggestions that streaming plays could stop people from going to theatres. “It’s an interesting question, but I don’t think it’s an either-or situation.

“The company, Original Theatre (who produced Stumped), were exploring digital theatre before the pandemic. It allows people who live in remote places, who live in other countries, to watch theatre.

“We live in a world that likes convenience, so being able to watch it when you want to watch it, like on-demand TV, that’s good. I will probably say anything that allows more people to watch things in different ways that are theatrical is ultimately good.”

Dutta said he will continue to explore the theme of interactions between historical figures in his future work.

“I’ve got a project about a meeting between Walt Whitman and Oscar Wilde that took place during Wilde’s first US tour. I’m also co-writing something about the meeting of two magicians, Jasper Maskelyne and a German with the stage name Kalanag, whose talents for deception were deployed by their respective armies in the Second World War.”

Stumped will be streamed live from Lord’s next Saturday (10), and will be available on demand from September 27.