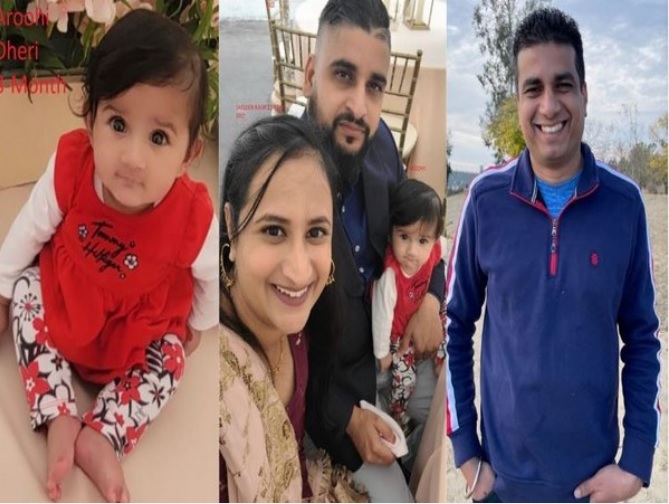 The family, originally from Harsi Pind in Hoshiarpur, Punjab, was kidnapped at a business in Merced County, California, on October 3, 2022.

The family, originally from Harsi Pind in Hoshiarpur, Punjab, was kidnapped at a business in Merced County, California, on Monday.

Warnke said that a farm worker near the orchard found the bodies and immediately contacted authorities. All of the bodies were found close together.

“Tonight our worse fears have been confirmed,” the Sheriff said addressing a press conference. “We found four people from the kidnapping. They are in fact deceased,” Sheriff Vern Warnke said.

“The family (of the victim) have been notified. We have made arrangements through other contacts to try and get them,” he said. The police will process the scene of crime to determine the motive for the killings, he said.

The Sheriff described it as a “horribly senseless” act and said that the police did not know the “motivation yet.”

“We have a whole family wiped out and for what? We don’t know yet,” he said.

“There are no words to describe the anger I feel,” Warnke said during a press conference Wednesday evening. “There’s a special place in hell for this guy,” he said about Jesus Manuel Salgado, the suspect, who attempted to kill himself.

Earlier in the day on Wednesday, the Merced County Sheriff’s Office released a chilling new video showing the moment the family was kidnapped.

Jasdeep and Amandeep Singh came out of the business with their hands zip-tied together. Moments later, the video shows the kidnapper leading Jasleen and her 8-month-old baby, Aroohi, out of the building into a truck.

Salgado, the person of interest, was taken into custody Tuesday afternoon and remains in the hospital in critical condition after he tried to kill himself.

The sheriff’s office said his own family contacted authorities reporting that Salgado had admitted to them he was involved with the kidnapping of the family.