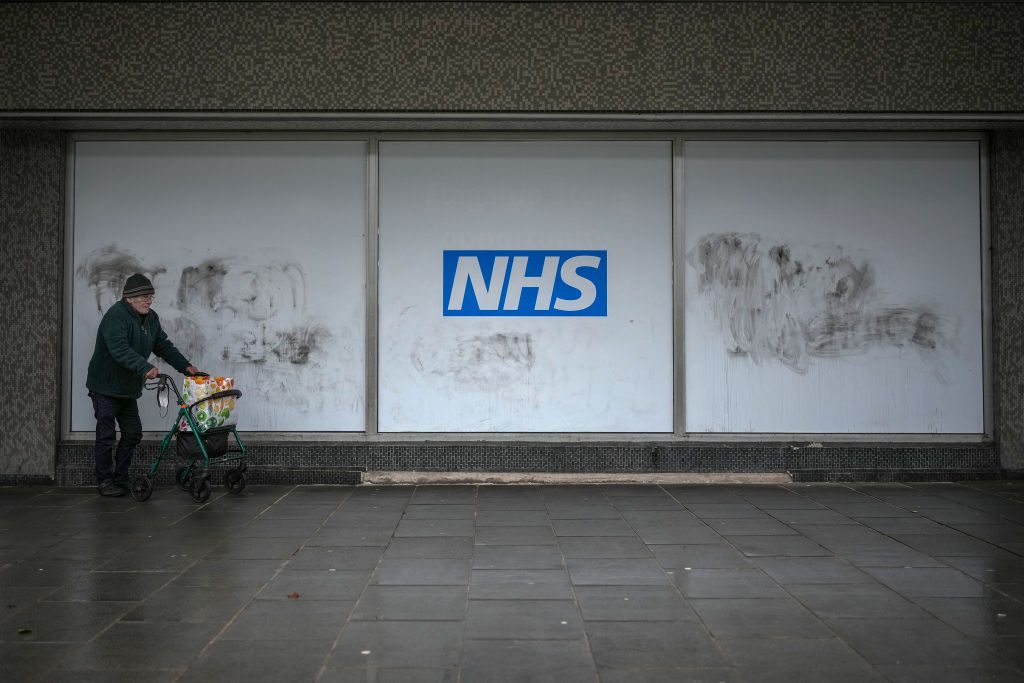 THE NHS is encouraging people with symptoms such as a long-standing persistent cough to visit their GP for potentially lifesaving checks in its latest campaign to catch lung cancer earlier when it is easier to treat.

The launch of the latest Help Us Help You campaign, on World Lung Cancer Day (August 1), comes after figures suggest that people at risk of lung cancer may not be coming forward for care despite lung cancer being the biggest cause of cancer deaths in England, a press release from NHS said.

Cancer health chiefs are warning the public to go to their GP if they have had a persistent cough for longer than three weeks or notice other symptoms like coughing up blood or persistent breathlessness.

Around 40,000 cases of lung cancer are diagnosed every year, with the NHS expanding its targeted lung health check programme to ensure it reaches out and screens those most at risk of the cancer.

Lung cancer is one of the most serious type of cancers and last year was the fifth biggest cause of death in England accounting for 26,410 deaths.

Thanks to national awareness campaigns and early diagnosis initiatives, one in every four GP referrals are now for suspected cancer –  with the NHS seeing record numbers of people getting checked for cancer over the last year with over 5.3 million people referred between June 2021 and May 2022, and over 670,000 since March 2020 starting treatment.

The latest campaign will target the groups of people most at risk including over 60s, as well as people from more working-class backgrounds who are often more reluctant to visit their GP which is critical to getting an early diagnosis.

Professor Peter Johnson, National Clinical Director for Cancer, said, “We are going further and faster in our efforts to tackle cancer and have seen record numbers of people coming forward for tests and checks in the last year thanks to our campaigns and early diagnosis initiatives, but for lung cancer, we have not seen referrals bounce back at the same rate as other cancers.

“It is vital that people stay alert against suspected lung cancer symptoms, so if you have a continuous cough or breathlessness, don’t ignore or assume it’s something else, please visit your GP and get it checked out – it probably won’t be cancer but catching it early can help save lives.”

The NHS ‘Help Us, Help You’ campaign will run across TV, video-on-demand services such as ITV Hub, radio, and social media over the next few months to spread awareness of lung cancer symptoms.

Cally Palmer, NHS England National Cancer Director said, “We know for a fact most people who get diagnosed with lung cancer early go on to survive so it is imperative that people are aware of the symptoms and come forward as quickly as possible.

“The NHS is here to help and our services are open so people should not hesitate to come forward if they notice potential lung cancer symptoms.”

Tracy Bourne, 59, from Stoke-on-Trent first noticed a cough around Christmas 2018, but she didn’t think to visit her GP until later March 2019 when she developed a bad chest and fell ill.

When she did see a doctor, she mentioned her cough which had started months beforehand and was referred for an X-ray that same day. The X-ray picked up a shadow on Tracy’s right lung and she was immediately referred for further scans. She was diagnosed with lung cancer just weeks later and was told by a consultant that she could have had the tumour for eight years.

By mid-May, Tracy had undergone surgery to remove part of her lung and just a month later she received the all-clear and celebrated with a holiday abroad.

Tracy said, “I just thought it was a chest infection and, even though I was being sent for scans, I kept putting off the thought it was lung cancer because I have never smoked in my life!

“It just goes to show how important it is to get help if something isn’t right. To anyone else to is experiencing a cough that hasn’t gone away, I would really encourage you to contact a medical professional and get yourself checked out.

“I am just so grateful to that GP who realised that my cough might have been more than an infection and sent me for the initial X-ray. Without a doubt, it saved my life.”

Earlier this year NHS chief executive Amanda Pritchard announced a revolutionary drug, atezolizumab, for lung cancer patients thanks to an NHS England brokered deal which helps reduce the chance of lung cancer reappearing or death by 34%.

The NHS this year also secured access to durvalumab, which can help double how long somebody can survive an aggressive form of lung cancer, as well as, mobocertinib, which will help hundreds of patients tackle a rare form of lung cancer which can’t be removed by surgery.

Health and Social Care Secretary Steve Barclay said, “We know that the earlier you catch cancer, the better the chances of survival, and the ‘Help Us Help You’ initiative is empowering people to come forward for screening – particularly for lung cancer, which is the biggest cause of death by cancer in England.

“I want to thank all those that continue to be involved in this life-saving campaign, which aims to increase the number of cancer patients diagnosed at earlier stages from half to three-quarters by 2028.

“If you have any of the key symptoms set out by the NHS, I urge you to see your GP without delay to get checked out – early diagnosis is absolutely vital to beat this disease.”

Paula Chadwick, chief executive of Roy Castle Lung Cancer Foundation, said, “It is absolutely vital that if you are experiencing symptoms like a persistent cough or shortness of breath that you take action and contact your GP team. Don’t put it off. Don’t presume it’s nothing to worry about. Don’t worry about bothering your doctors. It is always best to check because if it is lung cancer, catching it early can make all the difference.”

The new lung cancer campaign is the latest drive by the NHS to deliver world-class cancer care and restore cancer services following the pandemic.

Last month (July 2022), the NHS announced a breakthrough treatment for people with respiratory cancer, which is set to benefit around 1,000 patients a year in England.

Back in March an NHS campaign was backed by Boxers, Love Island and Killing Eve stars, to encourage people to come forward to get checked if they have potential cancer symptoms.

The NHS Long Term Plan committed to increasing the proportion of cancers caught early, when they are easier to treat, from half to three in four.