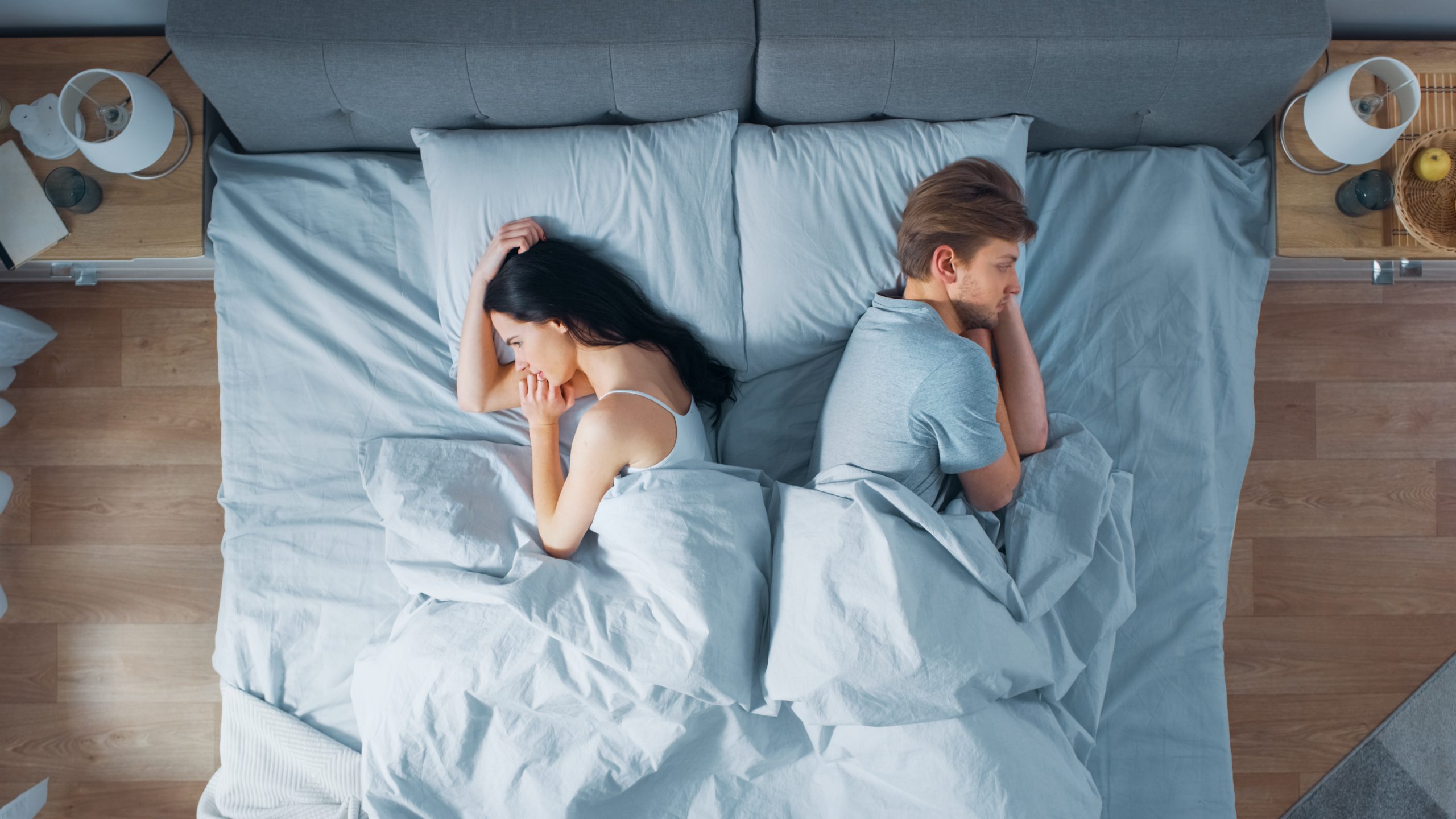 Up to 1 in 3 women between the ages of 30 and 59 experience low libido (desire or appetite for sex) at some point in their lives, informs WebMD.

A study consisting of 8000 people has found that a woman’s desire for her husband plunges after she turns 40, The Sun reports.

The research also shows that women increasingly prefer to do it alone in the bedroom once they’ve crossed 40 – since libido stays otherwise healthy into the 80s.

In contrast, it was found that men continue to desire their wives well into their 70s and 80s, with undiminished attraction levels.

Men are also less likely to wander after the age of 50 and focus more on their family as they get older, state the German and Scottish scientists who conducted the study.

The experts say that men lose the youthful lust for attractive strangers when they reach 50.

Women on the other hand, get more confident about their own needs as they age.

One theory as to why women are less attracted to their husbands as they cross 40 is because of the decline in their fertility.

Researcher Larissa Wieczorek from Hamburg University is reported to have stated in the Archives of Sexual Behavior, “It may be women’s sexual desire is influenced by family planning and is highest at ages where many women wish to become mothers.”

According to sex therapist Phillip Hodson the study is also reported to have found that partners struggle to communicate their needs.

He adds, “After 40, women often have the confidence and time to enjoy better sex while men don’t see the need to change things, often becoming ‘sex lazy’.”

An earlier report in The New York Times said that research suggests that the hormonal changes due to menopause are only part of the reason a woman’s sex life declines with age – the reasons many women stop wanting sex, enjoying sex and having sex are far more complex.

Dr Stephanie Faubion, director of the Mayo Clinic Center for Women’s Health in Rochester, Minn is reported to have said,

“We know that menopause seems to have a bad effect on libido, vaginal dryness and sexual pain.

“But what is coming up as a consistent finding is that the partner has such a prominent role. It’s not just the availability of the partner — it’s the physical health of the partner as well.”

Lyndsey Harper, MD in a report that features in WebMD says, “ When we talk about low sexual desire, it’s only defined personally. Low sexual desire is when your desire for sex is lower than you would like it to be or lower than it was in the past and that decline in desire is bothersome for you. It has to be bothersome to you in order for it to be a problem.”

The gynecologist/ obstetrician reportedly said that what you thought was a sex problem, may just turn out to be a misconception, or probably more than that.

“Some sexual problems definitely benefit from a multidisciplinary approach. The woman empowers herself through education. The physician oversees medication changes. The therapist is looking after the relationship or attitudes about sex,” she informs.