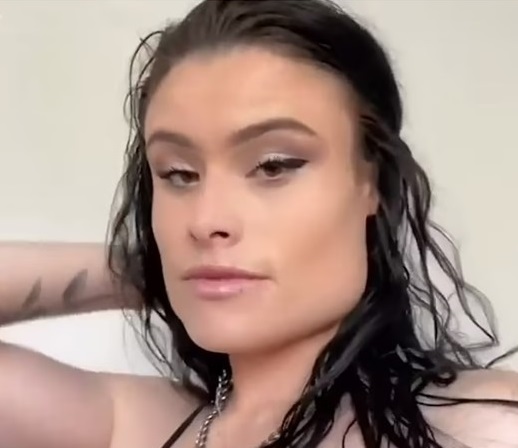 Twenty-three-year-old Brooke Martin who has over 40,000 followers on TikTok recently slammed followers who suggested she get surgery to ‘correct’ her prominent jawline – the bold trait responsible for her being compared to fictional animated characters like Lord Farquaad and Disney’s Buzz Lightyear.

The mother-to-be has chosen to embrace her strong jawline instead, and claims trolls who continue to hassle her are simply ‘obsessed’, the Daily Mail said.

The New Zealand blogger has reportedly been bullied all her life for her square jaw but says she ‘would rather die’ than change the way she looks.

Her TikTok handle called ‘girl with square jaw’ reflects her pride over her appearance.

However, some people write cruel things on her posts like ‘to infinity and beyond’ or ‘hey, it’s Quagmire’, referring to the fictional animated character from the American series Family Guy.

But Brooke simply ignores the unkind words and tells those who constantly post on her videos to leave her channel if they hate her.

She is reported to have said, ‘If you have a problem with me, pop off’.

She also receives lovely comments on her appearance on the social media platform.

In a video captioned ‘they know me as the girl with the square jaw’ one follower commented, ‘That’s jawsome’.

While another described Broke as stunning.

One woman said, ‘I think you look beautiful.’

Another follower added, ‘Didn’t they get the memo? It is hip to be square.’

Then again, some followers also try to sugarcoat their awkward questions. For instance, one woman asked – ‘I don’t mean to be rude because you really are pretty. Like for real. But do you have a condition or is this just a deformity?’

Luckily for Brooke, her followers are quick to her defence and she doesn’t have to bother responding.

Replying to the insensitive question, one follower reportedly said, ‘Just because you say you don’t mean to be rude doesn’t mean what you say is made un-rude.’

While another told her to mind her own business, as everyone should be allowed to celebrate ‘what makes them unique’.

Brooke has apparently inherited the bold trait from her father – she has shared photos of her as a little girl with her father, who had a similar, very prominent jawline.

Now, as the blogger is pregnant, many are reportedly betting on whether or not her baby, like her, will inherit the same type of jawline.