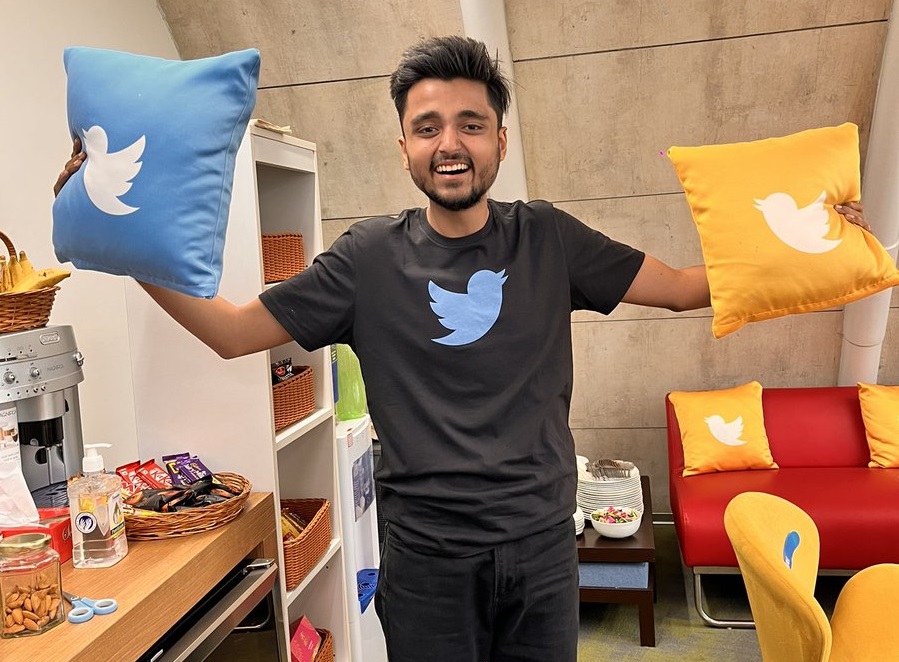 As per an unsigned internal memo seen by The Verge, Twitter employees were notified in the email that the layoffs were set to begin. Employees will receive an email by 9 AM PST on November 4th confirming whether they have been laid off or not, according to the internal memo, which also states that employee badge access to Twitter’s offices will be shut off “temporarily.”

“We acknowledge this is an incredibly challenging experience to go through, whether or not you are impacted,” the memo read.

“Thank you for continuing to adhere to Twitter policies that prohibit you from discussing confidential company information on social media, with the press or elsewhere,” the memo added.

A 25-year-old Indian man Yash Agarwal, who worked as a Public Policy Associate for Twitter India and South Asia, is one of the employees who got sacked.

A job loss is often one of life’s most stressful events, but Yash seems to have taken it on the chin.

While sharing a smiling picture, he tweeted, “Just got laid off. Bird App, it was an absolute honour, the greatest privilege ever to be a part of this team…#LoveWhereYouWorked #LoveTwitter.”

Yash’s Twitter post has now gone viral on the platform where netizens are paraisng Yash for having a poistive attitude in life. The tweet has till now received 17.1K likes.

A user wrote, “Amazing , that’s self confidence , nothing can bring you down ! You are unstoppable , Rise & Shine ! With all the Twitter employees getting laid off, The rich brat will pay for sabotaging the culture ethics and destroying the companies with one of the Best Cultures.”

Another user wrote, “You are gonna be just fine. When one window of opportunity closes, another huge one opens with amazing cloud and a silver lining on it.”

According to his LinkedIn profile, Yash worked as a Public Policy Associate for Twitter India and South Asia, and had spent the past 2 years focusing on external partnerships, government relations with state governments and union ministries, campaigns with civil society/NGOs, XFN efforts around elections, #TwitterForGood, civic integrity and policy research analysis work for the Policy team in India & South Asia.

Musk is expected to cut roughly half of Twitter’s roughly 7,500-person workforce.
The layoff comes a week after Musk became Twitter owner.

Musk has already indicated that he would make job cuts at Twitter, telling employees at a town-hall meeting this summer that there needs to be “a rationalization of headcount” at the social network.

On October 30, asked by someone on Twitter to identify “the one thing that’s most messed-up at Twitter right now,” Musk replied, “There seem to be 10 people ‘managing’ for every one person coding” at Twitter.