WHO to set up centre for traditional medicine in India 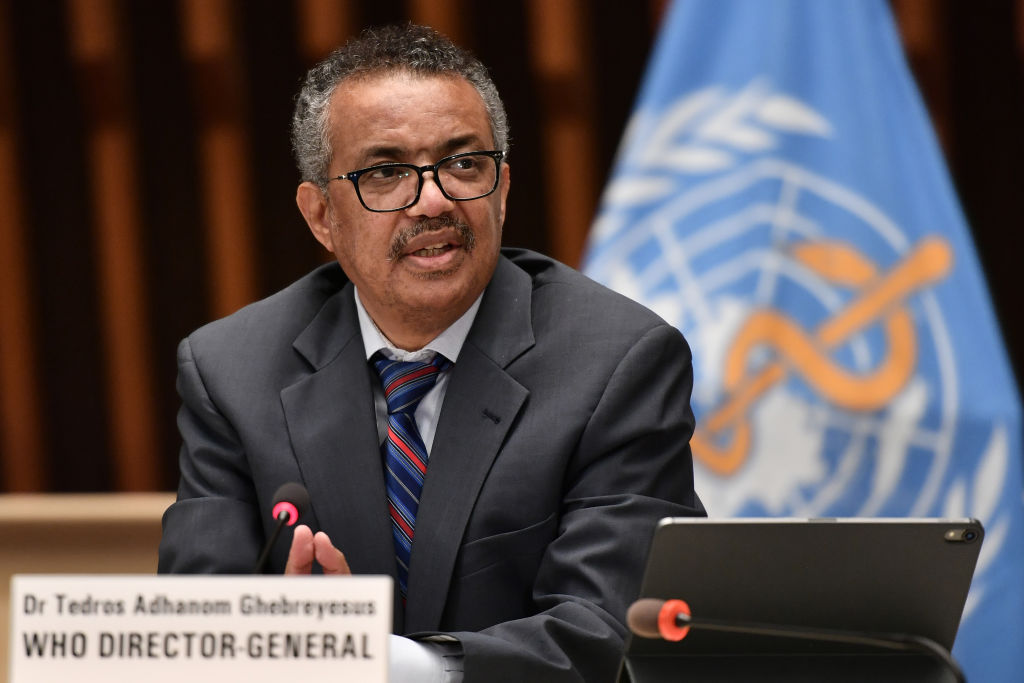 The World Health Organisation announced on Friday that it will set up a Global Centre for Traditional Medicine in India, with Prime Minister Narendra Modi expressing confidence that just like the country has emerged as the ‘pharmacy of the world’, the WHO institution will become the centre for global wellness.

WHO Director General Tedros Adhanom Ghebreyesus made the announcement in a video message at an event in which Prime Minister Modi dedicated two future-ready Ayurveda institutions in Jaipur and Jamnagar to the nation via video conferencing on the occasion of the 5th Ayurveda Day.

The Jamnagar institute has been conferred the status of an Institution of National Importance (INI) by an act of Parliament and the one at Jaipur has been designated an Institution Deemed to be University (De novo Category) by the University Grants Commission (UGC), according to the AYUSH ministry.

In his video message, Ghebreyesus said, “I am pleased to announce that we have agreed to open a WHO Global Centre of Traditional Medicine in India to strengthen the evidence, research, training and awareness of traditional and complementary medicine.”

“This new centre will support WHO’s efforts to implement the WHO traditional medicine strategy 2014-2023 which aims to support countries in developing policies and action plans to strengthen the role of traditional medicine as part of their journey to universal health coverage and a healthier, fairer and safer world,” he said.

Traditional systems of medicine such as Ayurveda can play an important role in integrated people-centric health services and healthcare, but they have not received enough attention, the WHO DG said.

Modi said Ayurveda is India’s heritage whose expansion entails the welfare of humanity and all Indians will be happy to see that the country’s traditional knowledge is enriching other countries.

“It is a matter of pride for all Indians that the WHO has chosen India for establishing its Global Centre for Traditional Medicine. Now work will be done in this direction from India,” Modi said.

“I would like to thank the WHO and particularly its Director General Tedros for giving this responsibility to India. I am confident that just like India has emerged as the pharmacy of the world, in the same manner this centre for traditional medicine will become the centre for global wellness,” he said.

Stressing on bringing ayurveda knowledge out of books, scriptures and home remedies and developing this ancient knowledge as per modern needs, Modi said new research is being done in the country by combining information received from modern science of the 21st century with India’s ancient medical knowledge.

Noting that three years ago, the All India Ayurvedic Institute was established here, he said Ayurveda is not just an alternative today but one of the key basis of the country’s health policy.

Modi informed that work is on to develop the National Sowa-Rigpa Institute for research and other studies related to Sowa-Rigpa in Leh.

The two institutions in Gujarat and Rajasthan which have been upgraded are also an extension of this development, he added.

Congratulating the two institutes for their upgradation, the prime minister pointed out that they have more responsibility now and hoped that they will prepare syllabus for Ayurveda which meets international standards.

He also called upon the Education Ministry and UGC to find new avenues in disciplines like Ayurveda Physics and Ayurveda Chemistry.

Modi also urged startups and the private sector to study global trends and demands and ensure their participation in the sector.

He said the significant increase in export of spices like turmeric, ginger, considered as immunity boosters, shows the sudden boost in confidence in Ayurvedic solutions and Indian spices in the world.        In many countries, drinks related to turmeric are also increasing and the world’s prestigious medical journals are also seeing new hope in Ayurveda, he noted.

Modi said that during the coronavirus period, the focus was not only limited to the use of Ayurveda alone but also on research related to AYUSH in the country and the world.

“On one hand, India is testing vaccines, on the other, it is also increasing international cooperation on Ayurvedic research to fight COVID,” he said.

Modi pointed out that research is going on in more than a hundred places including at the All India Institute of Ayurveda in Delhi which has conducted research related to immunity on 80,000 Delhi Police personnel.

It may be the world’s largest group study and there are encouraging results, he said.

A few more international trials are to be started, he added.

He also highlighted that prices of Ayurvedic herbs like Ashwagandha, Giloy, Tulsi have increased amid the pandemic.

The price of Ashwagandha has more than doubled compared to last year and its direct benefit is reaching farmers, he said.