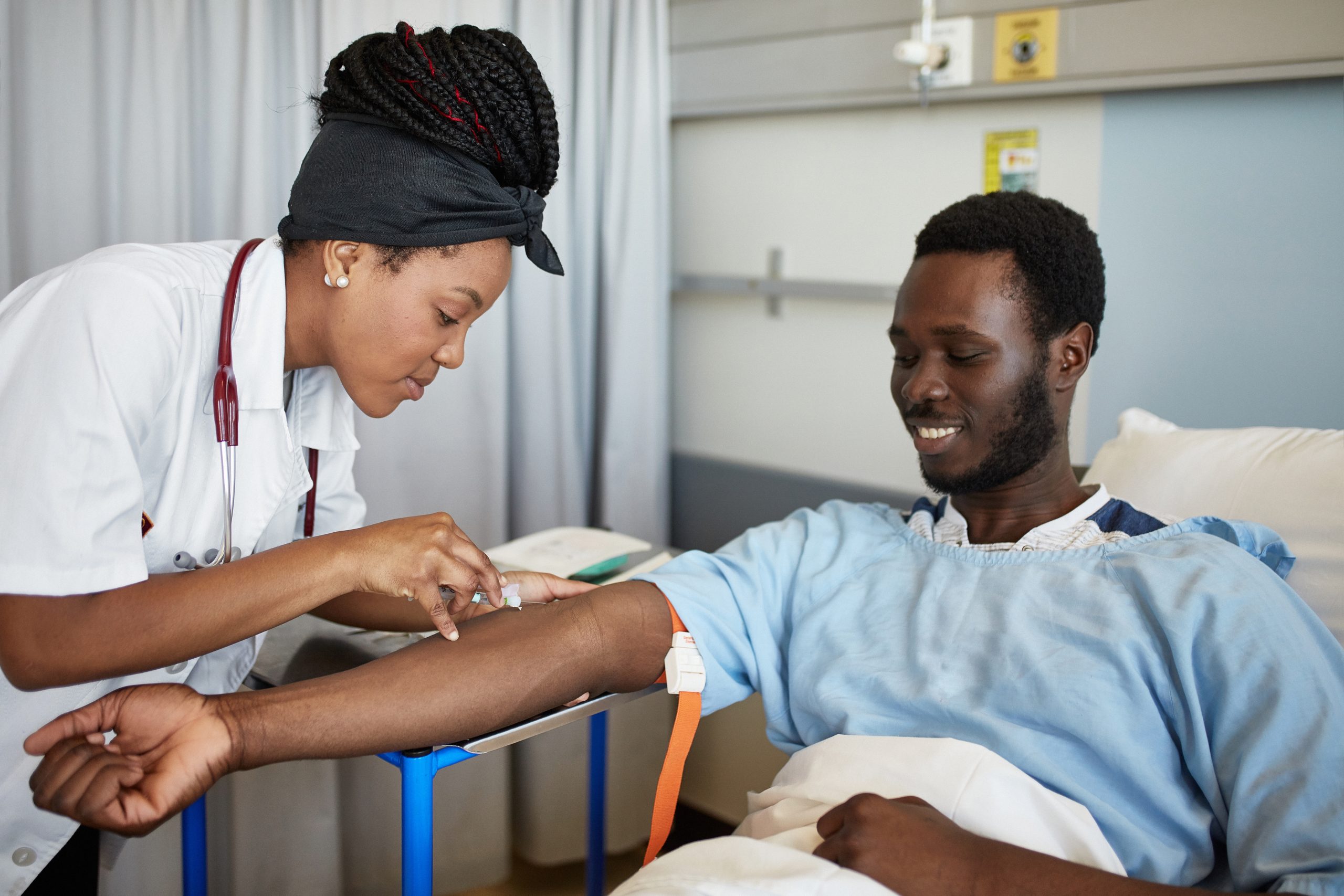 Approximately 15,000 people in the UK are reportedly affected with sickle cell disease. This disease is particularly common among people with an African or Caribbean heritage and is part of a group of diseases caused by red blood cell disorders.

Healthy red blood cells are round and move easily through small blood vessels to help carry oxygen to all parts of the body.

However, when an individual has sickle cell disease (SCD), their haemoglobin is not normal, and this causes the red blood cells to become hard and sticky, the Mirror reports.

They also resemble a tool called a sickle and hence the name.

SCD has reportedly become one of the fastest growing genetic conditions in the UK, with many people needing frequent blood transfusions just to stay alive.

Additionally, since the demand for blood donations to treat SCD has increased by 67% over the past five years, the NHS is urging more Black blood donors to come forward as people of African descent, including African-Americans, are the most at risk of this disease.

Other at-risk groups include Hispanic Americans from central and South America, as well as people of Middle Eastern, Asian, Indian, and Mediterranean origin.

People who are born with sickle cell disease tend to experience symptoms from early childhood, though some children tend to have fewer symptoms than others.

The Centers for Disease Control and Prevention (CDC) explains how SCD impacts the body. It reportedly said, “The sickle cells die early, which causes a constant shortage of red blood cells.

“Also, when they travel through small blood vessels, they get stuck and clog the blood flow.

“This can cause pain and other serious complications (health problems) such as infection, acute chest syndrome, and stroke.”

Here’s what you need to know about the symptoms of SCD, what causes this disease, and whether it can be treated.

SCD is a condition that affects the blood – it causes the red blood cells to take on a sickle or crescent shape which means that cells get stuck in blood vessels and block them. This results in painful episodes and serious or even fatal long-term complications, including organ damage and strokes.

The most serious type of SCD, which is a group of inherited health conditions, is sickle cell anaemia, where organs don’t receive enough blood flow and this causes the blood to become chronically low in oxygen.

According to the NHS, the main symptoms of sickle cell disease are as follows:

• an increased risk of serious infections

• Some people also experience symptoms like delayed growth, lung problems, and even strokes.

Sickle cell disease is a lifelong condition requiring treatment throughout a person’s lifetime.

The only cure for this disease is to undergo a stem cell or bone marrow transplant. However, there are risks involved with this treatment, therefore they are not done that often.

Experts are of the opinion that those with SCD should opt for self-care methods to avoid triggering crisis episodes and manage pain.

Some available treatments include:

• Painkillers, such as paracetamol or ibuprofen.

SCD is reportedly caused by a gene that affects how red blood cells develop. If both parents have this gene, there’s a one-in-four chance of a child being born with this disease.

However, parents themselves will not have the disease and they are usually only the carriers of it, the Mirror state