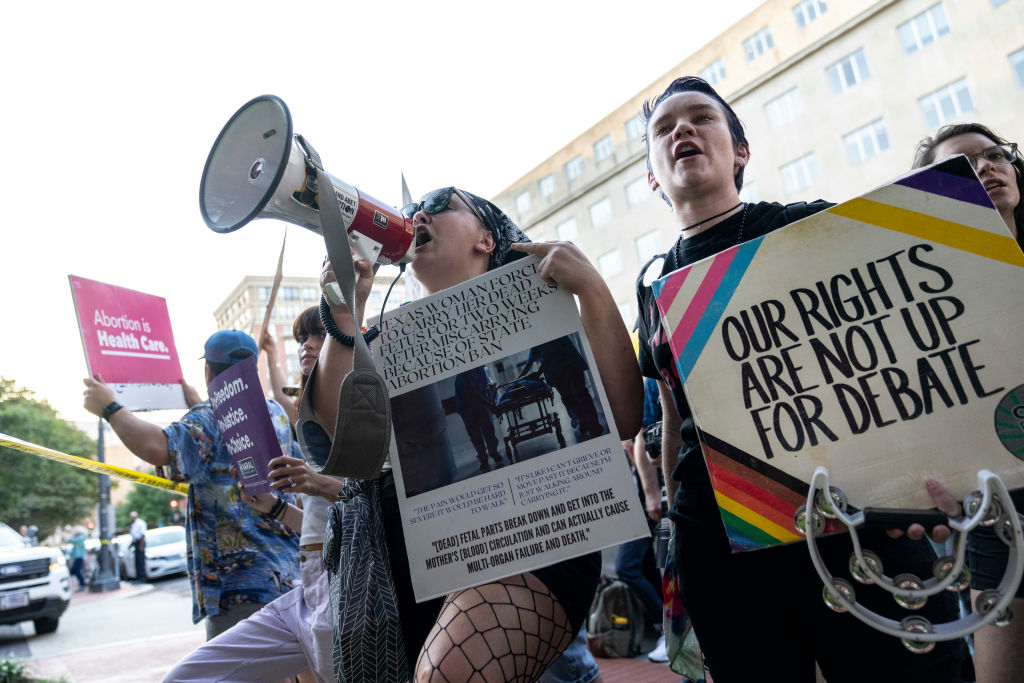 West Virginia lawmakers on Tuesday (13) passed a sweeping abortion ban that prohibits the procedure even in the earliest days of pregnancy with limited exceptions in cases of rape, incest and when the health of the mother is at risk.

The bill, which now goes to Governor Jim Justice for his signature, is the second abortion ban passed by a state after the deeply conservative U.S. Supreme Court overturned the 49-year-old Roe v Wade decision that established a constitutional right to the procedure.

The measure, which Justice is expected to sign, comes as differences are beginning to emerge among Republicans over how strict to make abortion bans ahead of November elections that will decide control of Congress.

The largely conservative party has campaigned for years to limit abortion access. A resounding defeat of a ballot initiative that would have opened the door to a ban in deeply conservative Kansas has led some Republicans to back away from the issue to avoid alienating women voters.

At the national level, U.S. Senator Lindsey Graham on Tuesday proposed restricting abortions throughout the country after 15 weeks gestation. Graham, a Republican, said such a move would help define his party on the issue in advance of November’s congressional elections.

In West Virginia, Republican lawmakers who dominate the legislature wrangled for weeks over how rigid to make the bill, ultimately shrinking the length of time adult rape victims would have to seek care but removing criminal penalties for doctors.

The measure passed on Tuesday outlaws abortion after an embryo has been implanted in a woman’s uterus, usually within a few days of conception. Minors who are rape or incest victims would have up to 14 weeks to terminate pregnancies, while adults who are raped will have only eight weeks to obtain an abortion.

Abortions that are allowed must be performed by physicians or osteopaths with hospital-admitting privileges. Providers could lose their licenses if procedures they offer are deemed to be illegal.

Anyone who performs an abortion who is not a doctor or osteopath with hospital-admitting privileges would be subject to prison time.

“No matter how many narrow exceptions are written into this dangerous bill, it will cause chaos in the healthcare system and result in people being denied life-saving care, including survivors of sexual assault,” she said.

State Senator Eric Tarr, a Republican, said he thought the bill should have outlawed abortion at conception and not made exceptions for victims of rape or incest, which he views as punishing a baby for the sins of its father.

Still, he said the bill would help the legislature achieve the goal of shutting down the state’s only abortion clinic.