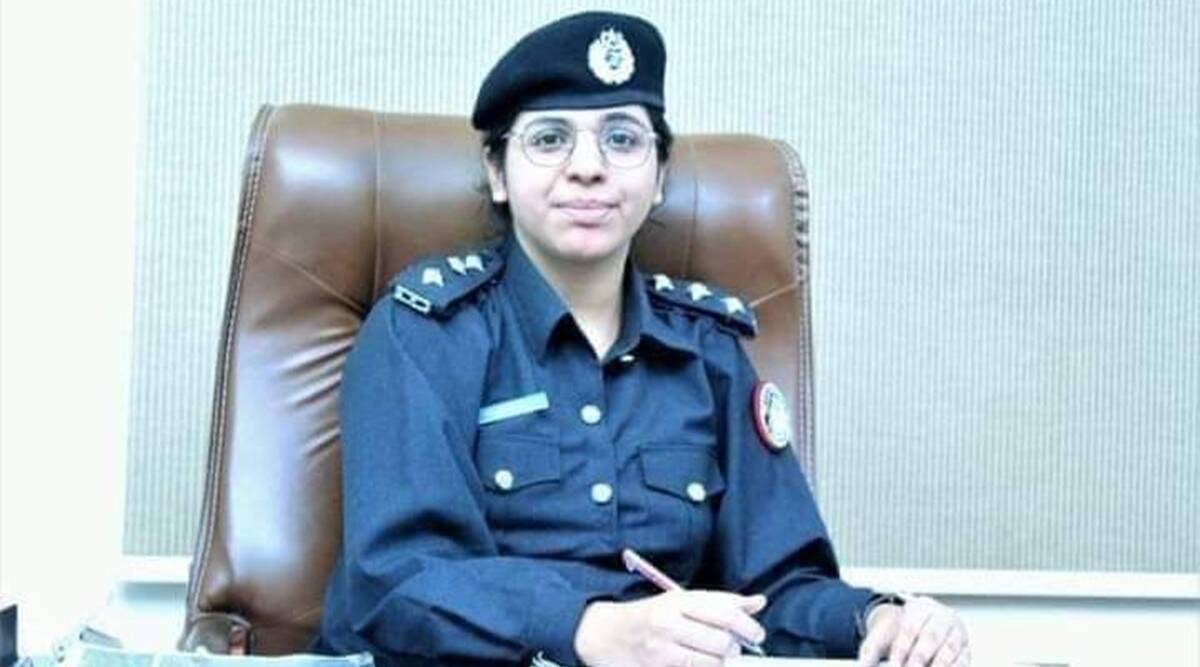 Beating all odds and rising to become Pakistan’s first Hindu woman Deputy Superintendent of Police, Manisha Ropeta is thrilled to have “proven wrong” her relatives and is looking forward to taking on new challenges: to be a women protector by leading a feminist drive and encourage gender equality in a patriarchal society.

Ropeta, 26, who is from Jacobabad in interior Sindh province, believes women are the target of many crimes and are the most oppressed people in male-dominated Pakistan.

Ropeta cleared the Sindh Public Service Commission examination last year. She ranked 16th on a merit list of 152 successful candidates. She is undergoing training and will be posted as the Deputy Superintendent of Police (DSP) in the crime-infested area of Lyari.

“From childhood, my sisters and I have seen the same old system of patriarchy where girls are told if they want to get educated and work it can only be as teachers or doctors,” she said.

Belonging to a middle-class family, Ropeta says she wants to end the notion that girls from good families should refrain from joining the police service or working in district courts.

“Women are the most oppressed and the target of many crimes in our society and I joined the police because I feel we need a ‘women protector’ in our society,” she said.

Physical and sexual violence, honour killings and forced marriages make Pakistan one of the worst countries for women. The Global Gender Gap Index of the World Economic Forum had ranked Pakistan third from the bottom a couple of years ago. Pakistan was ranked 151 out of 153 countries.

According to another report by the Aurat Foundation, a Pakistani NGO working for the rights of women, almost 70 per cent of women in the country have been victims of domestic violence, at least once in their lives. This violence is generally committed by their intimate partners’ husbands.

Ropeta feels her working as a senior police officer will empower women and give them authority.

“I want to lead a feminism drive and encourage gender equality in the police force. I myself have always been very inspired and attracted to the role of the police force,” she said.

Ropeta’s other three other sisters are all doctors and her youngest brother is studying medicine. Her father, who passed away when she was 13, was a trader in Jacobabad.

She was brought up by her mother who after her husband’s death shifted with her children to Karachi.

Ropeta recalled that in her hometown it was not normal for girls to pursue higher education, and when her relatives came to know that she was joining the police force, they thought she would not last long in such a tough profession.

“So far, I have proven them wrong,” she said.

Asked what prompted her to choose a different profession, Ropeta says she had failed by one mark to clear her MBBS entrance examinations.

I then told my family I was taking a degree in physical therapy but at the same time I prepared for the Sindh Public Services Commission examinations and I passed that, getting 16th position among 468 candidates, she said.

Ropeta admits that though it is not easy to be in a senior position in the Sindh Police and to get on-field training in a place like Lyari, she said her colleagues, superiors and juniors treat her with respect for her views and hard work.

Ropeta is hopeful of playing a big role in portraying a better image of the police whom many people still do not trust and do not want to deal with to report the crimes.

Before Ropeta, Pushpa Kumari from Umerkot district had passed her examination and joined Sindh Police as the first Hindu assistant sub-inspector.

According to the World Economic Forum, 5,000 Pakistani women a year are still being killed in the name of honour.’ In September 2019, the Human Rights Commission of Pakistan (HRCP) had rung alarm bells over the plight of women in Pakistan, saying 430 cases of honour killings were reported in the country in 2020.