Want to get inked? Think again as tattoo ink chemicals may cause cancer 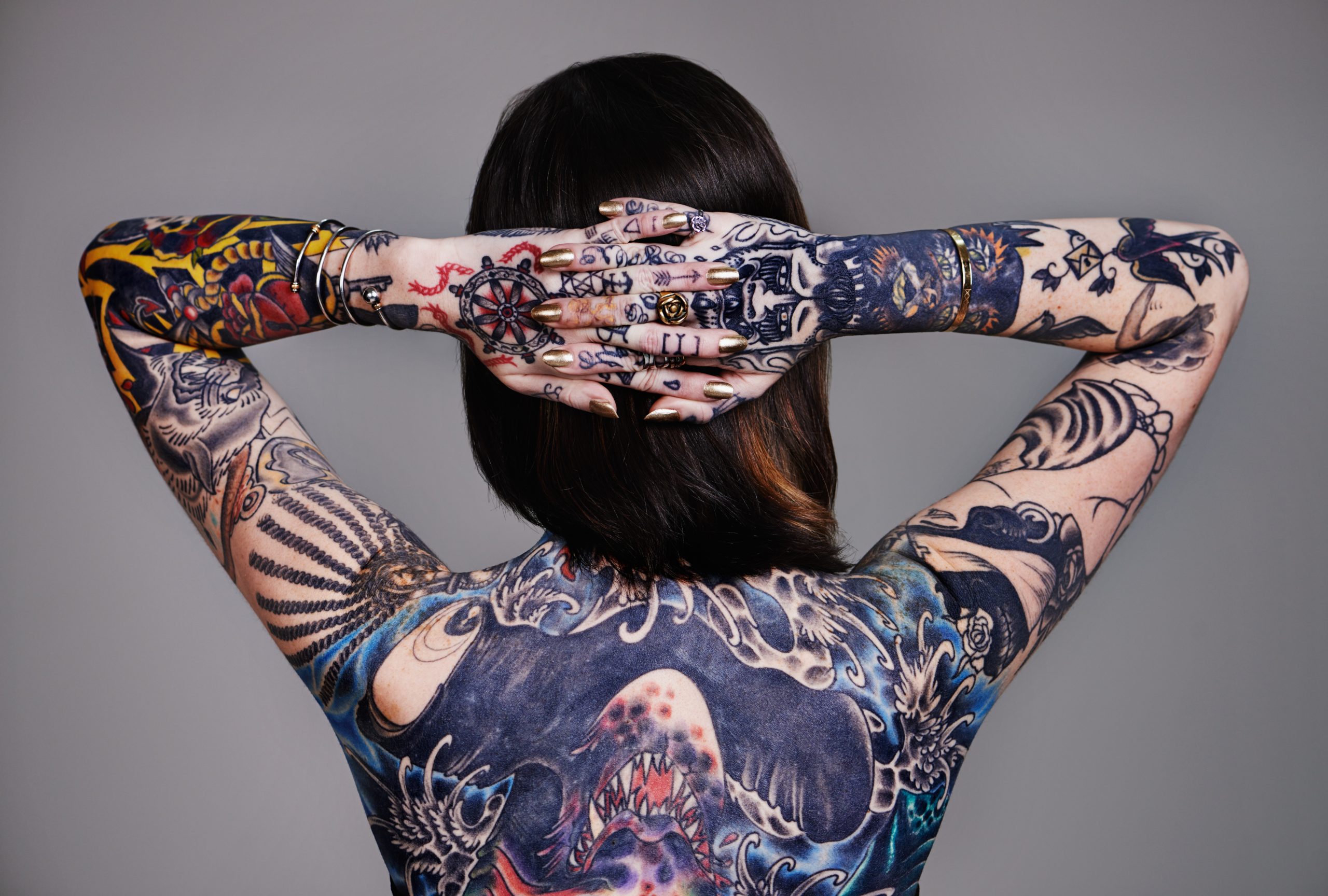 Getting tattoos can potentially lead to a number of risks, including allergic reactions, skin infections, and scarring. While researchers have been studying the possible link between tattoos and cancer for years now, a new study has found that tattoo ink may contain toxic cancer-causing chemicals.

Though getting a tattoo alone is unlikely to cause skin cancer, certain ingredients in tattoo ink could prove to be dangerous, the Daily Mail reports.

Amid warnings from some scientists in 2020 that two pigments – blue and green, caused cancer, the European Union (which includes 27 European countries but not the UK) is reported to have banned their use in tattoos in January. As a result, blue and green pigments have now been outlawed in Europe.

Despite up to three in ten Americans having at least one tattoo, the tattoo industry according to researchers, is supposed to be largely unmonitored in the US. Thus, these colours remain in use and there is no sign that authorities are moving to ban them, said the Daily Mail.

As part of the study, scientists at State University of New York (SUNY) investigated several popular tattoo inks and presented their findings Wednesday at the fall meeting of the American Chemical Society in Chicago, Illinois.

The scientists reportedly tested 56 inks and found several of these inks had substances that were not listed on the label.

According to the Daily Mail, in one case, ethanol (known to help thin the blood) was spotted in the tattoo ink. However, it was unclear whether this posed any health risks.

Additionally, some 23 pigments (typically blues and greens) were also found to contain azo-compounds. These compounds can reportedly become ‘carcinogenic’ (potential to cause cancer) if they are exposed to too much sunlight or lots of bacteria.

The substance azo is also used in car paints. An earlier report in Healthline cites that according to earlier research, red ink (which has been studied for decades) indicated an increased risk of liver cancer in rats who were exposed to red azo pigments.

The scientists at SUNY reportedly said that half of the 56-sample of tattoo inks they investigated had azo-compounds, which degenerate under ultra-violet light — emitted in sunlight — into cancer-causing chemicals.

They add that many also contained particles below 100 nanometers (nm) in size, which they said could get into a cell’s nucleus and trigger cancerous mutations.

Dr John Swierk, the chemist who led the study, told the Daily Mail, “We don’t necessarily know what the pigments break down into and so that’s the real concern.

“It’s possible that you might have pigments that by themselves are safe, but that photodecompose into something of concern.”

The Daily Mail informs that a tattoo is made up of two parts – the main piece is the pigment, which can be a molecular compound (like blue pigment) or a solid compound (such as titanium dioxide) which is an inorganic compound and which may be a carcinogen in humans.

Tattoos also contain carrier fluids which are typically alcohol-based that reportedly bring the pigment into position between two layers of skin.

American health authorities have warned that a tattoo poses several other health risks because the skin is pierced — this opens up a risk of bacterial or bloodborne infection like hepatitis B and C — if the equipment is not cleaned properly.

Additionally, over time, recipients may also develop nodules or granulomas (which are kind of little lumps) around the tattoo or scar tissue.

The Daily Mail states that scientists also investigated the size of particles in 16 inks used in tattoos, for the second part of the study.

The study showed that half (including black pigments) had particles below 100 nm, which were reportedly “concerning” because they could “get through the cell membrane and potentially cause harm.”

Dr Swierk is quoted as saying, “When you get down to that size regime you start to have concerns about nanoparticles penetrating cells, getting into the nucleus of cells, and doing damage and causing problems like cancer that way.

He adds, “Big companies manufacture pigments for everything, such as paint and textiles. These same pigments are used in tattoo inks.”

It is believed that little is known about what is actually in the tattoo inks used, as according to researchers, the Food and Drug Administration (FDA) is supposedly not keeping a close eye on the industry.

Scientists in the US are now aiming to build the first comprehensive database of ingredients in different tattoo inks. Specific concern has been raised over the two pigments — blue 15:3 and green 7 which potentially cause cancer.

Also, scientists have yet to investigate the impact of removing a tattoo, which is typically done via a laser. Lasers reportedly cause pain, blistering and crusting.

“We have the same concerns (of cancer risks) about laser tattoo removal, since we don’t understand how the laser is transforming the pigments,” said Dr Swierck.

Health risks of getting a tattoo