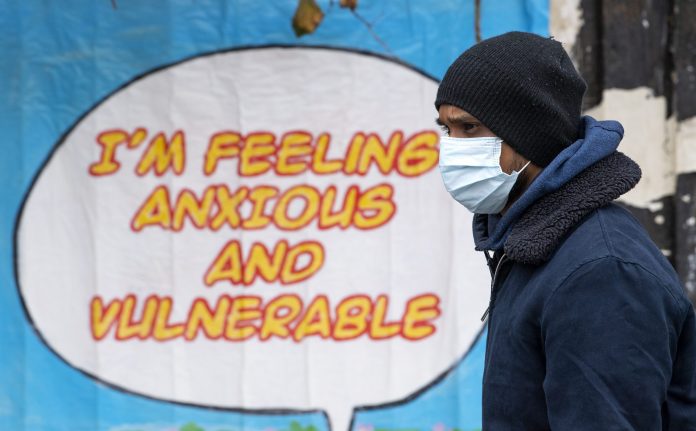 LONDON mayor Sadiq Khan has claimed the disproportionate number of ethnic minorities affected by coronavirus has “highlighted the structural inequalities in our society”.

Speaking to Eastern Eye on Tuesday (21), the mayor said it was important to recognise that the Covid-19 virus was “affecting some communities disproportionately worse than others”.

“What (the pandemic) has highlighted are structural inequalities in our society which mean the BAME groups have a double whammy,” he said. “You can’t help but notice when you look at the photographs of the first doctors who have lost their lives – they were all people of colour.”

Khan’s comments come after the government announced last week that it would launch a formal review into the impact of the virus on ethnic minority communities. The review, which will be led by the NHS and Public Health England (PHE), came after a number of prominent health experts put pressure on ministers to launch an investigation into the issue.

According to figures from NHS England last Friday (17), of the 13,918 patients in hospitals in England who had tested positive for the virus at time of death, 16.2 per cent were of BAME ethnicity.

Dr Bharat Pankhania, senior clinical lecturer at University of Exeter Medical School, said “answers were needed urgently so that we can take definitive action”.  He also stressed the importance of recording ethnicity in the review.

“We need to take action, investigate and identify but we can’t wait too long,” Dr Pankhania told Eastern Eye. “It needs to be done urgently.”

Khan called for officials to guarantee that the government review would report while the pandemic was still ongoing. “We need to ensure that any lessons that need to be learned are learned,” he said.

Members of BAME background make up 10.8 per cent of the UK population, showing that a greater proportion of deaths are within ethnic minority communities. Figures from the NHS found people of Indian heritage were the most affected by coronavirus, making up three per cent of hospital deaths, followed by those of Caribbean descent at 2.9 per cent and Africans at 1.9 per cent.

The latest data follows statistics earlier this month which showed that a third of coronavirus patients in intensive care were of ethnic origin.

The most recent fatalities from the Asian community include A&E doctor Dr Manjeet Singh Riyat; shopkeeper Raj Aggarwal, who had previously delivered supplies to his local hospital; and Uber driver Rajesh Jayaseelan.

Prominent doctors have welcomed news of the review into BAME deaths, urging work on the investigation without delay.

Dr Gaurav Gupta, a Kent GP and member of the British Medical Association (BMA) council, told Eastern Eye: “It is a positive step that the government has listened to the call asking for a review into this very serious matter. However, we need immediate action to make sure the disproportionate risks we are seeing in the BAME population are addressed, rather than having to wait until the end of a very long process.”

Dr Gupta added: “In terms of protecting the BAME healthcare workers and the ethnic population, we need some quick steps to reduce their risk, otherwise we would unnecessarily lose lives, which we can save now.”

Dr Pankhania admitted it was difficult to pinpoint the reasons for such a disproportionate impact of Covid-19 on BAME populations, but said socio-economic factors likely played a key part. For instance, many ethnic minorities may be more vulnerable to contracting the virus as they are more likely to have jobs in the health and social care system.

Previous official figures have shown those from mixed, black and other, black, and Pakistani/Bangladeshi backgrounds were more likely to work in care, leisure or other “low-skilled” positions. “(These jobs mean) they can’t work from home. They [jobs] are manual and can’t be carried out via Zoom meetings,” Dr Pankhania said. “They are more likely to be out and about, more likely to get affected and hence, more likely to succumb to the virus.”

In a letter to the government, several opposition Labour MPs said deaths among BAME communities represented “serious concerns”. The MPs also suggested that “ethnic minority doctors have too often struggled for equal treatment” – and noted the fact they were among the first NHS deaths is “not a coincidence”.

“There have been suggestions that such barriers mean that BAME doctors feel less able to complain about inadequate personal protection equipment, thereby putting themselves at risk,” according to the letter.

This week, as Ramadan starts, health authorities have also urged Muslim communities to adhere to social distancing guidelines during the holy month. Traditionally, it is a time when communities come together for communal prayers and meals.

However, current government guidelines mean places of worship have shut their doors and people have been advised not to socialise with anyone who does not live with them.

“The coronavirus restrictions are still very likely to be place by Eid, so the key message remains: stay at home, protect our NHS and save lives,” Dr Naqvi said.

Meanwhile, a new report claimed that areas with a high Muslim population could be less affected by the pandemic.

But they found that areas such as Tower Hamlets in east London, have, so far, recorded 548 cases of coronavirus. In comparison, there have been 859 confirmed cases in nearby Newham, and 1,075 in Southwark. Both boroughs have high proportions of ethnic minority residents, but fewer Muslims than Tower Hamlets.

The authors suggested this could be down to cultural habits such as regular hand washing.

Writing for The Times on Monday, Phillips said: “Maybe there is a revelation to be had here – if one key to stopping transmission of the virus is hand washing, might a faith community many of whose members ritually wash before five-times-a-day prayers have something to teach the rest of us?”

Sunder Katwala, head of thinktank British Future, also said a large number of Filippino nurses, hospital porters and other staff had been affected by coronavirus.

Meanwhile, at the briefing by Downing Street on Tuesday (21), health secretary Matt Hancock said researchers at Oxford University would begin human trials of a potential vaccine on Thursday (23). “I am certain we will throw everything we’ve got at developing a vaccine,” he said, adding the UK had “put more money than any other country on a vaccine search”.

Figures from the Office of National Statistics (ONS) this week also showed that one in three deaths in England and Wales are now coronavirus related.