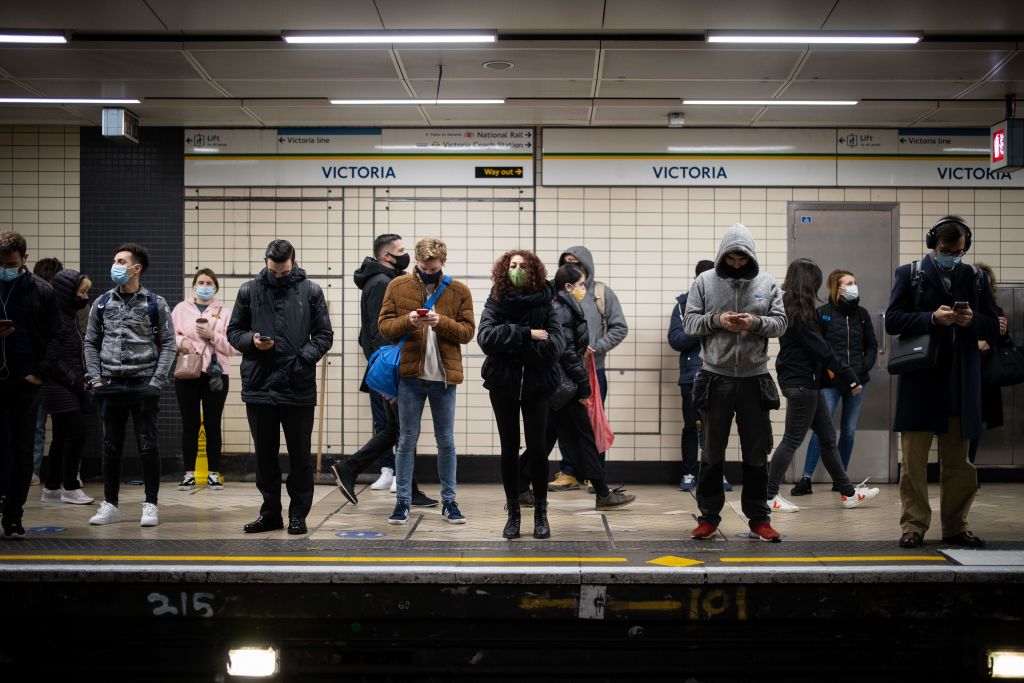 Another 310 deaths of those testing positive for the virus were reported Wednesday — the second consecutive day of more than 300 fatalities.

The upward trajectory of cases is now presenting a serious challenge to Prime Minister Boris Johnson’s strategy of  localised restrictions on the worst-hit areas.

On October 25, 128 people per 10,000 were infected in England, up from 60 on October 16, according to an ongoing study by Imperial College London and Ipsos MORI.

The national R rate — which indicates the number of people one person with the virus is likely to infect — rose to 1.6.

Prevalence was highest in northern England, although rates were climbing across all age groups and all regions, according to the study.

Earlier this year, Johnson was criticised for his initial relaxed approach to the outbreak, even as the number of positive cases and deaths spiralled elsewhere in Europe.

He eventually imposed a national lockdown in late March, shutting all non-essential shops and schools, and forcing millions to work from home to cut transmission rates.

The stay-at-home measures were lifted in June as cases dwindled but as numbers spiked again from September he has so far resisted calls for a second national lockdown.

The government is reluctant to do so given the damage the first did to the economy, triggering a wave of job losses and a severe dent in output.

Instead, England has a three-tier set of restrictions, depending on rates of infection.

But the Sun newspaper reported that government scientists now want stricter regulations as they warned there could be 25,000 virus patients in hospital by the end of November.

Many local leaders have resisted more stringent rules in their regions due to the devastating economic consequences and concerns over the mental health of residents.

With many of the worst-affected areas in northern English seats his Conservative party won from Labour in the last election, Johnson faces a difficult political balancing act.

Some of his own MPs in the north are calling for him to give a clearer indication of how long restrictions will last.

Britain is already the hardest hit country in Europe, with more than 45,000 fatalities of those testing positive for the disease.