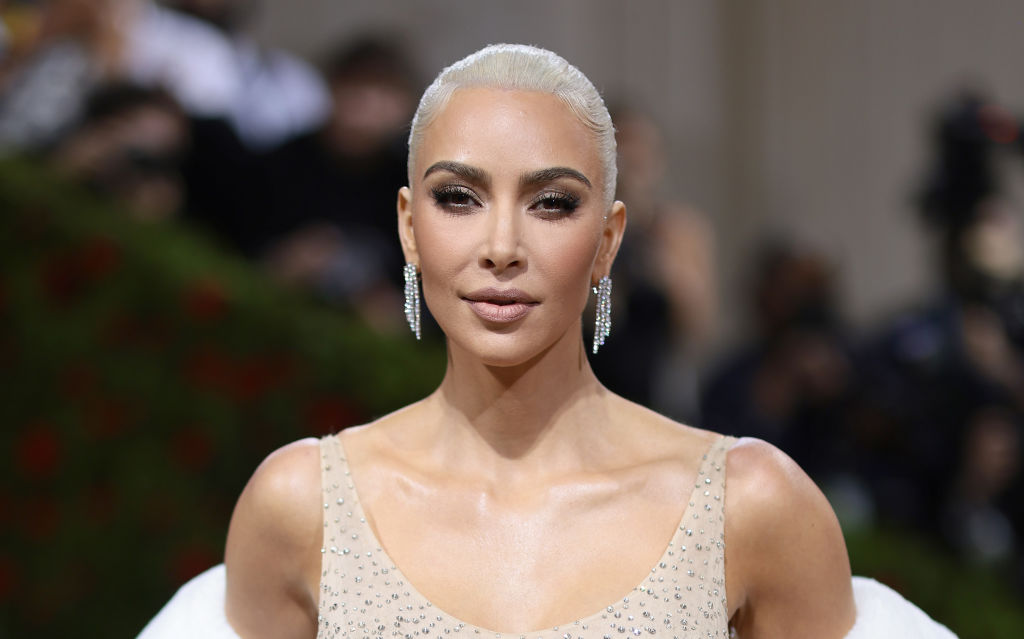 NEW YORK, NEW YORK – MAY 02: Kim Kardashian attends The 2022 Met Gala Celebrating “In America: An Anthology of Fashion” at The Metropolitan Museum of Art on May 02, 2022 in New York City. (Photo by Dimitrios Kambouris/Getty Images for The Met Museum/Vogue)

Kim Kardashian is once again making headlines for her fashion choices!

Kim recently attended Milan Fashion Week and, although she did not walk the runway, she made headlines for her super-tight glittery attire. Wearing the super tight body-con dress, Kim posted a comical behind-the-scenes video of herself having a hard time walking and climbing stairs.

In the video, Kim can be seen wearing a Dolce Gabbana dress with very high heels. And, because of how tight the dress is, Kim is seen jumping and hopping up the stairs. Clearly, Kim couldn’t walk in the dress! She used a handrail as support as she climbed by clinging to it. When attempting to enter her car, she ran into a similar issue.

Kim attended the fashion week in Milan with her sister Khloe who has now sparked dating rumours with ‘365 Days’ actor Michele Morrone. Khloe and Michele posed for a picture, leaving their fans in shock and awe at the same time!

Recently, Kim got involved in another controversy with her ex-husband Kanye West who lashed out at her family on social media.

Earlier this month, Kanye took to Instagram to share a post admitting that he has an addiction to porn and that it “destroyed” his family. Kanye has now deleted the post.
According to Page Six, Kanye wrote, “Don’t let Kris make you do playboy like she made [Kylie] and Kim do. Hollywood is a giant brothel Pornography destroyed my family I deal with the addiction Instagram promotes it Not gonna let it happen to Northy and Chicago.”
For the unversed, Kanye was referring to how Kris Jenner, who oversees Kim Kardashian and Kylie Jenner, supported her children as they participated in photo shoots for Playboy magazines in September 2019 and 2007, respectively.