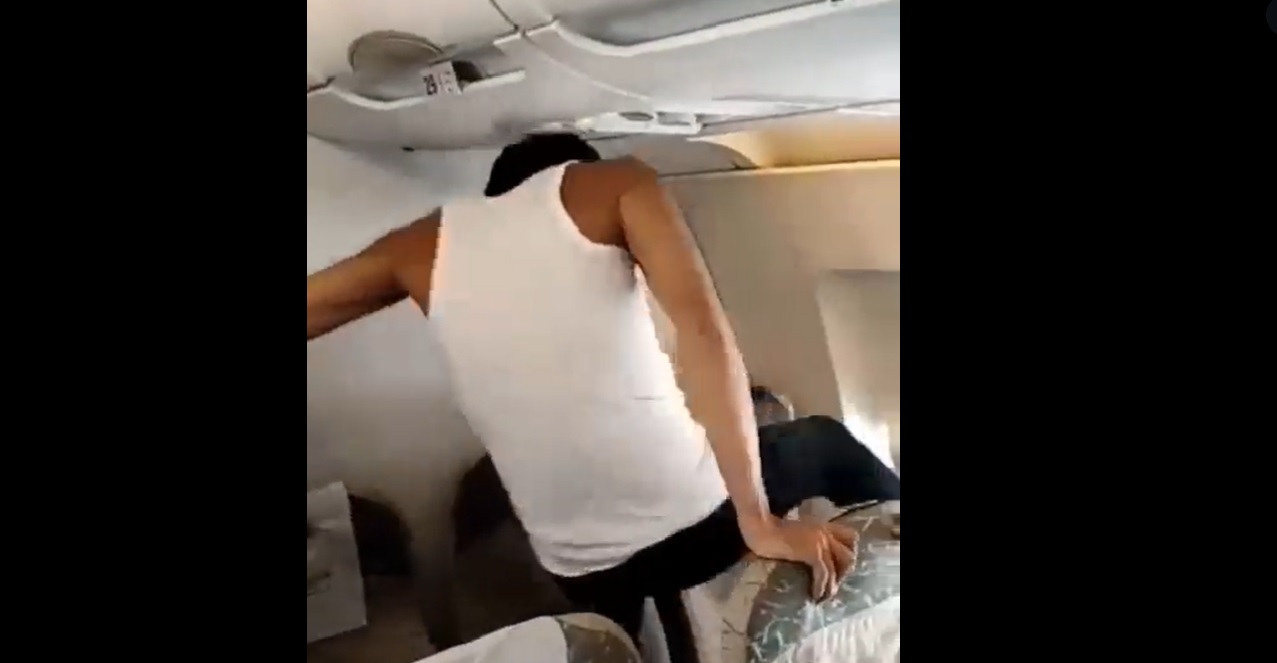 According to reports, the male passenger suddenly started punching seats, kicking the aircraft’s window and indulged in a brawl with the flight crew on PIA’s PK-283 flight on September 14.

A video of the incident has gone viral. In the clip, he was seen arguing with the cabin crew when they try to calm him down. The passenger also punched and kicked the seats and then laid down on the floor with his face down.

At one point, the staff is heard telling him ‘Don’t do this’ when he started kicking the plane’s window. His actions on the flight caused panic among staff and co-passengers.

Later, he was tied to his seat in accordance with aviation law to avoid any escalation in the situation.

On social media, many people reacted to the now viral video of the incident. While some were curious to know the reason behind his indifferent behavior, others found his actions mid-air funny.

Following the incident, the captain of the flight contacted the air traffic controller of Dubai to seek security. The passenger was taken into custody upon landing at Dubai airport.

A PIA spokesperson has said that the passenger was suffering from mental disorder.

“The pilot informed security at the Dubai airport. He was taken back to Peshawar on the next available PIA flight,” the spokesperson was quoted as saying by media outlets.

His father, who works in Dubai, accompanied him back to Pakistan.