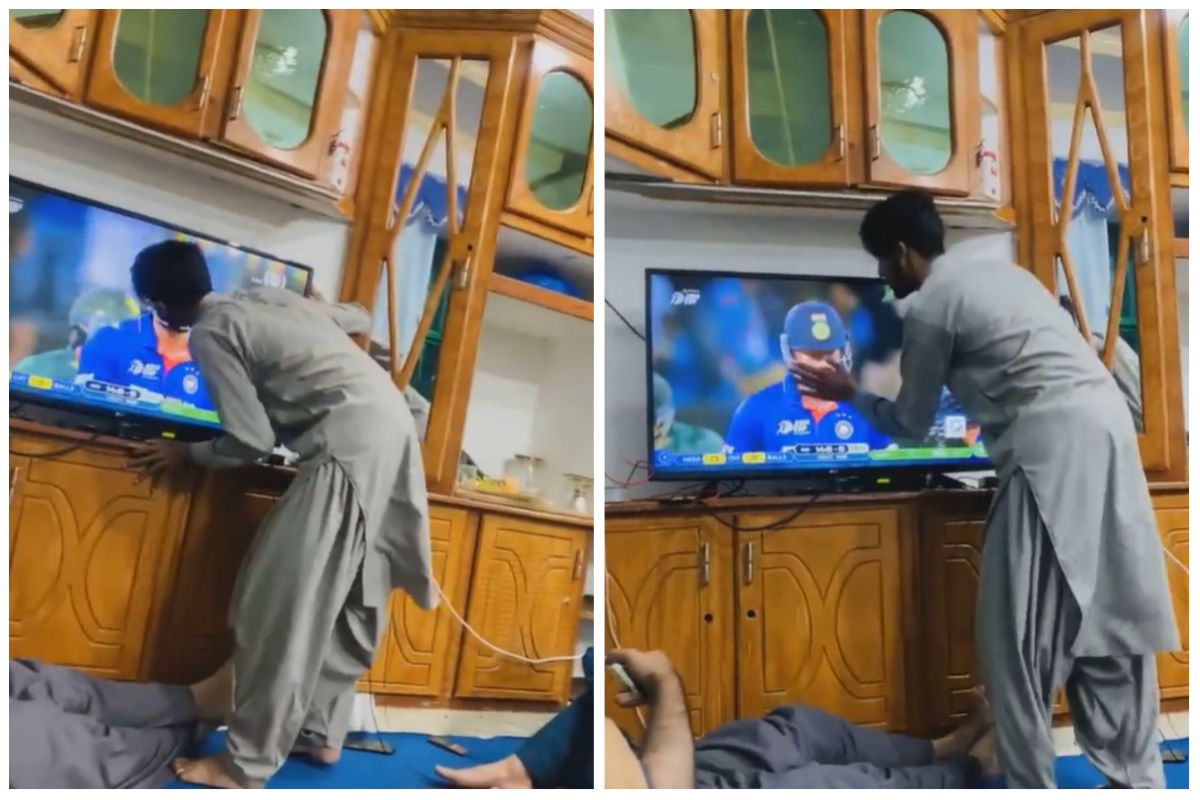 The crucial partnership between Ravindra Jadeja and Hardik Pandya helped India defeat arch-rivals Pakistan in a thrilling clash by five wickets in the second match of the Asia Cup 2022 here at Dubai International Cricket Stadium on Sunday.

As soon as the match gets over, a young excited fan is seen running toward the screen and kissing Hardik Pandya when he appears on the screen. The tweet was shared by Yousafzai Anayat, who is a women’s rights activist. “Congratulations to all our brothers. Indians And Afghans. We the people Afghanistan celebrating this victory with or friend country Indian people,” her tweet read.

The video has been shared by multiple users on Twitter and it has gone viral in no time.

Coming to the match, Pakistan were bundled out for 147 in 19.4 overs. Opener Mohammed Rizwan (43) and Iftikhar Ahmed (28) were the only ones who could contribute something decent with the bat. The pace and short-length deliveries of Bhuvneshwar Kumar (4/26), Hardik Pandya (3/25) and Arshdeep Singh (2/33) and Avesh Khan (1/19) blew away Pakistani batters and wickets fell at a regular rate.

Chasing 148, India lost KL Rahul for a duck in the very first over. After this, Virat Kohli (35) anchored the innings and formed a 49-run stand with skipper Rohit Sharma (12), who largely struggled at the other end. Twin strikes from Mohammed Nawaz, who took Sharma and Kohli’s wickets restricted India to 3/53.

Following this, a 36-run stand between Ravindra Jadeja and Suryakumar Yadav helped move the scoreboard, before Suryakumar fell to debutant Naseem Shah for 18. A 52-run stand between Jadeja (35) and Hardik Pandya (33*) followed, which took India close to a win and in-form Pandya finished the proceedings with a six with two balls to spare, giving India a five-wicket win.

Nawaz (3/33) and Naseem Shah (2/27) bowled really well for Pakistan, though not enough to give them a win.
Pandya was adjudged as ‘Man of the Match’ for his all-round performance.