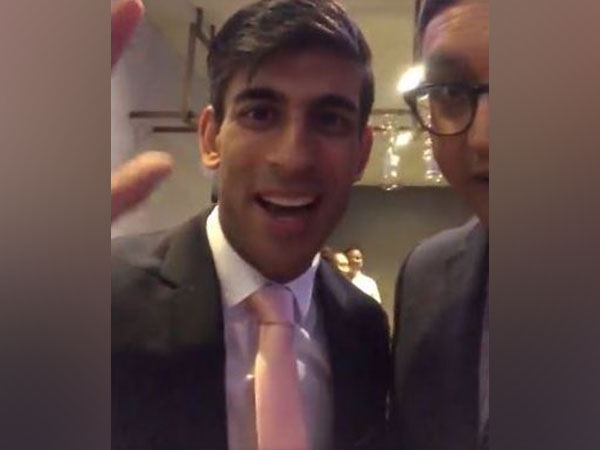 The video, in which the UK prime minister is referring to chef’s uncle as ‘Mama’ is seen as yet another leaf of his Indian connection, which has come days after his Diwali reception at 10 Downing Street and King Charles’ offering him Diwali sweets.

Chef Raina has shared a video of his short interaction with Rishi Sunak. In the video clip which the chef shared on Twitter, he can be seen saying to the camera — “Mama, I have got somebody to say hello to you”.

He then pans the camera to the left to include Rishi Sunak in the frame. Sunak says hello with an ear to ear smile. “Vijay mama, hi. It’s Rishi, how are you?” the British leader says.

The conversation does not end here. Sunak, in a sweet gesture, then invites “Vijay mama” to 10 Downing Street.

“Hopefully, you come here and see me. So when you get here, tell your nephew Sanjay to bring you to Downing Street. Take care,” he signs off.

The shared video was deluged with interesting comments pouring in a short time. Netizens were curious about who “Vijay Mama” is.

Another user praised Rishi Sunak’s demeanor when he speaks over the video call to the Chef’s uncle. The user commended Sunak for his down-to-earth nature even after his ascent to the top post.

One user also posted a pic of Amitabh Bachchan from his 1990 Indian Hindi-language action crime film Agneepath and gave it a fun angle.

Notably, Bachchan’s name in the movie was Vijay Dinanath Chauhan. They posted his pictures from the movie captioned with his famous dialogue “Henn”.