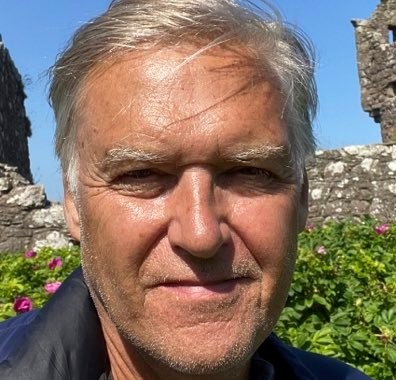 A veteran political commentator and former BBC journalist has apologised for a “unacceptable” racist remark on the diverse cabinet of new prime minister Liz Truss.

Iain Macwhirter’s “coconut cabinet” jibe on the appointment of people of colour to the three great offices of the government, sparked outrage on social media as Twitter users sought to remind him that he knew the term was offensive.

Politics professor Tim Bale posted a tweet which read: “Folk (including @BBCr4today) are (rightly!) celebrating diversity in the ‘great offices of state’. But it’s maybe worth noting Kwarteng, Cleverly, and Braverman were all privately educated. Fact is that, nowadays, the real lack of diversity in Parliament is class-based.”

Macwhirter retweeted it with the comment, “The coconut cabinet?”

It came against the backdrop of Indian-origin politician Suella Braverman becoming the new home secretary, Ghanian immigrants’ son Kwasi Kwarteng the new chancellor of the exchequer and James Cleverly of Sierra Leone heritage the foreign secretary.

The term coconut is considered uncharitable as it describes people of colour as ‘white on the inside’ at the expense of their cultural and ethnic heritage.

As the comment triggered a backlash, Macwhirter deleted his post, but The Herald newspaper announced that his weekly column would be suspended while they investigated his “offensive tweet”.

In his apology posted on Twitter on Wednesday, Macwhirter, 70, said, “Earlier, I made an ironic reference to a term used by some on the left about black people who are deemed traitors to the cause through joining the Tory Party.

“After I posted it, I realised this joke might give offence and deleted it. It was unacceptable language, wide open to misinterpretation, and I am sincerely sorry for the distress I have caused.

“I have repeatedly applauded the Conservatives for having the most diverse cabinet in British history. Indeed, I tweeted earlier that the Truss cabinet made the Scottish government look ‘hideously white’.

“I have always championed racial diversity in my columns and I am dismayed that my cack-handed attempt at humour suggested otherwise.”

However, his apology was received with scepticism.

Lecturer Adrian Hilton wrote on the microblogging platform: “I’m more astonished by the apology. Quite how Iain Macwhirter can say his tweet calling Black/Asian ministers ‘The coconut cabinet’ was “an ironic reference” (as opposed to being manifestly racist) is an insult to people’s intelligence. He knows the term is racist and offensive”.

His post had a screenshot of Macwhirter’s seven-year-old tweet which had read: “Muhammad Shoaib’s claim that SNP candidates are “coconut Pakistanis” takes offensive racial profiling to a new level.”

Macwhirter, who served as rector of Edinburgh University, is a founder-member of the campaign group Free Speech Union Scotland which opposes the cancel culture.