US passenger flights to India can resume on July 23 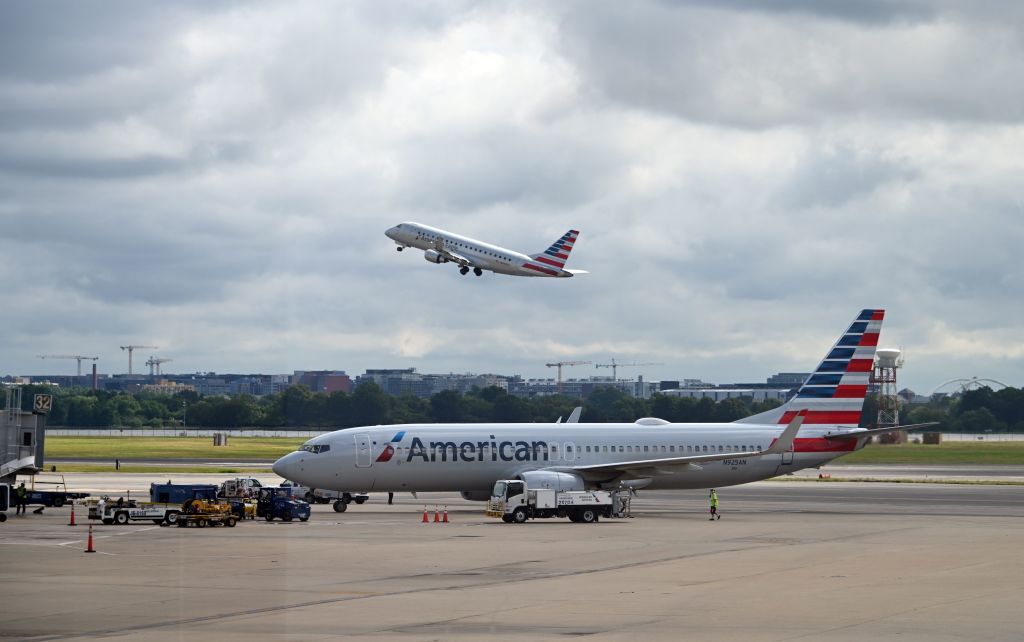 An American Eagle plane takes off while an American Airlines plane approaches a gate at Ronald Reagan Washington National Airport on July 10, 2020, in Arlington, Virginia (Photo by DANIEL SLIM/AFP via Getty Images)

THE government of India has agreed to allow the US air carriers to resume passenger services in the US-India market starting July 23, the US transportation department said.

The Indian government, citing the coronavirus, had banned all scheduled services, prompting the US transportation department in June to accuse India of engaging in “unfair and discriminatory practices” on charter air carriers serving India.

The department said it was withdrawing an order it had issued requiring Indian air carriers to apply for authorization prior to conducting charter flights, and said it had approved an Air India application for passenger charter flights between the US and India.

India’s Ministry of Civil Aviation said on Twitter it was moving to “further expand our international civil aviation operations” and arrangements from some flights “with US, UAE, France & Germany are being put in place while similar arrangements are also being worked out with several other countries.”

“Under this arrangement,” it added, “airlines from the concerned countries will be able to operate flights from and to India along with Indian carriers.”

The US transportation department order was set to take effect next week. The Trump administration said in June it wanted “to restore a level playing field for US airlines” under the US-India Air Transport Agreement. The Indian government had banned all scheduled services and failed to approve US carriers for charter operations, it added.

The US government said in June that Air India had been operating “repatriation” charter flights between India and the US in both directions since May 7.