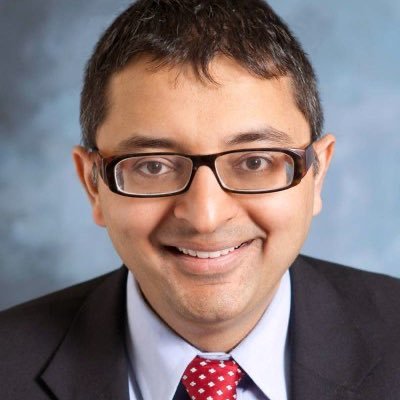 Nirav D Shah, an Indian-origin epidemiologist, has been appointed Principal Deputy Director at the US Centers for Disease Control and Prevention, making him the second-in-command at the national public health agency.

Shah, who is in his mid-forties, is currently the Director of the Maine Center for Disease Control and Prevention.

Shah will assume the new role, second in leadership under US CDC Director Rochelle Walensky, in March.

His appointment as Principal Deputy Director comes as part of a planned, broader overhaul of that agency announced by the US CDC Director in August of last year.

Shah previously served as president of the Association of State and Territorial Health Officials between March 2021 and September 2022, Politico newspaper reported.

Maine Governor Janet Mills in a statement said: “I take comfort, as Maine people should, in knowing that the U.S. CDC – and the American people at large – will soon become the beneficiaries of his leadership. Dr. Shah, on behalf of the people of Maine, thank you from the bottom of my heart.” Maine Department of Health and Human Services (DHHS) Commissioner Jeanne Lambrew appointed Director Shah to his current role as head of the Maine CDC in June of 2019, with the mission of rebuilding the agency and the State’s public health infrastructure.

“Since his arrival in Maine before the pandemic, and every day throughout it, Dr. Shah has been a trusted advisor to me and an extraordinary leader of the Maine CDC. But even more than that, he was a trusted advisor and a leader to the people of Maine during one of the greatest public health crises of our time,” said Governor Mills.

“I strongly believe that Maine’s nation-leading success in confronting the pandemic is due in large part to Dr. Shah’s leadership, and there is no doubt in my mind that he saved the lives of many Maine people,” Mills added.

Shah said he was sad to leave the Maine CDC.

“I’m thankful for the opportunity that Governor Mills and Commissioner (Jeanne) Lambrew provided me to serve the people of Maine,” he said.

“In my new role, I will be honoured to serve not just Maine, but the entire nation and carry forward the good work that we have done here. As I prepare for this next step, I thank the people of Maine for taking care of me, as I’ve always asked them to take care of each other,” he added.