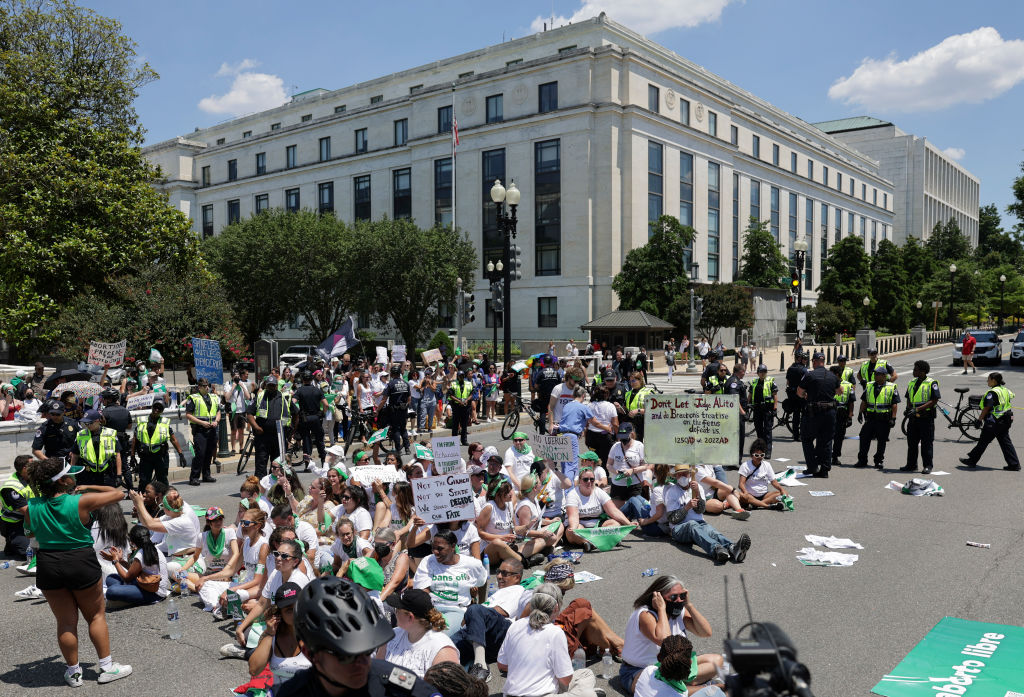 A 10-year-old girl six weeks and three days pregnant in Ohio was denied an abortion in the state after the Supreme Court of US overturned the Roe vs Wade decision last week.

The patient is now travelling to Indiana for an abortion, the Hill reported on Saturday. A child abuse doctor in Ohio contacted Dr Caitlin Bernard, an obstetrician-gynecologist in Indiana, after receiving a 10-year-old patient who was six weeks and three days pregnant, the Indianapolis Star reported.

That patient is now heading west to Indiana given that an abortion ban in Ohio, which prohibits the medical procedure when fetal cardiac activity begins, around six weeks, had become effective quickly after the court issued its decision, reported The Hill.

The overturning of Roe vs Wade, demonstrates the tangible impacts that it has on patients seeking access to the medical procedure.

While several groups filed a lawsuit seeking to block the state law from taking effect on Wednesday, an emergency stay of the abortion ban was rejected by the Ohio Supreme Court on Friday, meaning that the ban can be upheld as the case is reviewed, Cincinnati Enquirer reported.

Ohio is among a number of states that have rolled back abortion access since the Supreme Court eliminated the constitutional right to an abortion. Some laws have been paused pending legal challenges.
But Indiana could soon find itself passing its own abortion law later this month given that a special session has been scheduled for later in July and the legislature is expected to touch on a ban on the medical procedure, WFYI reported.

On June 24, 2022, the Supreme Court of the US abolished abortion rights while overturning the constitutional right granted to women in a historical 1973 ruling called Roe vs Wade. Through this abortion was legalized across the states.

The Supreme Court has struck down Roe vs Wade, eliminating the nearly 50-year-old constitutional right to abortion and ruled that states may regulate the practice of it, according to a media report.
“The Constitution does not confer a right to abortion; Roe and Casey are overruled; and the authority to regulate abortion is returned to the people and their elected representatives” the ruling said.

Meanwhile, the Bombay High Court in an order passed on June 27, 2022, granted liberty to a minor girl to undergo medical termination of her pregnancy.

Bombay High Court allowed the termination of a 16 weeks’ pregnancy of a minor who was a victim of sexual abuse and noted that the Apex Court in its order in 2009, has observed that reproductive choice is an insegragable part of a woman’s personal liberty as envisaged under Article 21 of the Constitution of India.

The Bombay High Court bench of Justice Urmila Joshi Phalke and Justice AS Chandurkar in an order noted, “She contended that said pregnancy is unwanted. Admittedly, she cannot be forced to give birth to a child. As observed by the Hon’ble Supreme Court that it is the right of a woman to have a reproductive choice. She has a choice to give birth to the child or not.”

The Court noted that the Medical Board opined that the pregnancy could be terminated if the petitioner is a minor girl. She is subjected for sexual assault. It is difficult for her to carry said unwanted pregnancy.