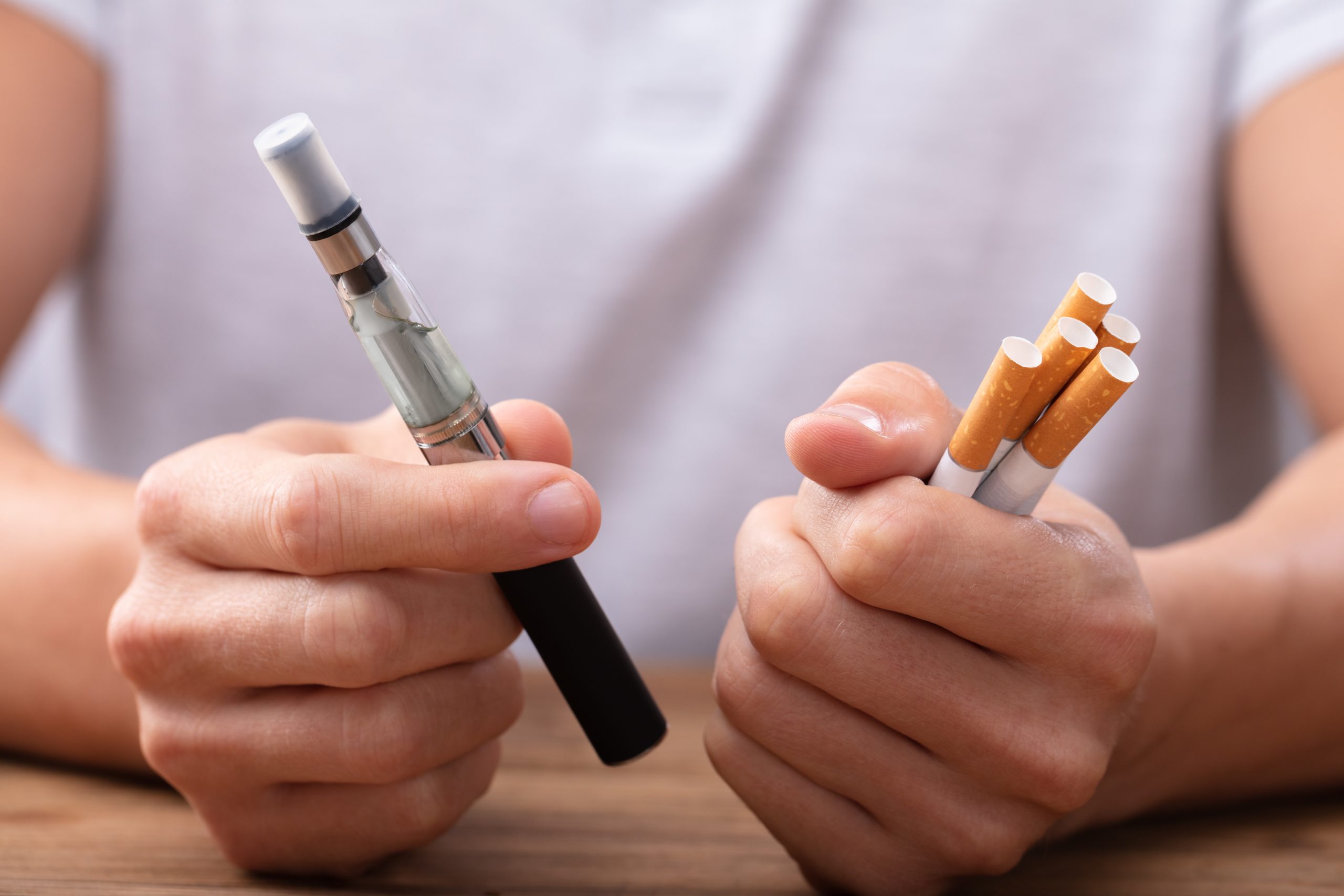 In the UK, e-cigarettes have become a very popular stop-smoking aid in recent years, informs the NHS. Known as vapes or e-cigs, these smoking aids are considered to be less harmful than traditional cigarettes and can help smokers to quit smoking completely.

WebMD informs that a “vape,” or electronic cigarette, is a device that heats up a liquid to create a vapor that is inhaled. Some types of vaping devices include pens, e-cigarettes, and hookahs.

Vaping devices produce an aerosol byproduct from heating up a liquid that sometimes contains flavorings and other chemicals that make vaping seem less severe than smoking, at least initially.

The prevalence of smoking is much higher in areas that are deprived (including Great Yarmouth, in Norfolk) where one in three workers are reported to smoke, say the researchers from the University of East Anglia (UEA).

The researchers have worked with GPs and NHS stop smoking service Smokefree Norfolk to deliver a pilot scheme to over-18s in Great Yarmouth (between December 2019 and July 2021) warning of an “urgent need” to reduce smoking rates to cut down early deaths and to tackle health inequalities.

The pilot scheme has been expanded to around 750,000 adults in Norfolk, the Daily Mail informs.

According to the scheme almost 670 people were referred to a vape shop to redeem a vape device and starter kit voucher (£25 ) during the trial. It was reported that just 340 participants went on to redeem the £25 voucher.

The vouchers were supposedly distributed as it was observed that the start-up costs of vaping acts as a “barrier” for people who want to use them to kick the smoking habit.

Researchers observed that within one month, four in 10 of the smokers who used the coupons said they had quit smoking for good.

Therefore, the research team at the University of East Anglia has reportedly stated that since the early results are so good, it should be rolled out nationally to bring down smoking rates.

As a result, the researchers now want GPs to be able to prescribe e-cigarettes to patients struggling to quit smoking.

According to the recent study, smokers who switch to vaping may be better able to stay smoke-free in the long run.

The researchers affirm that even those people who didn’t want to stop smoking, have eventually quit smoking because they find vaping more enjoyable.

Lead researcher Dr Caitlin Notley from UEA’s Norwich Medical School is quoted as saying, “E-cigarettes are at least 95 per cent less harmful than tobacco smoking, and they are now the most popular aid to quitting smoking in the UK.

“However, the idea of using e-cigarettes to stop smoking, and particularly long-term use, remains controversial.

“We wanted to find out about how people use e-cigarettes to quit smoking – and whether vaping supports long-term smoking abstinence.”

According to the results published in Nicotine & Tobacco Research – 143 people had quit smoking cigarettes within a month.

Dr Caitlin states, “Research shows that vaping is an effective way of quitting smoking, compared to nicotine replacement therapies like patches and gum.

“Our research has previously shown that they may be particularly helpful in helping people to not only quit, but to stay quit for good.’

She added that the scheme saw the NHS recognize, “that other forms of smoking cessation support do not work for everyone.”

She further noted, that the findings are “especially important because it helped those who have tried and failed to quit smoking many times to move away from tobacco.

“Overall, the project was well received by smokers as it offered an affordable route into vaping. GPs supported the scheme and appreciated being able to offer an alternative to entrenched smokers,” she told The Daily Mail.

Speaking about whether vaping is better than traditional cigarettes, Alison Cox, director of cancer prevention at Cancer Research UK is quoted as saying, “The evidence so far shows that e-cigarettes are far safer than tobacco. E-cigarettes do still contain nicotine which is addictive, but it’s not responsible for the major harms of smoking. This is why they have great potential as an aid to help people quit smoking for good.

“It’s great to see this early indication that e-cigarettes could encourage smokers who weren’t originally thinking of quitting to give up. But more research is needed to understand exactly how e-cigarettes are being used by people who don’t want to stop smoking and how often this results in quitting.

“E-cigarettes are just one option for quitting – your local Stop Smoking Service can give you free advice on the best method for you, and with their support you’ll have the best chance of success.”