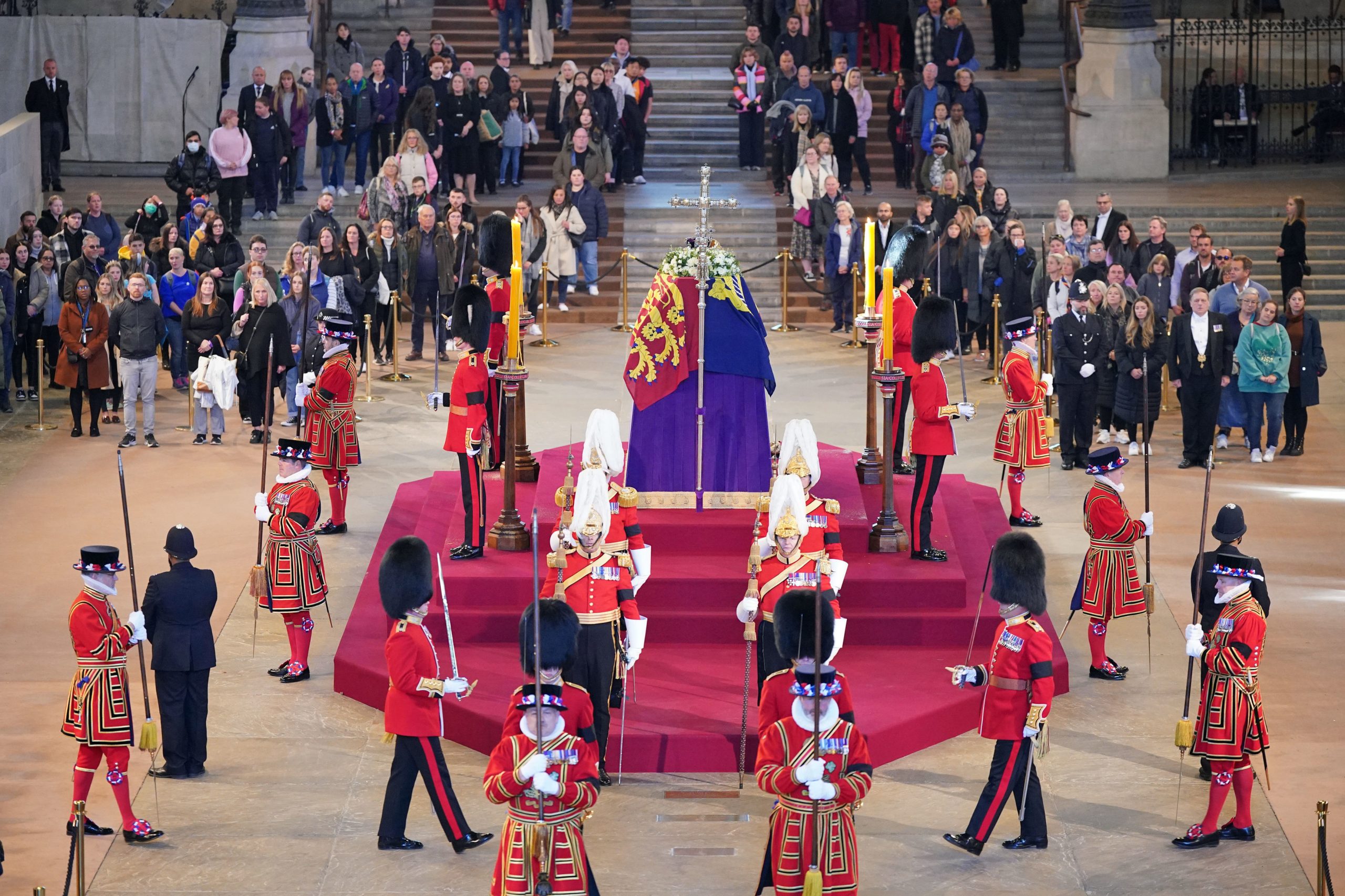 As the Queen lies-in-state at Westminster Hall before being removed for Monday’s state funeral at Westminster Abbey, many have questioned how Her Majesty’s coffin can be publicly displayed for so long. One mortician has taken to TikTok to explain the procedures.

TikTok mortician ‘AskTheUndertakr’, who uses his platform to answer questions about what happens to us after we die, has explained what likely happens after a member of the Royal Family dies.

Lead-lining is a Royal tradition that dates back to centuries as it helps preserve the body for up to a year.

It is already been confirmed that Queen Elizabeth’s coffin is to be lead-lined, which according to experts ensures everything stays intact. However, this is likely not the only method used, the undertaker explains.

The undertaker is reported to have said, “”Because of the wealth and the stature and influence that the Royal Family has, they would secure the best embalmers, the best facilities, the best of everything.

“No expense would be spared when it comes to the care and preparation of the Queen’s body.”

He adds, “I have every reason to believe that it was only a very short time after her death that the embalming would have occurred.”

Embalming is reportedly a process that has long been used by the royals, involving preservative fluids injected into the body to delay decomposition.

Queen Elizabeth, I was embalmed after her passing in 1603 and her coffin was placed in Whitehall Palace for three weeks before her burial. The Queen’s father, King George VI too, was embalmed.

However, previous long-reigning royal Queen Victoria famously refused to have the process done and chose not to lie in state, the Express informs.

Also, there has been no confirmation of whether Queen Elizabeth II opted to be embalmed or not. However, the public will be able to pay their respects to the Queen at Westminster Hall until Monday morning.

The undertaker reportedly explained that embalming would “be able to lie in state for the ten-day [mourning] period and without any ill-effects.”

He is quoted as saying, “They would have done everything possible to ensure that the Queen’s body is well-preserved and restored to an almost near-perfect condition.

“Everything possible in the embalmer’s tool kit, so to speak…”

“I also believe that they probably have some cooling devices or something underneath. Perhaps in the bottom of the casket or underneath the stand where she will be laid in state to help with cooling et cetera.

“Again, no expense would be spared. The embalming process would be done by probably the best embalmer in England, in Europe, and it would be done in every possible way so that there is perfection or as close to perfection as one can achieve.

“Again, no expense would be spared. The embalming process would be done by probably the best embalmer in England, in Europe, and it would be done in every possible way so that there is perfection or as close to perfection as one can achieve.

“The embalming process would be very slow. It would probably have gone on for hours.”

For centuries, royals have been buried in crypts and vaults. The Queen will be buried in the King George VI Memorial Chapel at St George’s Chapel in Windsor, where her parent and sister are already laid to rest.