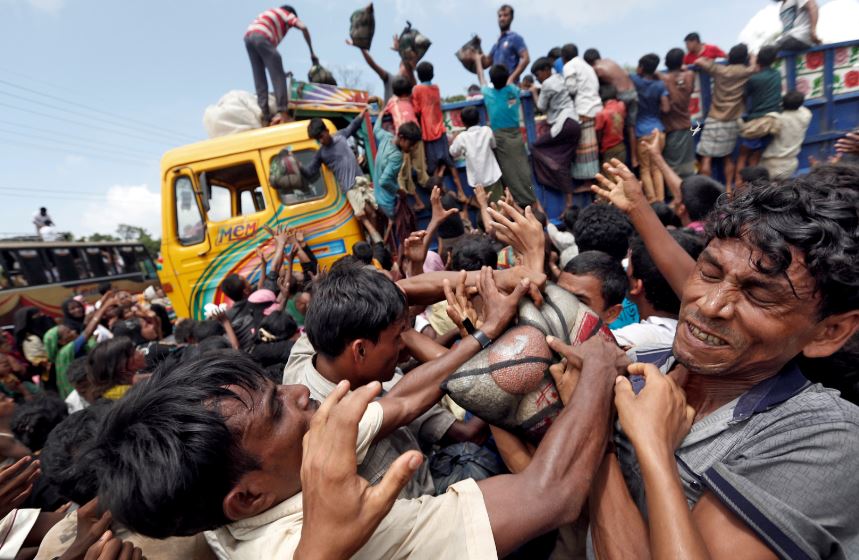 The UN human rights investigator to Myanmar said on Tuesday(22) an election set for November would fail to meet international standards because of the disenfranchisement of hundreds of thousands of Rohingya Muslims.

Thomas Andrews, addressing the UN Human Rights Council, said the polls could not be free and fair because of the exclusion of Rohingya of voting age living in the western Rakhine state and in refugee camps in neighboring Bangladesh.

“The results of an election cannot accurately reflect the will of the people, when the right to vote is denied because of a person’s race, ethnicity or religion,” he told the Geneva forum.

“And, I have seen no evidence that the government is willing or prepared to facilitate the right to vote for hundreds of thousands of voting age Rohingya located in Rakhine State or in refugee camps in Bangladesh,” he said.

More than 730,000 Rohingya fled Myanmar for Bangladesh in 2017 during a military-led crackdown the United Nations has said was executed with genocidal intent. The country denies the allegations and says it was targeting militants who attacked police posts.

Hundreds of thousands of Rohingya remain in Rakhine state where they are mostly confined to camps and villages.

Kyaw Tun, Myanmar’s ambassador to the United Nations in Geneva, told the U.N council the country’s electoral body had “set forth criteria for the elections to be free, fair, transparent, trustworthy and reflective of the desire of voters”.

He said the body had scrutinized applications to ensure all could patke part equally.

“Every citizen without any discrimination who meets the criteria set in the election law can run for a public office,” he said.

Of at least a dozen Rohingya who applied to run as candidates in the election, six were rejected after officials said they failed to prove their parents were citizens at the time of their birth, a requirement under the election law.

Myanmar does not recognise the term Rohingya or the community as an indigenous ethnic group.

Instead, they are derided as Bengalis, implying they are illegal immigrants from Bangladesh, despite tracing their history in Myanmar’s Rakhine State back for centuries.

Successive military governments that ruled Myanmar stripped the Rohingya of identity documents, leaving many with no proof of their origins.