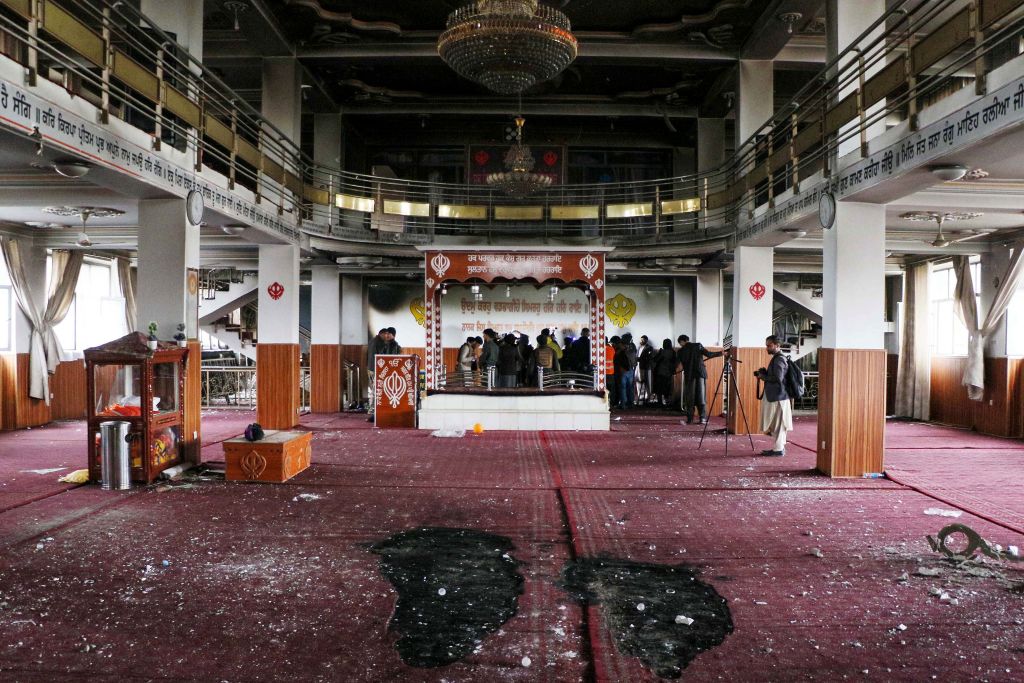 Security personnel inspect a damaged Sikh-Hindu Temple alongside with media representatives following a gun attack in Kabul on March 25, 2020. (Photo by STR/AFP via Getty Images)

THE UN Security Council has condemned the “heinous and cowardly” terrorist attack on a Sikh gurudwara in Kabul that killed 25 people.

It said that the perpetrators and sponsors of these “reprehensible” acts should be made accountable and bring them to justice.

The over two dozen worshippers were killed and eight others injured when a heavily armed suicide bomber stormed a prominent gurdwara on Wednesday in the heart of Afghanistan’s capital of Kabul, in one of the deadliest attacks on the minority Sikh community in the strife-torn country.

The 15-nation Council said it “condemned in the strongest terms the heinous and cowardly terrorist attack” that took place in Shor Bazar area.

The Islamic State (IS) terror group, which has targeted Sikhs before in Afghanistan, claimed responsibility for the attack.

Expressing their deepest sympathy and condolences to the families of the victims and to the government of Afghanistan, the Council members reaffirmed that terrorism in all its forms and manifestations constitutes one of the most serious threats to international peace and security.

“The members of the Security Council underlined the need to hold perpetrators, organizers, financiers and sponsors of these reprehensible acts of terrorism accountable and bring them to justice, and urged all States, in accordance with their obligations under international law and relevant Security Council resolutions, to cooperate actively with the Government of Afghanistan and all other relevant authorities,” the statement said.

The members of the Security Council reiterate that any acts of terrorism are criminal and unjustifiable, regardless of their motivation, wherever, whenever and by whosoever committed, it said.