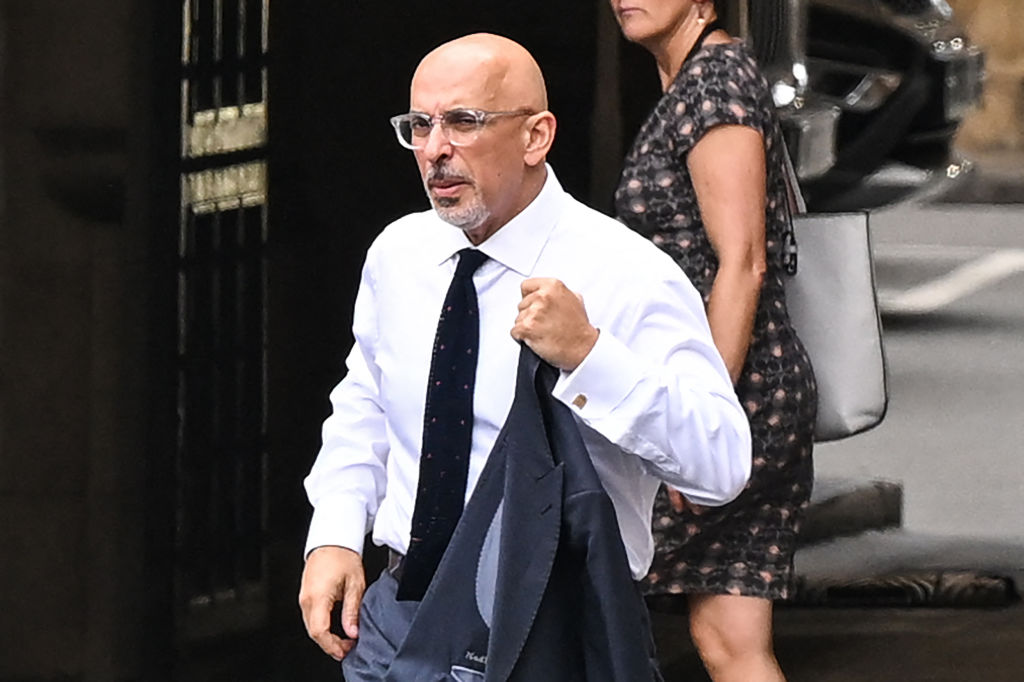 Britain’s Chancellor of the Exchequer Nadhim Zahawi leaves the Houses of Parliament at the end of the last weekly Prime Minister’s Questions (PMQs) session of Britain’s Prime Minister Boris Johnson on July 20, 2022. – To one last round of cheers from his recently mutinous MPs, UK Prime Minister Boris Johnson bowed out of his final setpiece event in parliament, signing off by saying: “Hasta la vista, baby!” The House of Commons breaks for its summer recess on on July 21, and the new leader is set to be announced when it reconvenes on September 5. The final two candidates to become UK prime minister will be decided later on day, with Foreign Secretary Liz Truss and Penny Mordaunt battling it out to make an expected runoff against frontrunner Rishi Sunak. (Photo by JUSTIN TALLIS / AFP) (Photo by JUSTIN TALLIS/AFP via Getty Images)

Foreign secretary Truss “will overturn stale economic orthodoxy and run our economy in a Conservative way,” Zahawi wrote in The Telegraph.

Zahawi, who took over as finance minister from Rishi Sunak in early July, was eliminated from the UK leadership contest in the first vote after he failed to get the required minimum of 30 votes. Read full story

Attorney General Suella Braverman and Chair of Parliament’s Foreign Affairs Committee Tom Tugendhat, who were both eliminated from the race, are also backing Truss in the leadership contest.