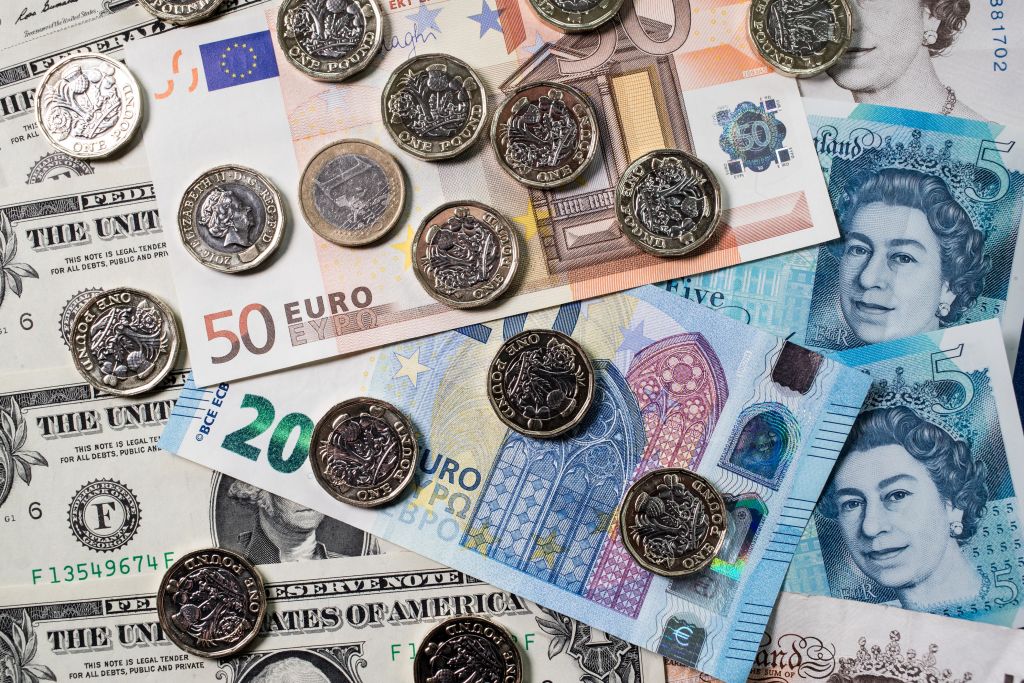 BATH, ENGLAND – APRIL 04: The new £1 pound coin is seen alongside US dollar bills and euro coins on April 4, 2017 in Bath, England. Currency experts have warned that as the uncertainty surrounding Brexit continues, the value of the British pound, which has remained depressed against the US dollar and the euro since the UK voted to leave in the EU referendum, is likely to fluctuate. (Photo by Matt Cardy/Getty Images)

Prime Minister Boris Johnson came under heavy criticism on Monday for allowing a political vacuum at the heart of his government to threaten an even deeper economic crisis in Britain before his successor takes office in September.

Britain is bracing for a long recession as energy prices surge to unprecedented levels, leaving millions of people at risk of economic hardship.

But the political response has been overshadowed by a leadership campaign to find a new prime minister that runs until Sept. 5, with candidates Liz Truss and Rishi Sunak mostly clashing over how far they will cut taxes, and when. Truss, the favourite, has said she does not favour “handouts”.

Gordon Brown, a Labour prime minister during the 2008 financial crash, warned the country was facing an “economic time bomb” if it did not draw up a plan now for the difficult winter ahead.

“This week is the key week,” Brown told LBC Radio, saying the government should be working with the two leadership contenders before energy bills rise by an expected 70% in October.

Nicola Sturgeon, the first minister of Scotland, told Johnson in a letter that the “paralysis” had to stop now.

The blue-chip business lobby group Confederation of British Industry said the new government would need a plan in place for when it takes over.

“We simply cannot afford a summer of government inactivity while the leadership contest plays out,” Director General Tony Danker said.

The scale of the economic hit facing Britain was laid out by the Bank of England on Thursday when it raised interest rates by the most in 27 years to tackle inflation that is on track to top 13%, even as it warned of a long recession. Read full story

Energy regulator Ofgem will publish its next price cap on August 26, with average household prices expected to rise from 1,277 pounds ($1,547.47) at the start of this year to around 3,400 pounds in October, and rise again in January.

With energy prices forecast to stay high, the central bank said Britain is facing its biggest slump in living standards since records began in the 1960s.

Johnson’s government, with Sunak at the Treasury, set out a 15 billion pound package of support in May, but wholesale energy prices have continued to rise since then.

Johnson’s spokesman said on Monday it would be up to the next British leader to decide whether further support was needed.

The opposition Labour Party has criticised Johnson and his new finance minister, Nadhim Zahawi, for going on holiday as the economy deteriorated, dubbing it a “zombie” government that has “checked out” of office.