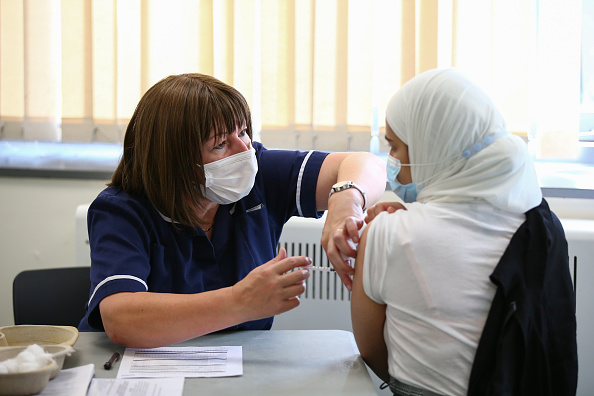 ENGLAND’s National Health Service (NHS) has released a short film to boost vaccine confidence among south Asian and Black communities in the country.

Featuring a few vaccinated members of the UK’s BAME community, the film aims to boost the vaccine uptake among people, especially from Pakistani and Bangladeshi backgrounds since reports say that they are still among those least likely to come back for their second dose. Vaccine confidence among these communities, however, has found to have increased over the past few months.

According to the Office of National Statistics (ONS), vaccine hesitancy has halved in the past few months among Asian and Asian British people from 16 per cent in February to 7 per cent in May 2021.

Dr Amir Khan, NHS GP, said: “It’s really important that people come back and get their second dose, as you need two doses of the vaccine for the best protection against Covid-19.”

NHS’ short film shows people from minority ethnic background- all of whom initially had some reservations about getting the vaccine- speaking about their choice to get the jab. UK faced one of the worst Covid-19 outbreaks in Europe, which is said to have a disproportionate impact on South Asian communities.

Revealing her reason for getting the vaccine, Kiran Virdee, a personal trainer, who appears in the video, said that she wants to live longer to be around her grandchildren, friends and family.

Rani Daljit Malik, who appears in the video, revealed that she took the vaccine because she lost a lot of loved ones.

“I decided to take it so I could protect myself and my loved ones as well,” Malik said.

Covid-19 vaccines are reportedly already having a significant impact in the UK, as Public Health England data indicates that the vaccines have saved more than 14,000 lives and prevented about 42,000 hospitalisations across the country.

Data says that more than 43 million people in the UK have received their first dose and around 31 million people have had their second dose, including over two million people from the South Asian community, making more than 63 per cent of UK’s adult population double-jabbed.

NHS’s vaccination drive is now open for everyone aged 18 and over in England. People who are being invited by their GP or the NHS to get the Covid-19 vaccine also include those who have previously declined.

Additionally, the vaccinations can be booked without an NHS number and regardless of an individual’s immigration status.